Accessibility links
Laurene Powell Jobs, Widow Of Steve Jobs, To Buy Stake In 'The Atlantic' The widow of Apple co-founder Steve Jobs is acquiring a majority ownership in The Atlantic magazine and its affiliated businesses. 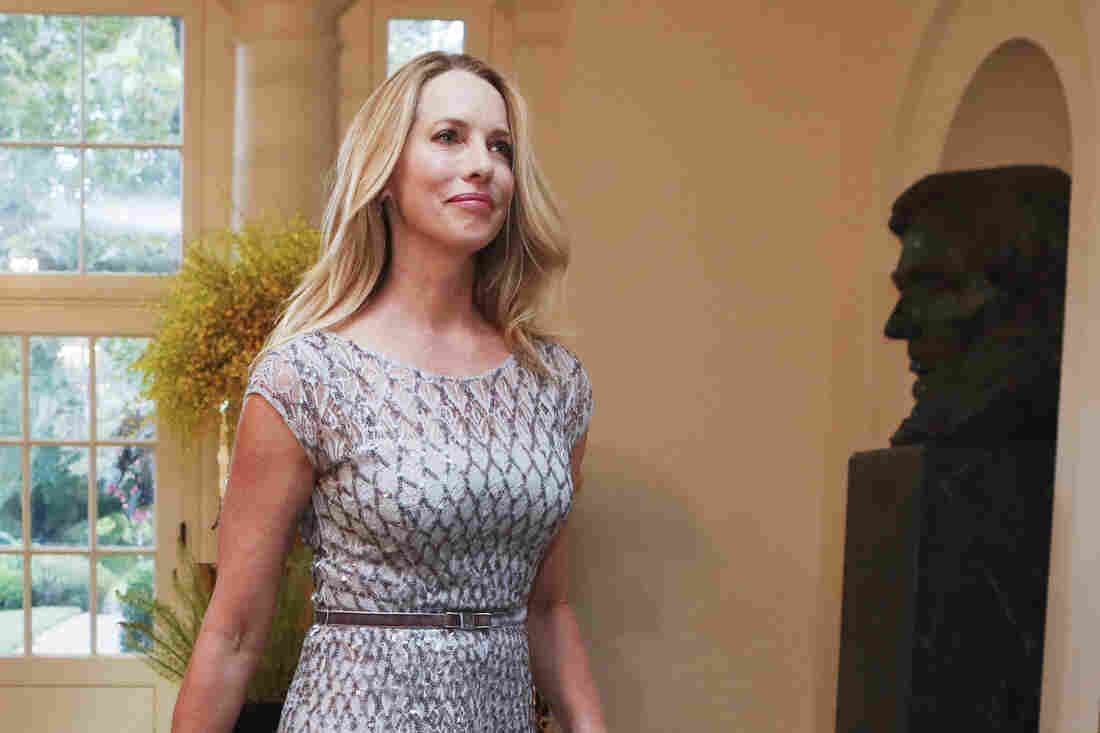 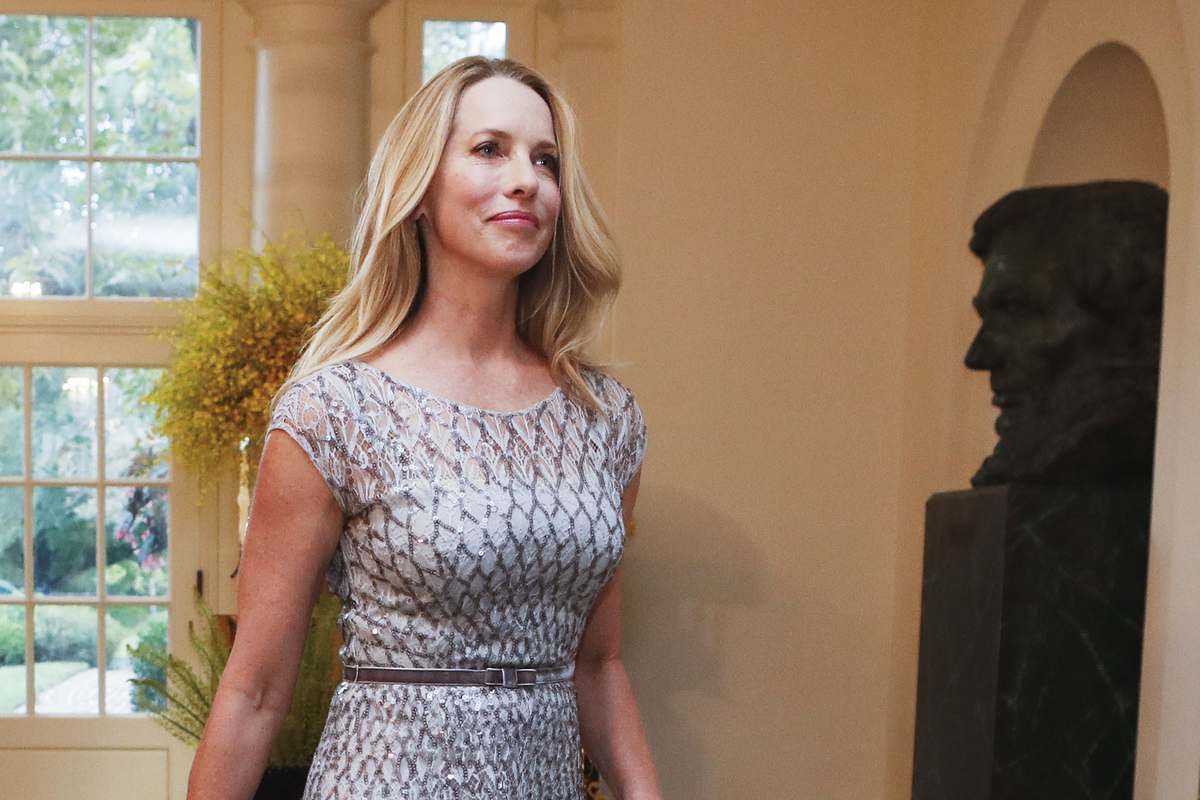 Laurene Powell Jobs, Founder of Emerson Collective, arrives for a State Dinner at the White House in 2016.

The Atlantic magazine, founded in 1857 as a crusading publication by an anti-slavery group, will be acquired by the widow of the man behind the iPod and whose philanthropic organization is named for one of those very abolitionists.

Laurene Powell Jobs's Emerson Collective, named for Ralph Waldo Emerson, will buy a majority stake in The Atlantic. The current owner, David Bradley, has transformed the magazine in his eighteen years there, with a greater focus on politics and a refashioning of its finances.

Bradley will continue to hold a minority stake in the magazine and is to run it for at least the next three-to-five years, along with his executive and editorial team, which includes Atlantic editor-in-chief Jeffrey Goldberg. Emerson Collective is likely to acquire Bradley's remaining interest in several years. The sale should close within 60 days, according to Atlantic Media. Other Atlantic Media properties, including National Journal, Quartz and Government Executive Media Group are not included in the deal.

It is not a time of crisis for the venerable magazine. The Washington Post's media columnist, Margaret Sullivan, recently devoted a column to Atlantic Media's financial resurgence, saying its revenues from consulting, digital advertising, conferences and other resources enabled its journalism to be "very vital indeed" for a fractious era.

In a memo to staffers, Bradley, now 64, said he had been thinking about succession for two years, as his three sons showed little interest in entering media. "From the first, Laurene Powell Jobs sat atop the list," Bradley wrote. "Emerson Collective had begun to invest in serious journalism for its own sake." Jobs' organization, which is focused on education, immigration reform, the environment and social justice concerns, has also given grants to nonprofit news outlets such as Mother Jones and has a stake in the new digital start-up Axios and television and film production companies.

Jobs, the widow of the late Apple co-founder Steve Jobs, hailed The Atlantic for its mission "to bring about equality for all people; to illuminate and defend the American idea; to celebrate American culture and literature; and to cover our marvelous and sometimes messy democratic experiment."

She is the latest investor whose wealth is built on a digital fortune to enter the world of news. Amazon founder Jeff Bezos acquired The Washington Post personally at a time of severe financial distress for the paper and has helped oversee a digitally-driven turnaround. E-bay co-founder Pierre Omidyar has experienced mixed results with his journalistic forays, with his most successful efforts at the The Intercept and the Honolulu Civil Beat. Facebook co-founder Chris Hughes bought the financially troubled New Republic magazine in 2012, only to sell it off several years later, declaring he had underestimated the challenge of reinventing the magazine for digital publishing.

The new vice chairman for The Atlantic will be one of Jobs' top aides, Peter Lattman, a former lawyer who worked at Goldman Sachs before becoming a journalist. He was most recently The New York Times' deputy business editor who oversaw media coverage before joining Emerson Collective.