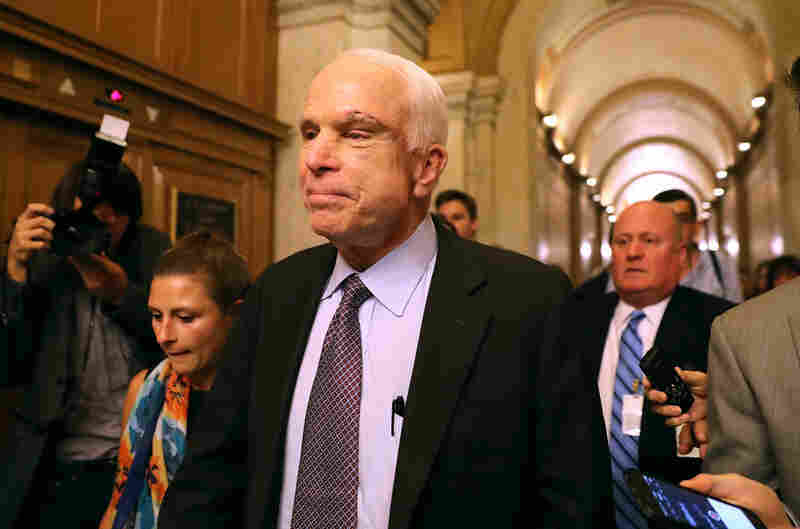 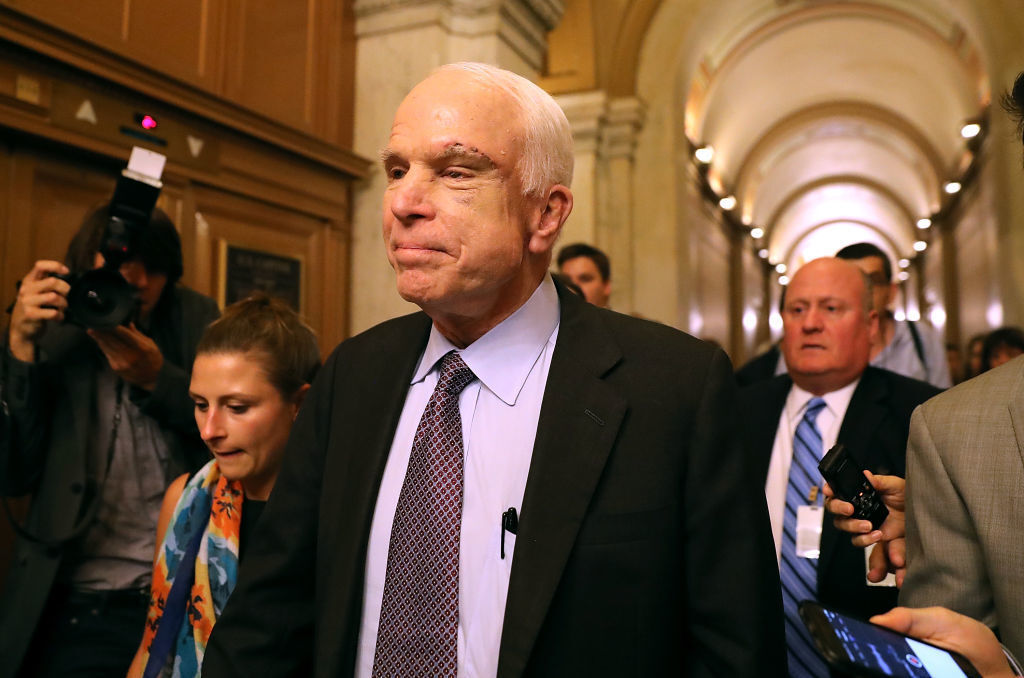 Sen. John McCain says defeat of the Republican plan to repeal the Affordable Care Act is a chance for a fresh start.

The day following the defeat of the latest attempt to overturn the Affordable Care Act, Republicans predictably expressed disappointment, Democrats relief, and both sides uncertainty over what, exactly, comes next.

House Speaker Paul Ryan, R-Wis., issued a statement that pointedly reminded GOP voters that the House upheld its end of the deal and approved a bill repealing and replacing Obamacare.

"Unfortunately," Ryan said, "the Senate was unable to reach a consensus. I am disappointed and frustrated, but we should not give up. I encourage the Senate to continue working toward a real solution that keeps our promise."

Speaking to a audience of law enforcement officers on Long Island, N.Y., President Trump said, "They should have approved health care last night, but you can't have everything, boy oh boy." He added, "They've been working on that for seven years, can you believe that? The Swamp. But we'll get it done, we're going to get it done." Trump also stated that he "said from the beginning, let Obamacare implode and then do it. I turned out to be right, let Obamacare implode."

Senate Democratic leader Chuck Schumer, though clearly pleased with the outcome of the vote early Friday morning, insisted it was "not a time for celebration, it's a time for relief." He praised Republican Sen. John McCain as a hero for his vote against the Senate GOP repeal plan, calling it it an "amazing moment" — one he hopes will be "a turning point where the Senate turned back from it's partisanship and started to work together."

In his own statement, McCain said the failure of the GOP plan "presents the Senate with an opportunity to start fresh. It is now time to return to regular order with input from all of our members — Republicans and Democrats — and bring a bill to the floor of the Senate for amendment and debate."

Sen. Susan Collins of Maine, another of the three Republicans to vote against the GOP plan (Alaska's Lisa Murkowski was the other), said she is pleased that Sen. Lamar Alexander, R-Tenn., has said he will hold hearings on reform measures.

Schumer suggested the two sides could find consensus on measures aimed at shoring up Obamacare, saying, "Nobody has said Obamacare is perfect."

But whether there's much appetite among Republicans for merely tweaking the health insurance program remains to be seen.

Trump tweeted after the GOP plan was defeated that the next step should be "let Obamacare implode, then deal."

3 Republicans and 48 Democrats let the American people down. As I said from the beginning, let ObamaCare implode, then deal. Watch!

Schumer called that approach "sabotage," and said he hopes Republicans in the House and Senate "will turn a deaf ear on that."

Rep. Charlie Dent, R-Pa., was critical of Trump, saying, "He never really laid out core principles and didn't sell them to the American people."

Whether repeal of the Affordable Care Act is really, most sincerely dead, as the Wicked Witch in the Wizard of Oz was pronounced, remains to be seen.

After the vote, Senate Majority Leader Mitch McConnell said on the floor, "I regret that our efforts were simply not enough at this time." He denounced Democrats' opposition to Republican efforts to "find a way to something better than Obamacare," adding, "It's time for our friends on the other side to tell us what they have in mind. And we'll see how the American people feel about their ideas."

He concluded his remarks by saying, "It's time to move on," naming the next legislation on the agenda for Friday.

House Speaker Paul Ryan said in a statement that "cutting taxes for middle class families and fixing our broken tax code" is at the top of his list when Congress returns from its August recess.

At a House GOP conference Friday morning, Ryan reportedly recited the lyrics to "The Wreck of the Edmund Fitzgerald," a metaphor he suggested for the sinking of the GOP's seven-year journey to repeal Obamacare.

Traveling Friday afternoon, President Trump responded to questions about the health care vote by saying, "It's going to be fine."