Accessibility links
'Atomic Blonde' Director Brings Stuntman Skills To His 'Punk Rock Spy Thriller' David Leitch worked as a stuntman on countless films before jumping into the director's chair. His new film follows a spy, played by Charlize Theron, as she punches her way through 1989 Berlin. 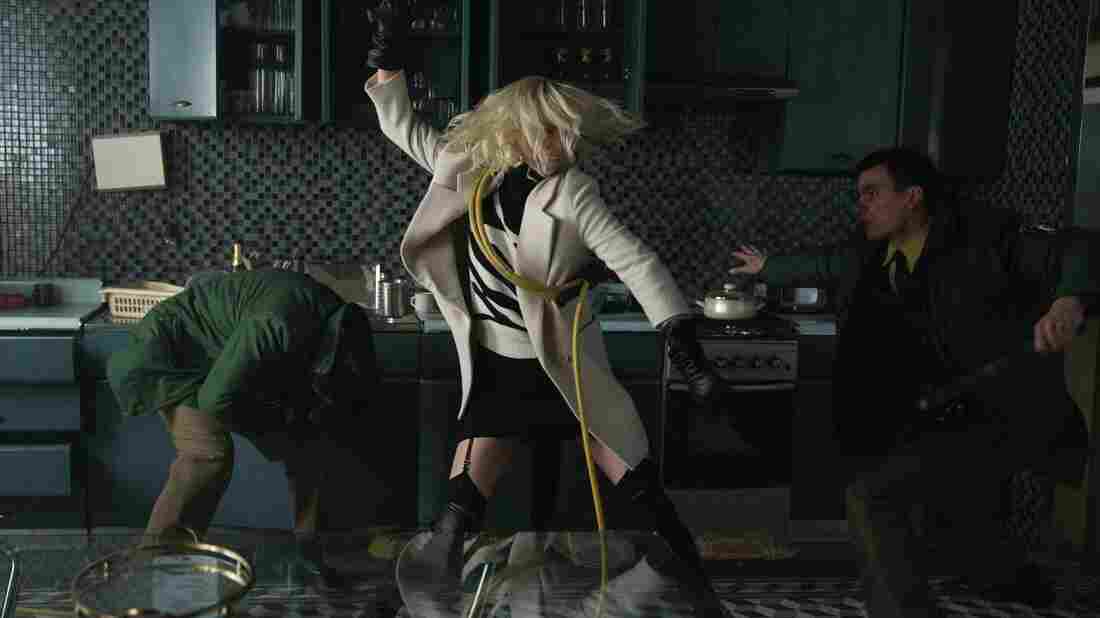 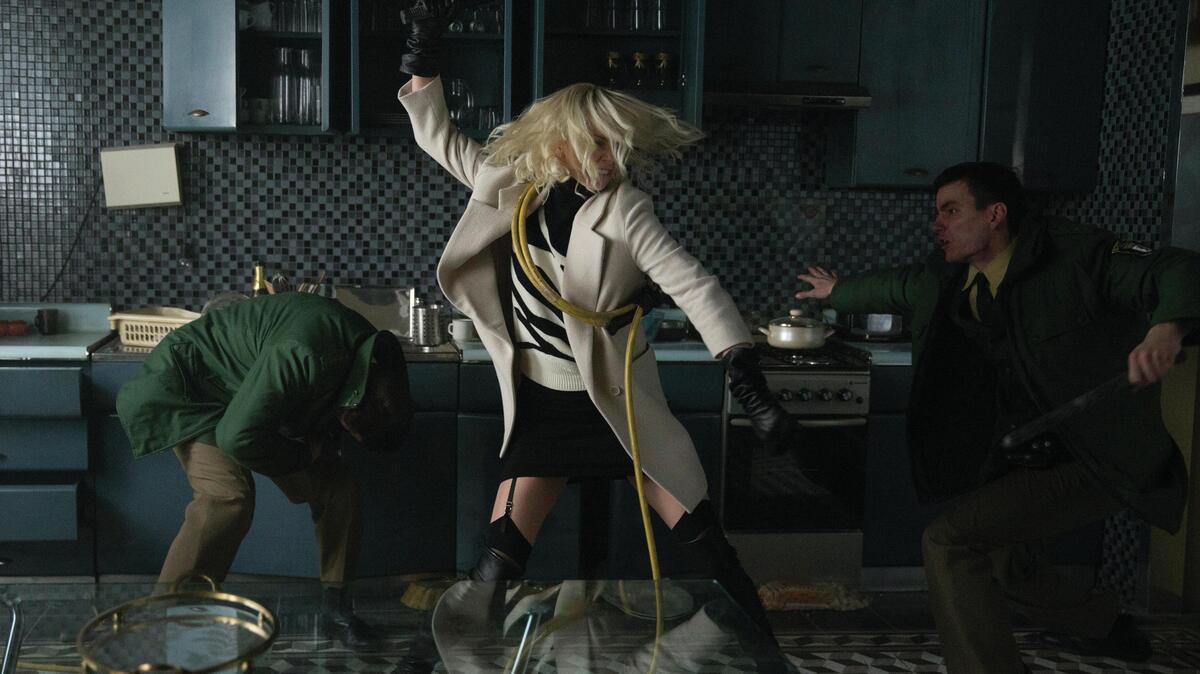 In the new film Atomic Blonde, British agent Lorraine Broughton (Charlize Theron) shows up in 1989 Berlin and gets a very violent reception. The film shows Lorraine punching, stabbing and shooting her way through the murky world of Cold War espionage — not exactly surprising considering Atomic Blonde was directed by former stuntman David Leitch.

Leitch did stunts for Fight Club, 300 and The Bourne Ultimatum, among many other films, before jumping into the director's chair. He describes his new feature as "a punk rock spy thriller."

We start showing them sort of like choreography, fight moves, with the idea to see their aptitude and checking up their ability to match motion or to remember choreography. And then you start to build sequences based on their ability, and obviously there's a training progression that goes along with that.

On Charlize Theron's aptitude for stunts

She's incredible. She's off the charts — in the top 1 percent of all the actors that we've worked with. You know, there are actors, like Keanu [Reeves] and Hugh Jackman, who can just remember this choreography like insane, and she's one of them. You know, 25 moves and you can change the one in the middle on the day and she still remembers it. ...

She really wanted to bring the physicality to it, and she really challenged us to challenge her. And so it was a great collaboration. I mean she showed up every day committed to train hard and to put the body mechanics behind it and not just make it sort of window dressing for a fight scene. It's like she's selling every single punch. And I have to say that that's rare. I mean, people come in and there's a little lack of confidence. You're intimidated standing in a room full of stunt people who do it for a living. And she would, you know, get over that and just go to work and has an aptitude for it. 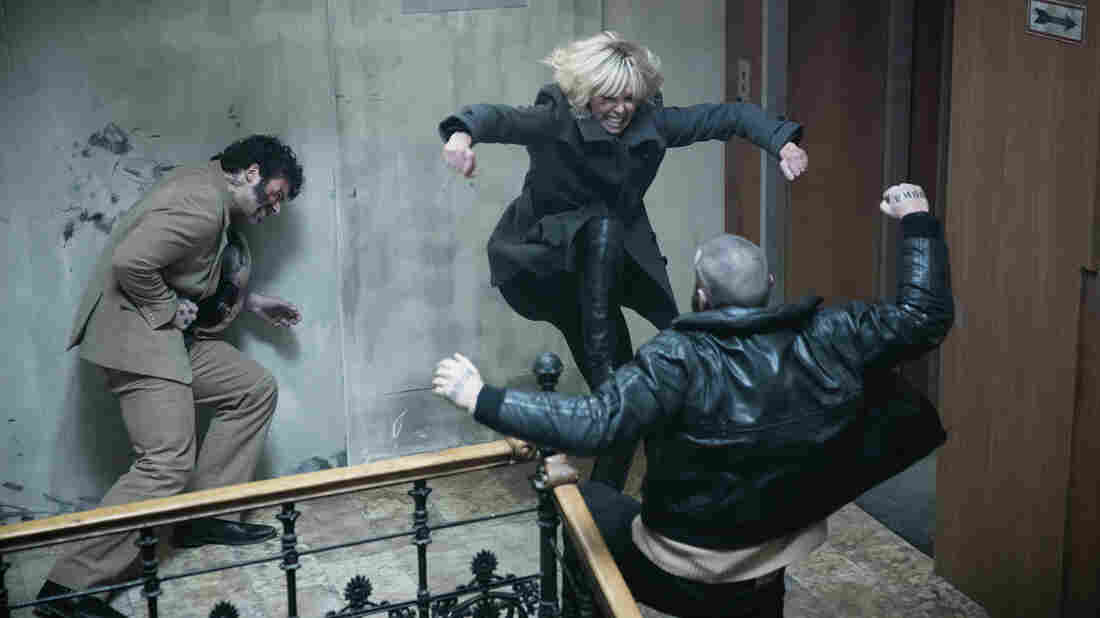 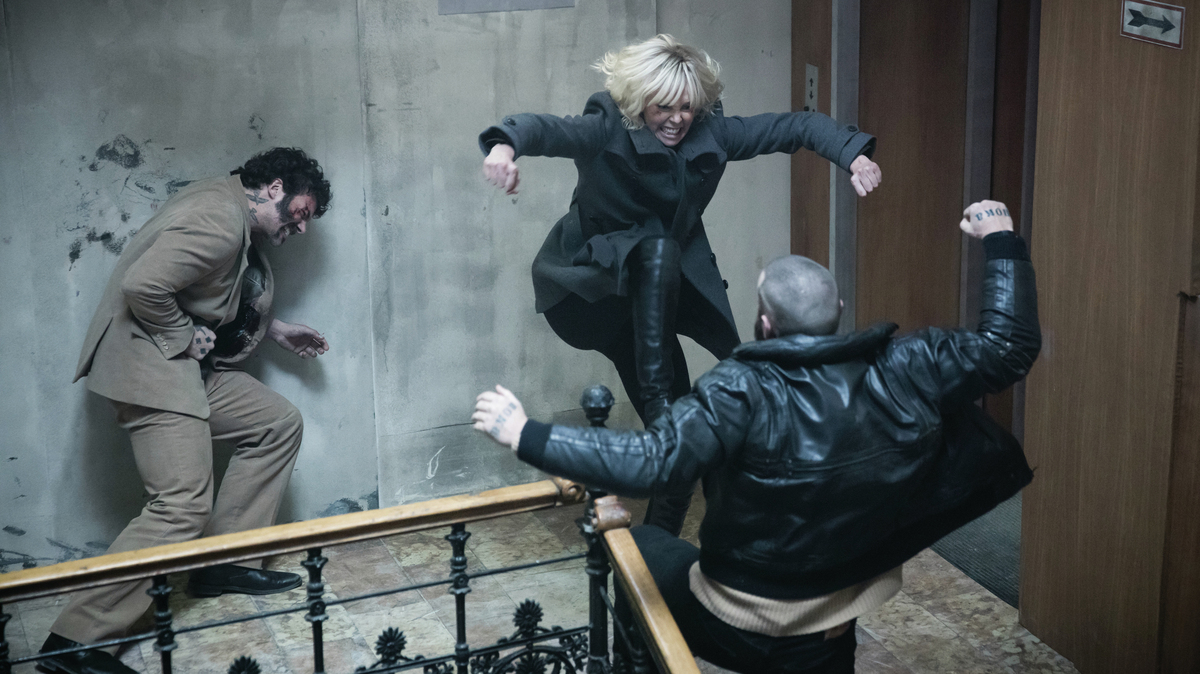 Leitch says Theron is exceptionally skilled when it comes to fight choreography. "It's like she's selling every single punch."

On how a woman might fight differently than a man

There was a section of the movie we really wanted to ground in some sort of reality where the consequences felt real. And I guess in terms of having someone her [Theron's] size fight a 6-foot-4, 230-pound Russian, you know, there are techniques that you would use that obviously you don't always see in movies, but elbows and knees, you know, body weight throws, leverage techniques. You know, punching with your fists is not optimal when the guy's head is made of granite. So it's better to use weapons of your body that are more resilient and that have a stronger force.

... punching with your fists is not optimal when the guy's head is made of granite.

On pitching his vision for the film to Theron, who owned the rights to the graphic novel Atomic Blonde is based on

It was based on a graphic novel which was like sort of Cold War noir, very like The Third Man dark noir. ... As I opened up the script and as I read about Berlin and the city — and having done six movies there — I thought about: This is nothing like '60s noir; this is '89 Berlin. There's rock 'n' roll; there's graffiti. If you were a spy there, you'd be living in this crazy underworld of clubs. And then music started to jump off the page at me that I wanted to infuse into the movie.

So I put together a song list and I put together a series of images that were really sort of based in, like, the street art and the graffiti movement and punk rock. And I said, "I want to take this sort of stuffy noir and make it a punk rock spy thriller." And I think that's what sold her.

On the film's soundtrack, which includes songs by George Michael, the Eurythmics and Duran Duran

I think music transports you immediately. ... As I was reading the script, certain songs spoke for certain scenes and certain set pieces — some to play sort of a juxtaposition to the violence there, you know, to lighten the tone; and others to dive in deeper into really where the spies were in their own personal stories in the movie. ... The other goal of Atomic Blonde was to create this protracted music video vibe throughout the movie. ... How do we make this feel like a contemporary version of [an] '80s music video the whole way through? 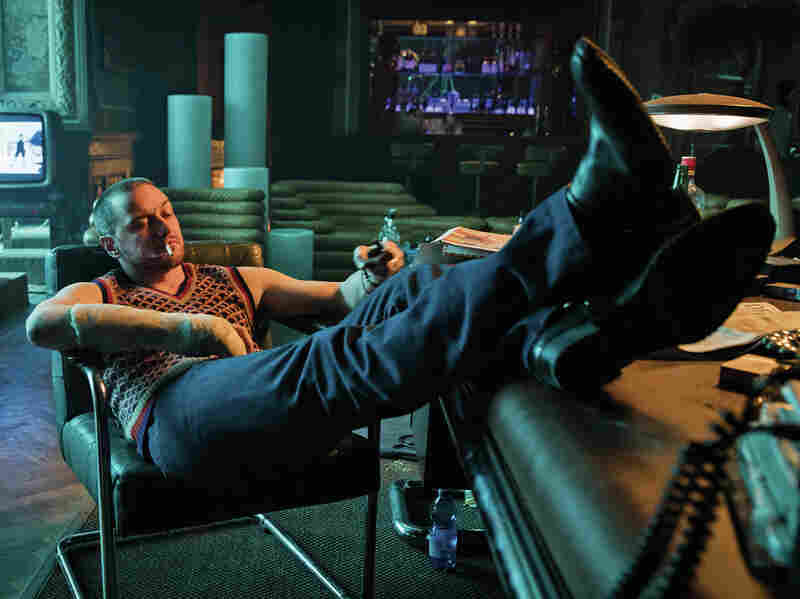 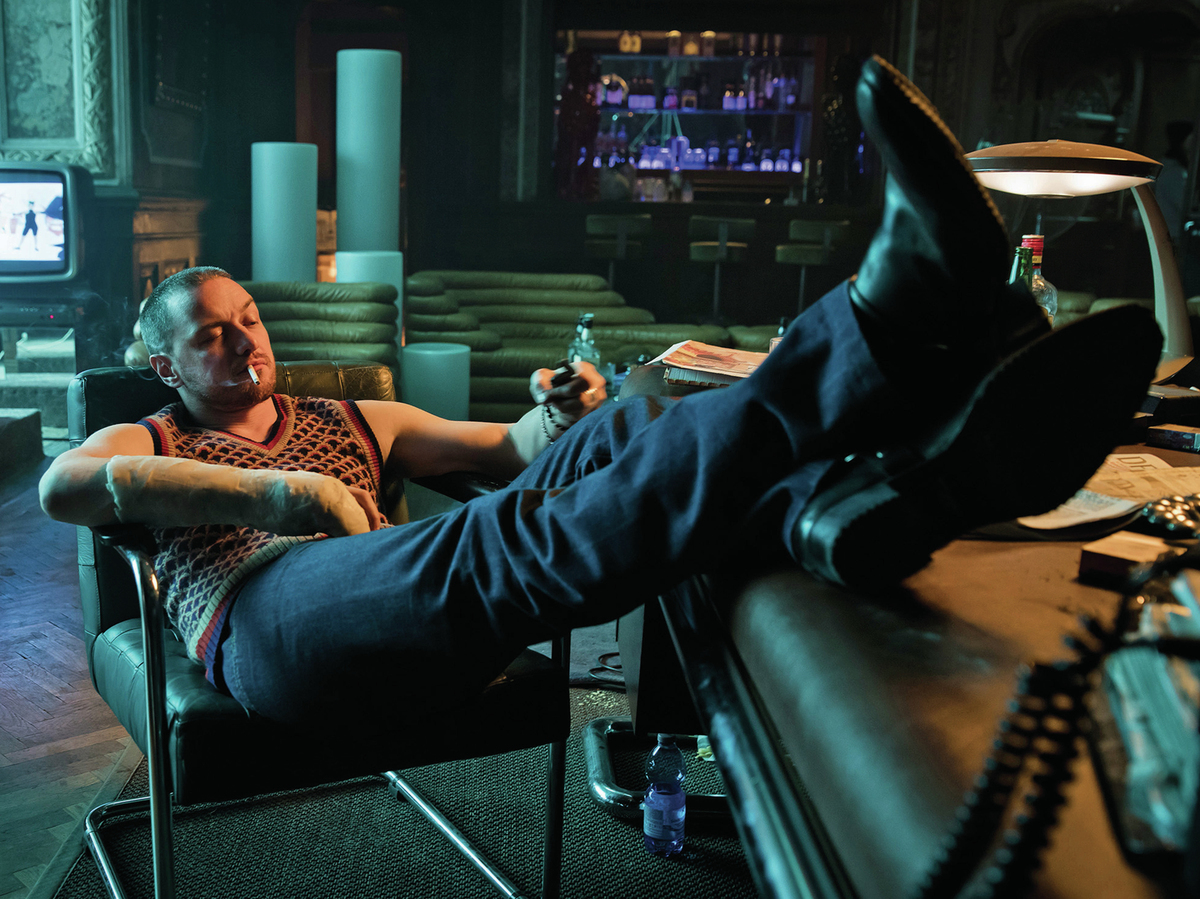 He was going to come onto the movie after Christmas break and I get a call over the holidays. He's like, "I broke my arm." I'm like, "What?" And so there was some shuffling around and then everyone panicking for a second, and then I came up with this idea that we make it part of his character. So the cast in the movie does play a story point. ... And it becomes part of his spy craft at the end of the day, which is fun. You know, the things that happen in production that you just have to react to. The show must go on, as they say.

On what he wanted to accomplish with this film

For me it was really to try to take the [spy movie] genre and give it a different spin. I feel it needed to be dusted off, or at least try to push the boundaries a little bit. I think the infusion of music, the infusion of the type of martial arts action took it in a different direction.

And then obviously the female protagonist of it all isn't seen that often and quite frankly needs to be seen more. I think we have this opportunity on the heels of Wonder Woman's success that maybe more films with female protagonists in the action space can enter theaters and can get made and greenlit into production.

Sarah Handel and Jordana Hochman produced and edited this interview for broadcast. Nicole Cohen adapted it for the Web.