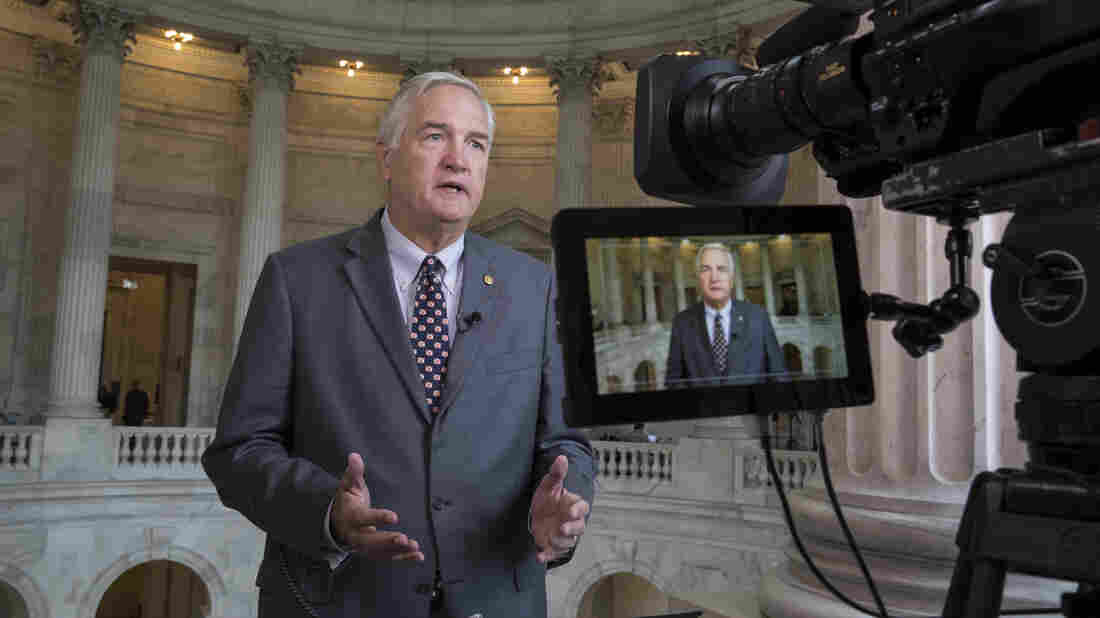 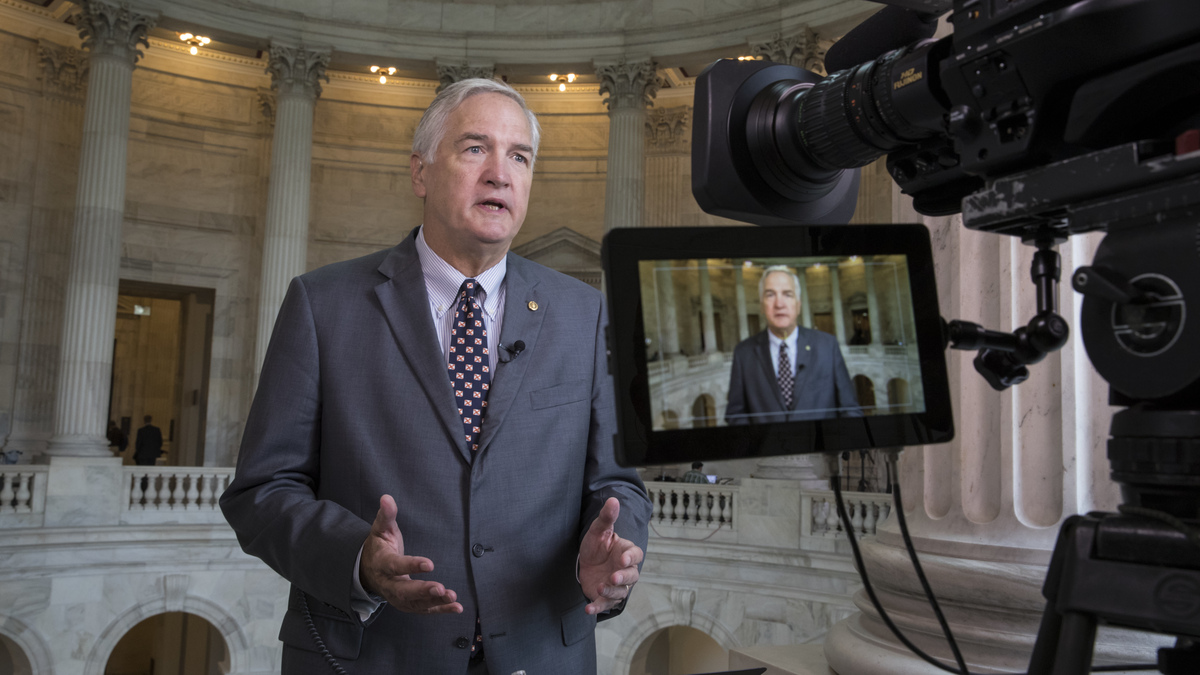 As speculation abounds in Washington, D.C., over Attorney General Jeff Session's future given President Trump's recent tweets and comments, back home in Alabama, there's a raucous race for his former Senate seat.

To one extent or another, the top three contenders in the crowded Republican primary are trying to cast themselves as stalwart allies of the president or as embodiments of Trump's unfiltered, take-no-prisoners style of politics.

A caption over a black screen reads "A Bernie Sanders supporter opened fire on Republican Congressmen. Mo Brooks gives his belt as a tourniquet to help the wounded."

The four-term congressman from north Alabama is a member of the House Freedom Caucus and isn't shy about controversy. Brooks has talked repeatedly about what he calls the Democrats' "war on whites." This week he also called on his opponents to drop out so Jeff Sessions can have his old seat back instead of putting up with taunts from the White House.

"The public verbal abuse that President Trump has given to Attorney General Jeff Sessions is not helping matters at all," Brooks said in an interview with NPR. 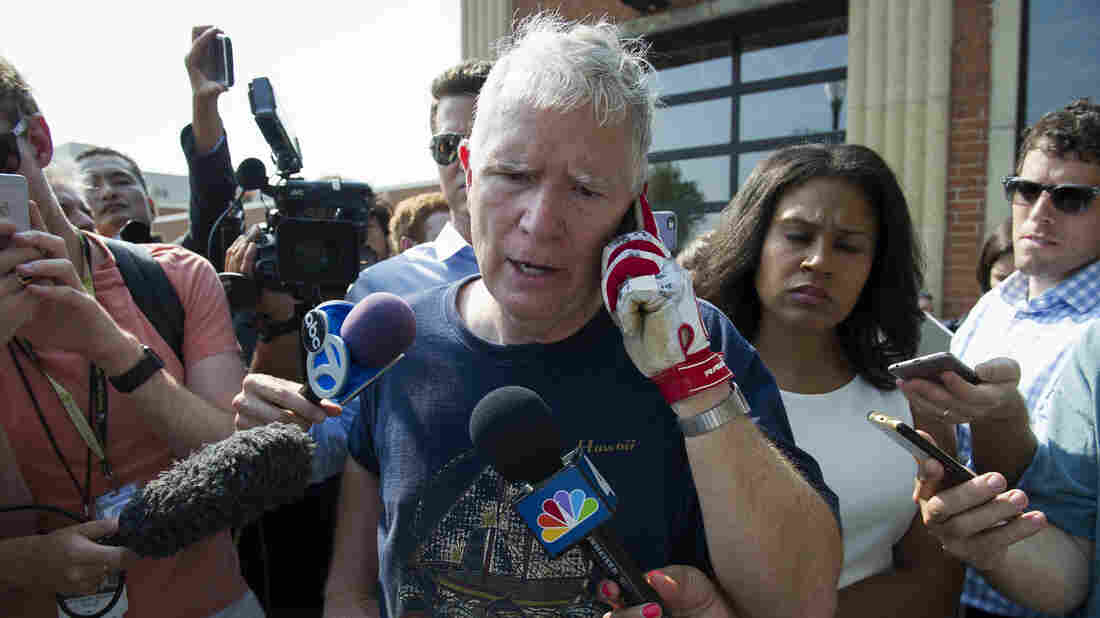 Rep. Mo Brooks, R-Ala. meets with reporters in Alexandria, Va., on June 14, 2017, after House Majority Whip Steve Scalise and others were shot at a congressional baseball practice just outside of Washington, D.C. Cliff Owen/AP hide caption 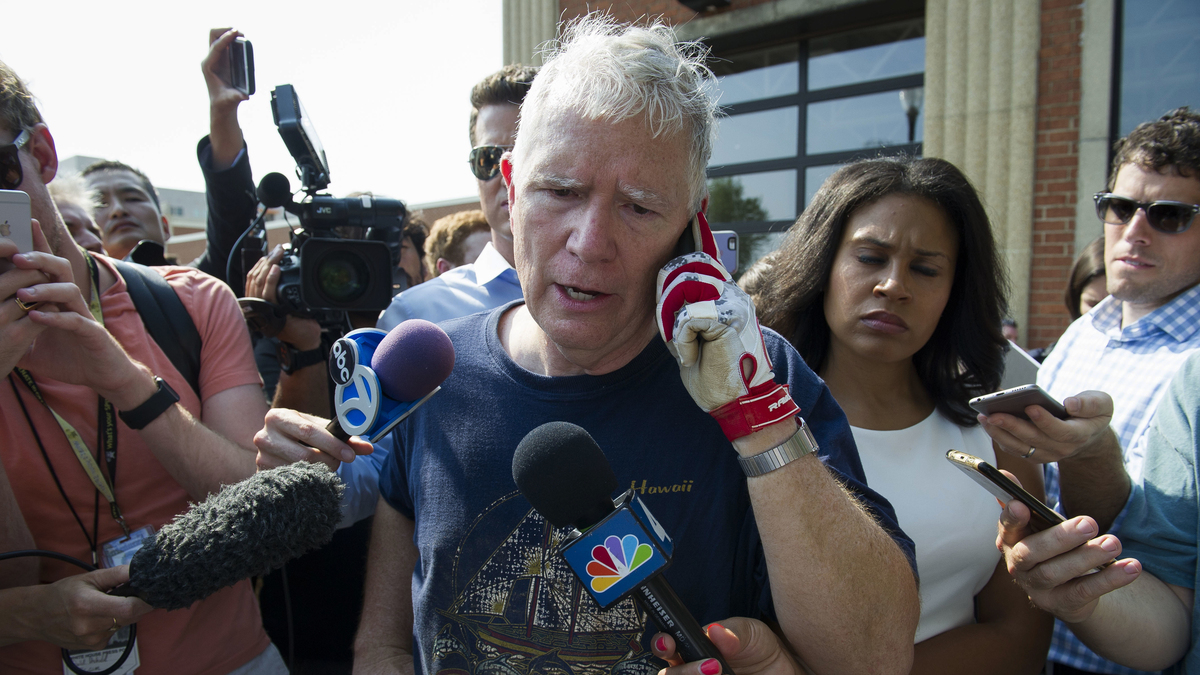 Rep. Mo Brooks, R-Ala. meets with reporters in Alexandria, Va., on June 14, 2017, after House Majority Whip Steve Scalise and others were shot at a congressional baseball practice just outside of Washington, D.C.

Luther Strange dismisses the idea as a desperate attention grab. "Shame on Congressman Brooks for his lack of faith in President Trump's and Attorney General Sessions' commitment to work together to make America great again," said Strange in an emailed statement.

But he's come under scrutiny for the way he got the job. He was Alabama's attorney general, and was appointed earlier this year by then-Gov. Robert Bentley. At the time, Strange was investigating Bentley for misusing the governor's office to hide an alleged affair. Bentley has since resigned in a plea deal.

Strange is campaigning as the candidate who has President Trump's back. And he's trying to taint Brooks with the worst kind of insult in Republican circles — ads that juxtapose Brooks with Democrat Nancy Pelosi, the House minority leader, and using Brooks' own words when he knocked down then-candidate Trump.

In one ad produced by Strange's political allies, Brooks is heard saying Trump is untrustworthy. "He has alienated so many people in Republican Party ranks through his callous insults," he says in the ad.

Attacks On Sessions Could Be A Red Line For GOP Senators

"It's an effective hit," says Montgomery, Ala., political consultant David Mowery who says standing with Trump is good politics in a state that Trump won last fall by nearly 30 points. But the president's feud with Sessions has complicated life for the candidates.

Mowery and most observers expect the August 15 primary to end up in a runoff that would take place on September 26, followed by a general election in December.

(Alabama Democrats are also choosing a Senate nominee next month: The best-known candidate in that primary is former U.S. Attorney Doug Jones.)

"You underestimate Judge Moore at your own peril if you're a candidate against him," Mowery says.

Moore draws a crowd at a local GOP event in suburban Birmingham, Ala., shaking hands and exchanging "Roll Tide" greetings at a barbecue restaurant. 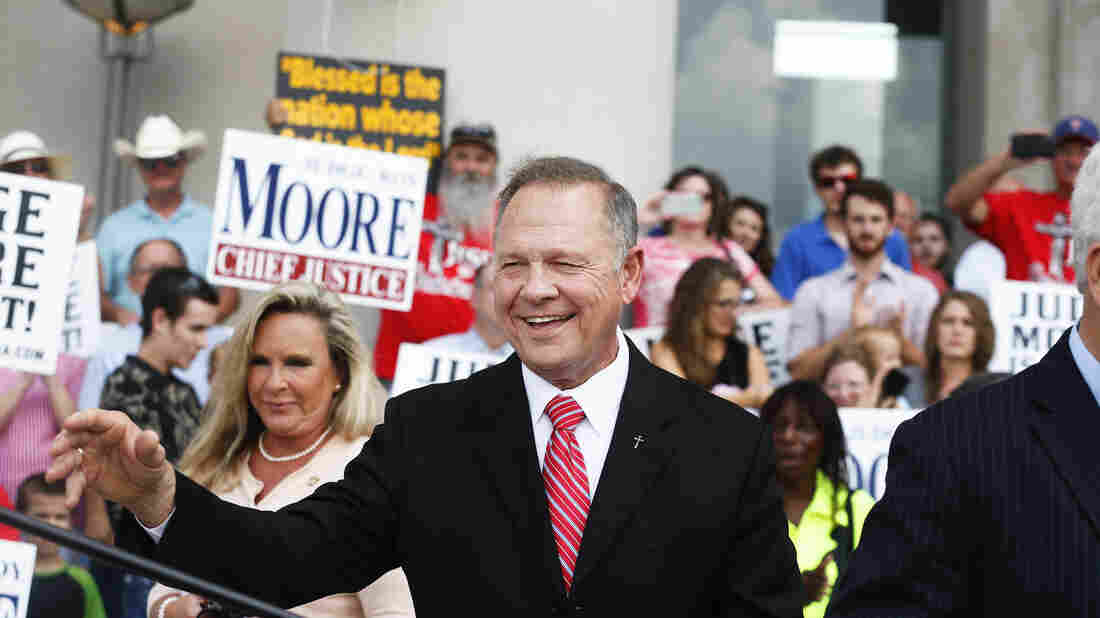 Then-Alabama Chief Justice Roy Moore speaks to the media during a news conference in Montgomery, Ala., on Aug. 8, 2016. Brynn Anderson/AP hide caption 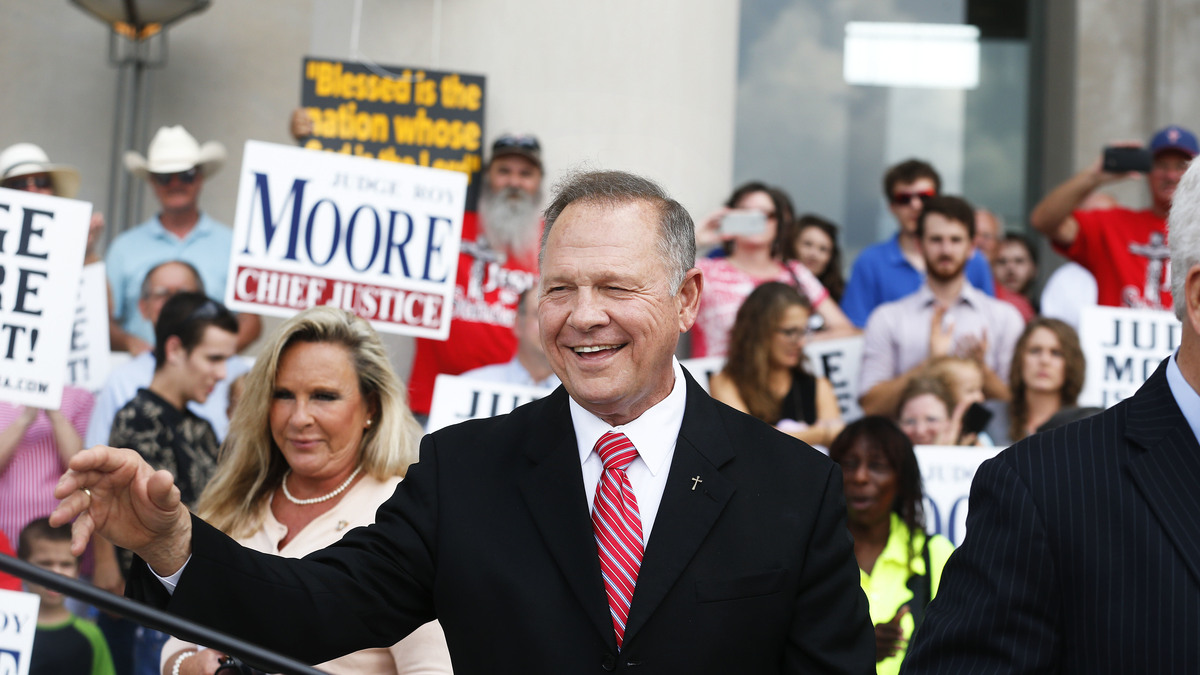 Then-Alabama Chief Justice Roy Moore speaks to the media during a news conference in Montgomery, Ala., on Aug. 8, 2016.

The religious conservative was removed from the bench twice, once for refusing to remove a giant Ten Commandments monument from the state judicial building, and last year for defying the U.S. Supreme Court's ruling on same-sex marriage.

Moore says that record shows he's a fighter and not a member of the Washington establishment that he claims supports his opponents.

"Notice who they don't want up there," he says, garnering applause from the North Jefferson [County] Republican Club.

He promises Majority Leader McConnell will "have a rather difficult time trying to manage me."

The message resonates with voter Sharon Denham, who says Strange and Brooks might be considered front-runners but she's not convinced.

"They are more typical politicians to me," Denham says. "I'm looking for someone who's not your typical Montgomery-DC politician."