Accessibility links
New Memoir Unpacks The Life And Tragic Death Of 'The Hot One' Carolyn Murnick and Ashley Ellerin were childhood best friends — but as sometimes happens, they grew older and drifted apart. Then, in 2001, Ellerin was brutally murdered in her Hollywood Hills home. 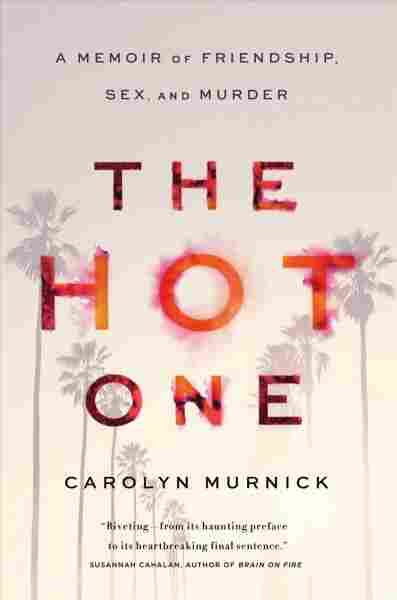 A Memoir of Friendship, Sex, and Murder

Title
The Hot One
Subtitle
A Memoir of Friendship, Sex, and Murder
Author
Carolyn Murnick

When Carolyn Murnick met her childhood best friend Ashley, it was like love at first sight. They were in elementary school — Ashley had just moved into the area and they became inseparable, sharing all their secrets and dreams. As often happens, as they got older they drifted apart. Ashley would move to Los Angeles, start dating young celebrities and making money dancing at clubs. Carolyn lived in New York and worked in the literary world.

Then, on a winter's night in 2001, 22-year-old Ashley Ellerin was found brutally murdered in her Hollywood Hills home. The tabloids ran the news, because Ashley was about to go out on a date with actor Ashton Kutcher. But Murnick tells the real story of Ashley's tragic death and vibrant life in her new memoir The Hot One.

She says the book's title is a reference to the way our society tries to categorize young women. "You have a group of women together, one becomes the hot one, or one is maybe the conservative one or the smart one, and in my book I explore the ways that those labels sort of take hold, and how they can kind of influence your sense of self."

On her relationship with Ashley, towards the end

I realized that being around Ashley was making me feel uncomfortable with myself, and I think that's true for a lot of female friendships, especially in your teen years — that you're looking to your friends for how to be in the world, and when they start making different decisions, it can feel like a referendum on your own choices, and you start thinking, "Does she have it all figured out? Should I be more like this? Can I be more like this?"

[T]he way that I remember her is as my best friend in girlhood, as a 9-year-old who played piano duets with me, and she did nothing to deserve what happened to her.

On sitting in on the pretrial hearings for Ashley's alleged killer

As I write about in the book, and as Ashley was open with me about, she was sort of dabbling in the sex industry in the last year of her life, working in strip clubs and doing light escorting. And at the time of her murder, she was flying to Vegas for the weekends to do that, and I think that she sort of kept that part of her life separate from her LA life.

And I think the defense definitely kept wanting to harp on it. Every witness who got on the stand was asked about her pole dancing, and was she someone who was considered promiscuous, and was she someone who, you know, entertained the company of a lot of men. Unfortunately, I see that as a thing that is used to sort of erode sympathy for female victims, both in the media and in court proceedings, and I'd love for this book to push back about those ideas of the way that female victims are often subject to some slut-shaming and light victim-blaming tendencies.

On how she felt about the portrayal of Ashley's life

I felt a lot of outrage and I felt a lot of disconnect, and it also felt appalling, the way that those sorts of questions can serve to strip humanity away from a victim. And the way that I remember her is as my best friend in girlhood, as a 9-year-old who played piano duets with me, and she did nothing to deserve what happened to her.