Accessibility links
Jared Kushner Is In The Spotlight. But Is He In the Tradition Of American Nepotism? Because of his many roles at the White House, President Trump's son-in-law Jared Kushner draws controversy. Previous presidents hired family members too, but those staffers had political experience. 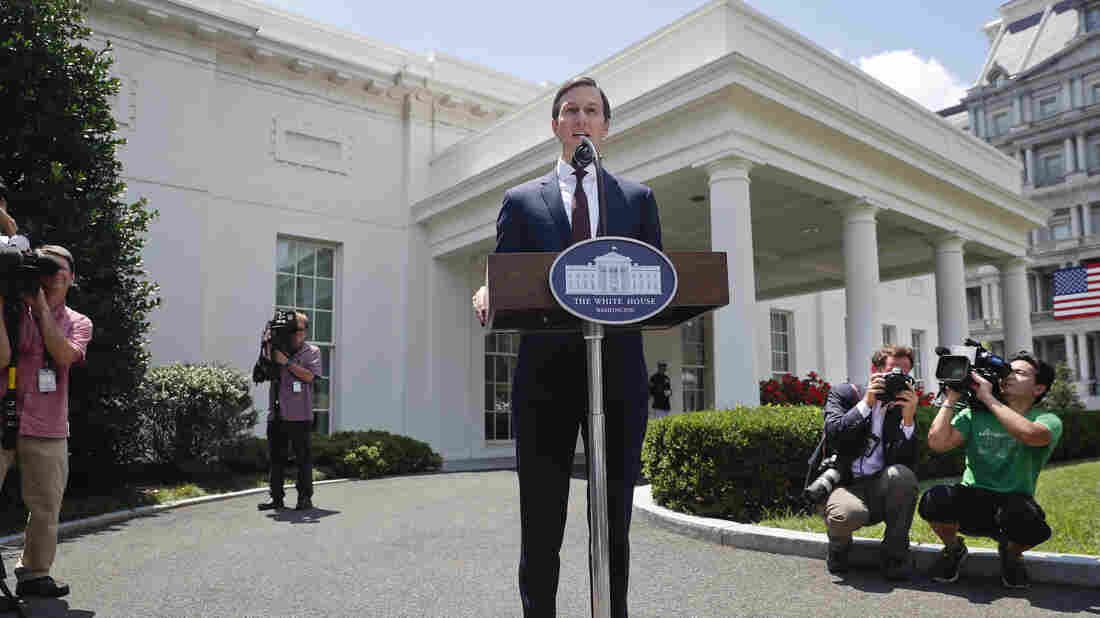 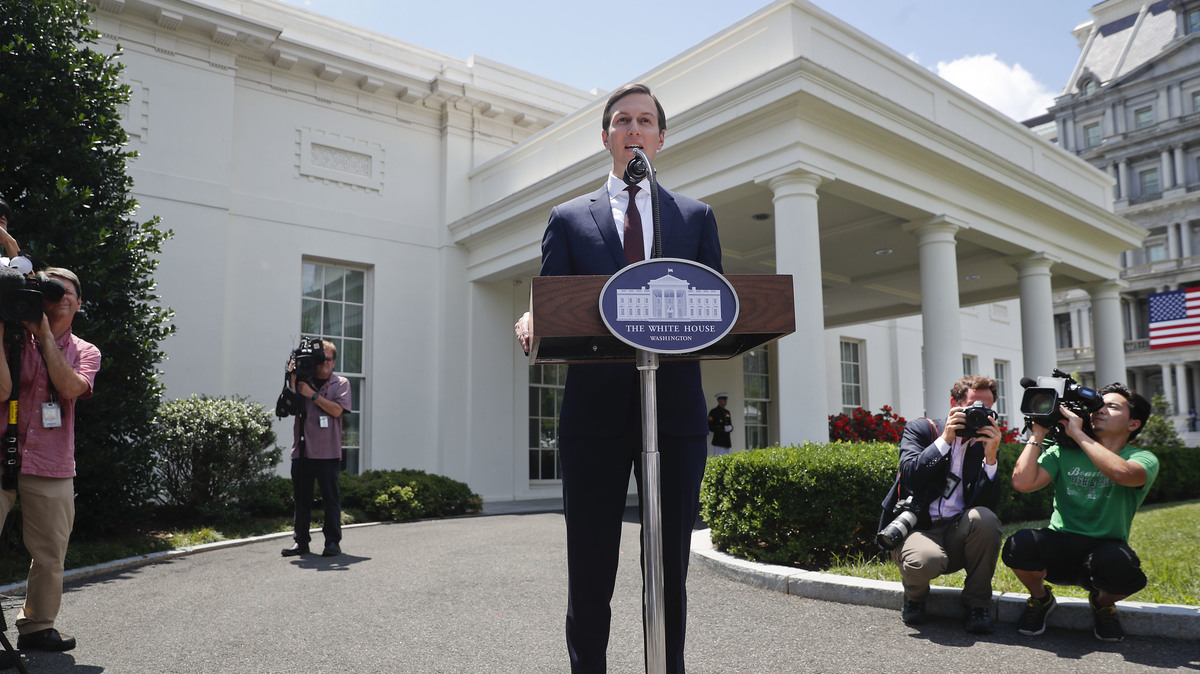 When presidential adviser Jared Kushner appeared last week in a closed-door meeting of the Senate Intelligence Committee, the focus was on his contacts with Russia representatives during the 2016 campaign.

Some critics say questions about Russian contacts are so serious that Kushner should lose his White House security clearance. But few are expecting he will get fired. He is, after all, married to the president's daughter. 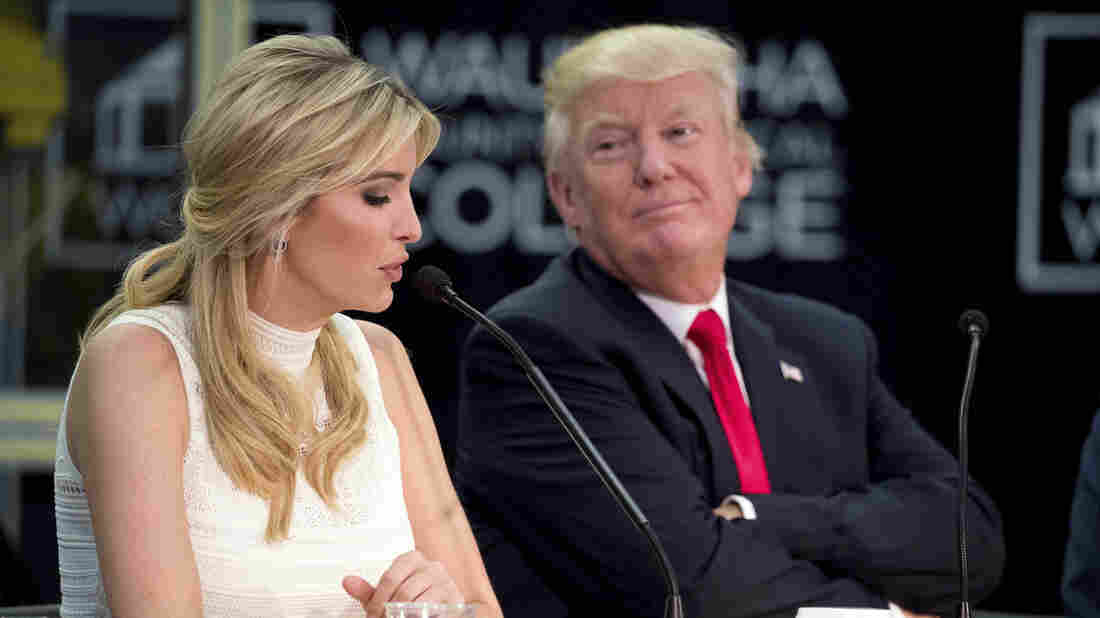 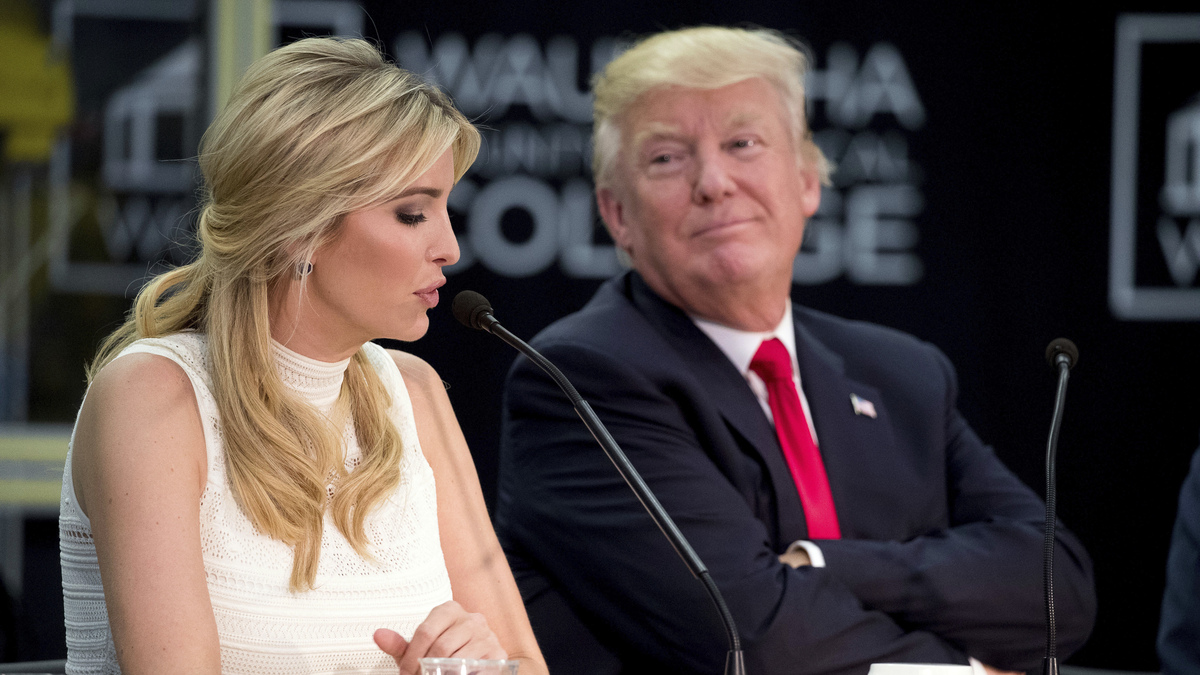 President Donald Trump listens as his daughter, Ivanka Trump, speaks at a workforce development roundtable in Pewaukee, Wisc., on June 13, 2017.

He's also the father of three of President Trump's grandchildren.

Matthew Dallek, a professor of political management at George Washington University, says that the hiring of close relatives has a long tradition in American politics. "We've never been a pure meritocracy, or even close to one," he said.

Dallek points to three nepotism cases in the White House itself during the 20th century.

Among other initiatives, she started a dance program for children, similar to a program created in Great Britain to provide physical exercise for children in bomb shelters.

But when Mrs. Roosevelt hired a friend to run it, "it became the first major political scandal after Pearl Harbor," Dallek said. Soon, the first lady was out of the job.

That controversy did not lead Congress to pass any anti-nepotism laws,
but the next case did. In 1961, President John F. Kennedy chose his younger brother, Robert F. Kennedy, to be attorney general. Robert Kennedy was 35 years old when he was sworn into office, about 10 months younger than Jared Kushner, who took his oath at age 36.

Kennedy's appointment eventually led to an anti-nepotism law, passed in 1967.

The third case that raised questions about nepotism occurred in 1993 when President Clinton put his wife Hillary in charge of a task force on health care. The task force plan was decisively rejected by Congress.

And now President Trump has brought on both daughter Ivanka Trump and her husband Jared Kushner as unpaid but official White House advisers.

Kushner has big assignments, including overhauling the federal bureaucracy, managing the opioid crisis and coming up with a peace settlement for the Middle East.

Earlier this year, Trump praised Kushner at a pre-inauguration party, saying: "If you can't produce peace in the Middle East, nobody can. OK?"

So while Trump is hardly the first president to turn to his family for talent,
this is a different kind of nepotism.

Eleanor Roosevelt, Robert Kennedy and Hillary Clinton all knew politics and government from the inside. But Jared and Ivanka arrived in the White House with no political experience.

"These are not people who have resumes who could otherwise be hired for these jobs," Levinson said.

Still, the Justice Department has concluded the anti-nepotism law doesn't apply to Kushner. That's because Trump, as president, can choose his own White House staff.