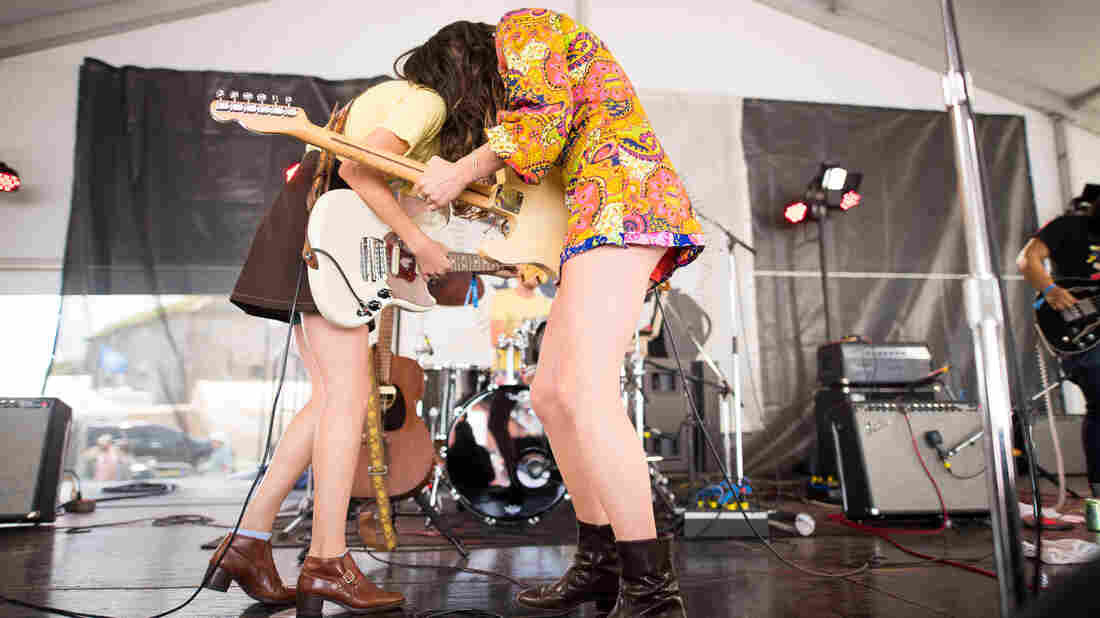 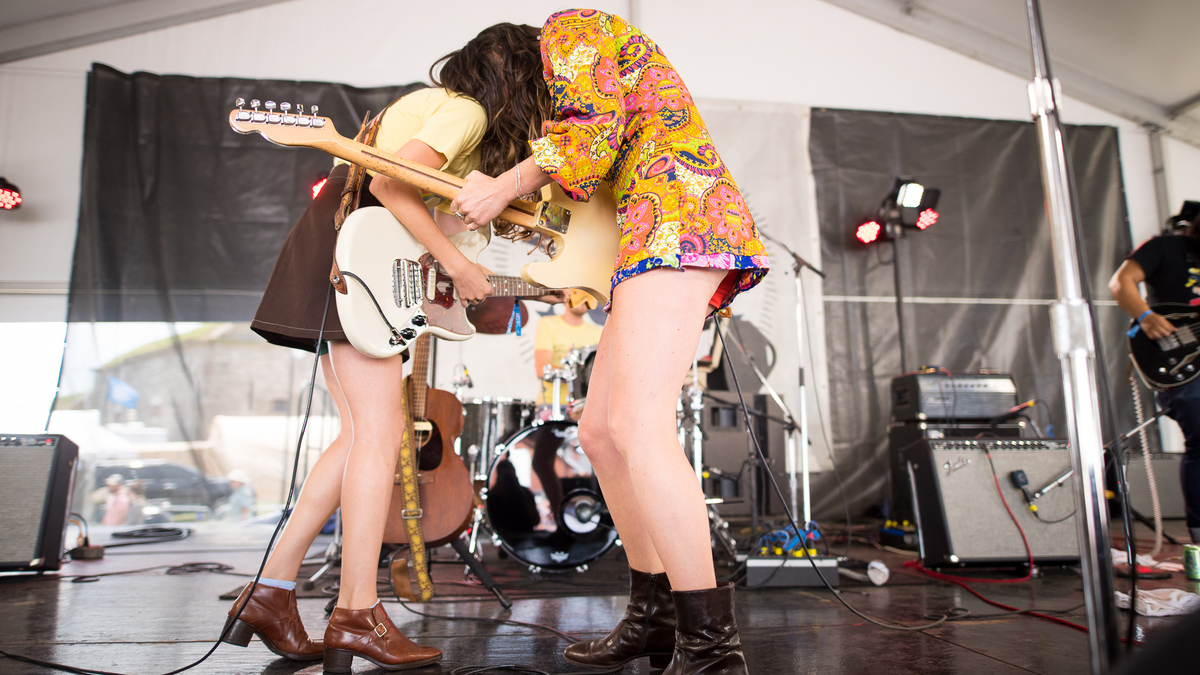 The Wild Reeds perform at the 2017 Newport Folk Festival.

When you hear The Wild Reeds perform, you experience an artistic emulsion of sorts. The Los Angeles band's frontwomen — three musicians with three distinct songwriting styles that might not naturally mix — have put in the work to achieve a sound that's unified. Mackenzie Howe, Sharon Silva and Kinsey Lee have spent hours swapping favorite records in their touring van and perfecting their vocal blend, and their efforts have paid off: The Wild Reeds' Friday set at Newport Folk was assured and robust, a testament to potent voices made more powerful when united.

The members of The Wild Reeds help keep their band's sound coherent by shifting their onstage setup; like shaking an oil-and-vinegar dressing, it's stability achieved through constant motion. As Nick Jones and Nick Phakpiseth held down drums and bass, respectively, Lee, Howe and Silva traded lead vocal duties and switched from guitars to keys to harmonium for songs about work, fulfillment and fighting the stereotypes they encounter as young female musicians. Introducing "Capable," they invoked that spirit of resistance with a comment cheekily tailored to the event: "Folk the system."