Accessibility links
Sen. Jeff Flake: 'As Conservatives, Our First Obligation Is To Be Honest' A new book by the Republican from Arizona details where he thinks the GOP has gone wrong. Flake wrote the book in secret because he didn't want his advisers to try to talk him out of it. 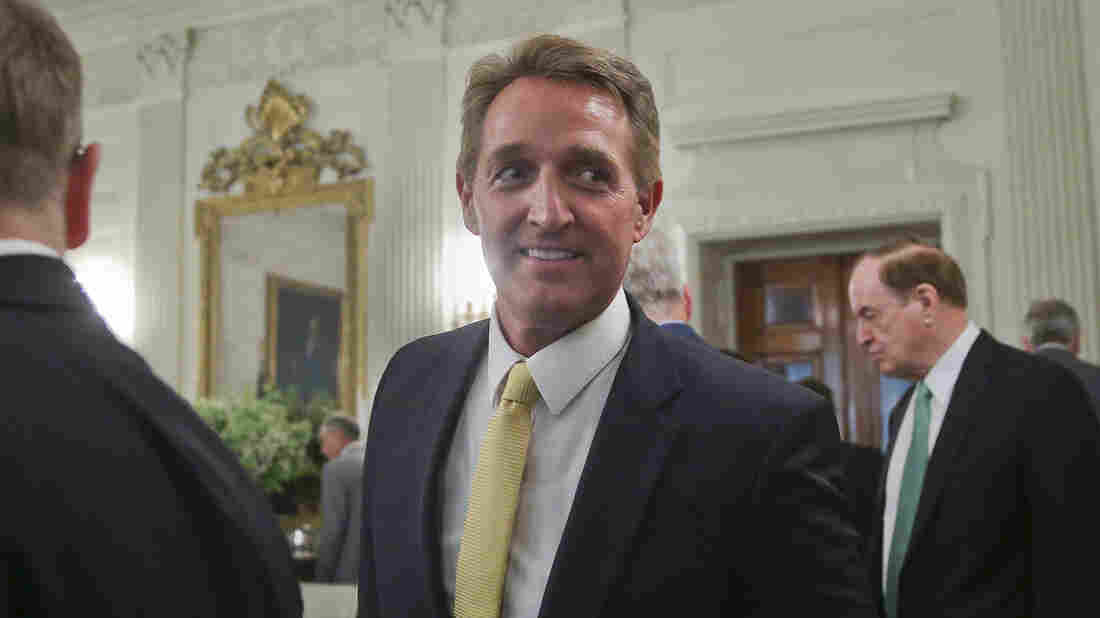 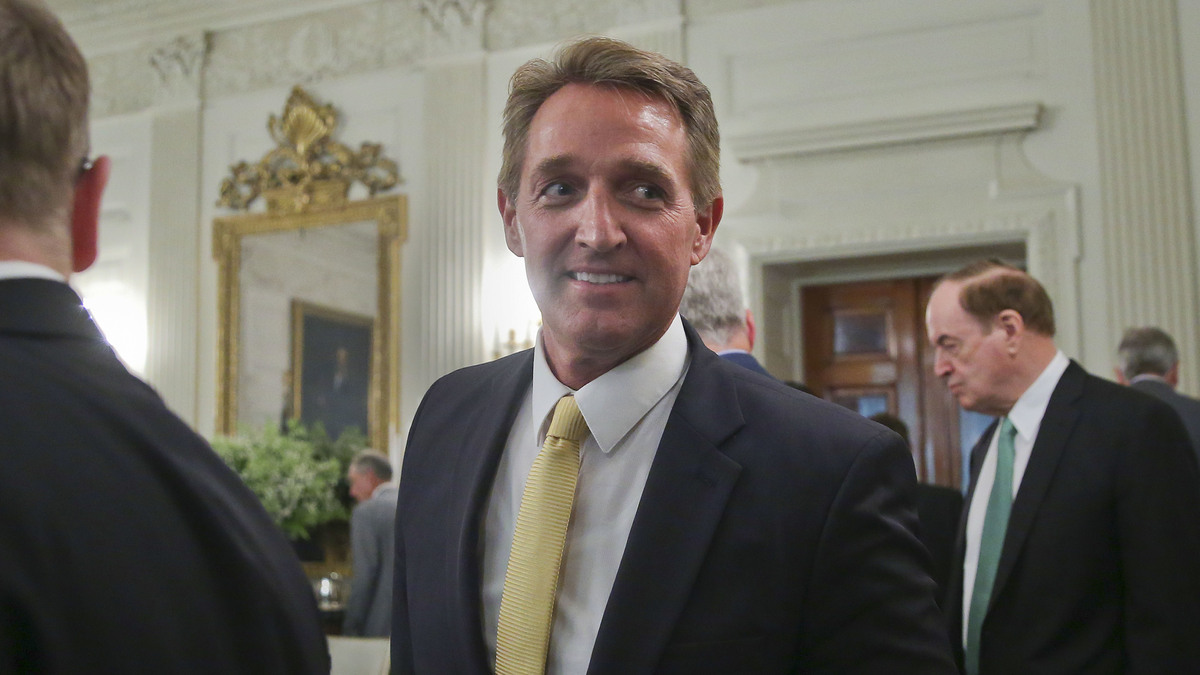 Sen. Jeff Flake, R-Ariz., (center) attends a luncheon with other GOP senators and President Trump on July 19 at the White House.

Sen. Jeff Flake, R-Ariz., chose a dramatic moment to question the direction of his party.

Flake, a longtime critic of President Trump, has written a book detailing where he thinks his party has gone wrong.

"I'm not blaming this lack of principle, or where we are, solely on the president. He's more the culmination of it," Flake says.

Flake never endorsed his party's presidential candidate. He has praised many of Trump's appointments but is dismayed by his policies. Now he's preparing to campaign for re-election in 2018 amid talk that the president would like someone to challenge Flake in a primary.

During this time he's been critiquing the president, Flake has written Conscience of a Conservative: A Rejection of Destructive Politics and a Return to Principle, a book he says he wrote in secret. Even his staff didn't know until recently.

It carries a provocative title, borrowed from another book, which was written by Sen. Barry Goldwater, R-Ariz., generations ago. It had been more than five decades since Goldwater concluded that the GOP had been, Flake says, "compromised" by big, New Deal-era federal bureaucracy and was moving away from the principles of limited government. It was time to reassess, he says.

"I'm very troubled about where the Republican Party is now. It seems that we've been compromised, but this time by different forces — those of populism and protectionism, isolationism, xenophobia and I'm concerned about how we remain a governing party with those principles," he says.

On what went wrong

This is a long time in coming. I got here in Washington in 2001. ... And we got [President George W. Bush's education overhaul law] No Child Left Behind, which was, I thought, big federal overreach into local education policy. And then we got the prescription drug benefit, which added about $7 trillion in unfunded liabilities. I didn't think that was a very conservative thing to do. 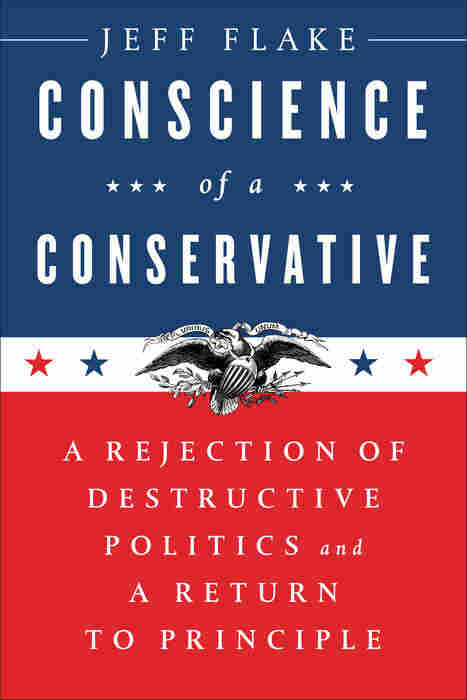 Conscience of a Conservative

I do think that we made the ground fertile for somebody like President Trump to come along, and I think that now we've abandoned many of our principles — like free trade and American leadership around the world — but also we've become a coarser party. Being a conservative isn't just adopting conservative policies. I think it matters in terms of demeanor and comportment.

I certainly recognize the frustrations that people have. I feel and hear it every day. ... People are concerned about their jobs, their economic future. They wonder if their kids will have the same economic opportunities that they've had, and I think Donald Trump kind of spoke to that.

But I think as conservatives, our first obligation is to be honest with people and telling factory workers for example — it's always easier for a politician to point to a shuttered factory and say "That's because of free trade. That's because Mexico took those jobs, or China did." But what is not recognized is that it's largely been productivity gains and automation. We manufacture twice as much as we did in the 1980s with one-third fewer workers and those productivity gains will continue. Globalization has happened and the question is: Do we harness it for our benefit or are we left behind by it?

On why he wrote the book in secret

I have good people around me who are committed to principle, but the political world will tell you keep quiet, don't take a risk [when you're up for re-election] and I thought that it was important to stand up when I had something to risk. I think it means more at that point.