Accessibility links
Sasheer Zamata Uses Comedy To Address Intolerance The comedian just came off four seasons on Saturday Night Live. Now, she wants to break through to the next part of her career — convincing people she's a writer as well as a performer. 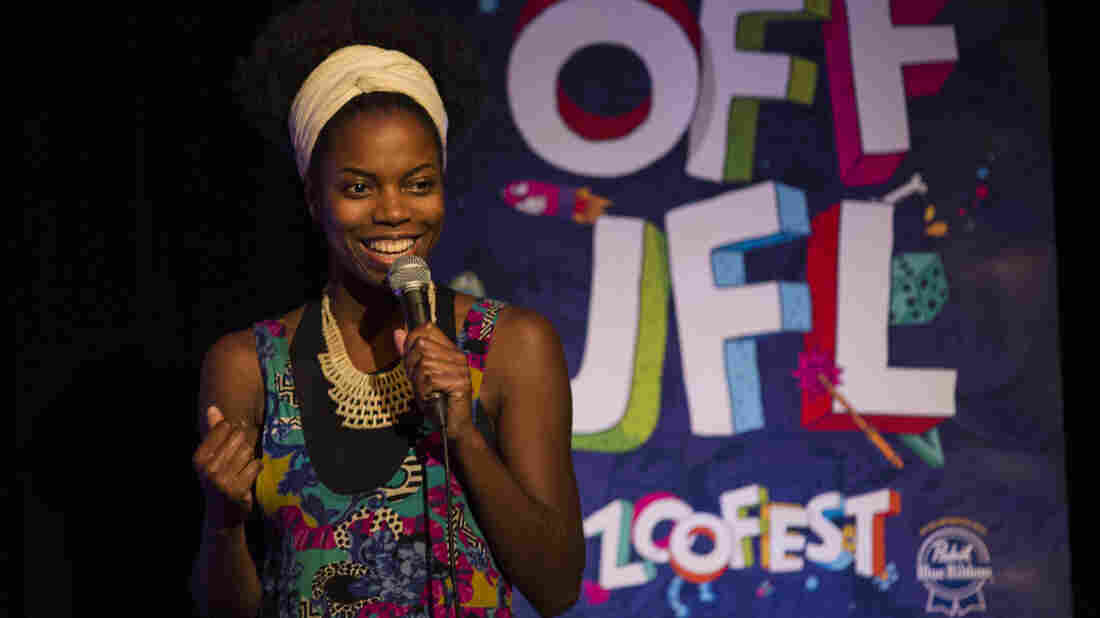 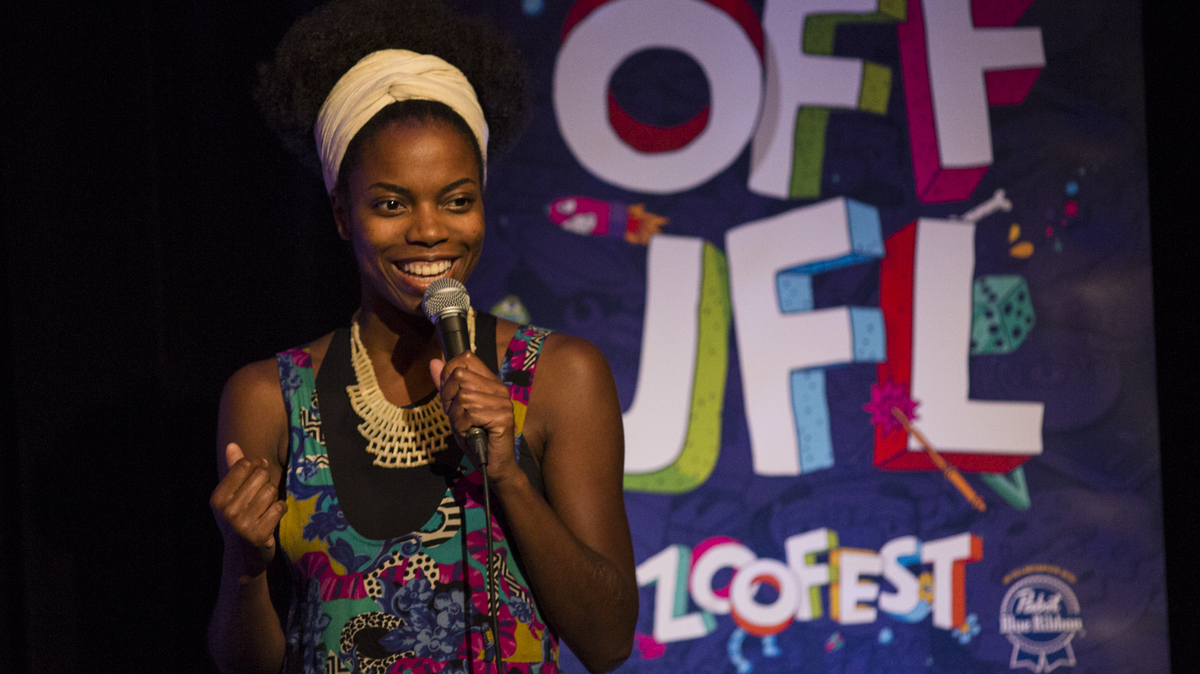 Sasheer Zamata performs at the Just For Laughs festival in Montreal.

Comedian Sasheer Zamata is at a crossroads.

She was a cast member on Saturday Night Live for four seasons; one of her characters was Beyonce ... at her gynecologist's office ... while pregnant with twins. Zamata has comedy cred: Before SNL, she did improv with the Amy Poehler-founded Upright Citizens Brigade, and she has performed on shows with Amy Schumer and W. Kamau Bell. This weekend, I caught up with her as she did stand-up at the annual Just For Laughs festival in Montreal, in a small club called the Katacombes.

She started her set with the local audience in mind — ribbing the audience for being "as intolerant and judgmental as Americans," at least when it comes to ragging on Edmonton.

Zamata's African-American, and a lot of her material addresses intolerance and judgment. She grew up in Indianapolis, Ind., and she was first introduced to comedy by her middle school volleyball coach, who took the team to a local improv show. Zamata was hooked. "Everyone looked like they were having so much fun," she says. "I thought it was so cool that these people could be funny without writing anything. They just thought of it off the top of their heads. It truly looked like magic."

You do need a bit of magic to make it in comedy, and you definitely can't take "no" for an answer. Put Zamata in that category — when she was rejected by her college improv troupe, she started one of her own, which still exists today at the University of Virginia. She also auditioned to appear at previous Just For Laughs festivals. "I've auditioned for a few years and never got it," she says.

As Zamata Joins 'SNL,' A Look At — And Beyond — The Prism Of Race

I mentioned that to Just For Laughs producer Nick Brazao. "So, you're going to make mistakes," he says, laughing. In all fairness, this was years ago — and before Brazao was booking stand-ups. Plus, hundreds of comedians audition to perform at Just For Laughs. But with Zamata's success on Saturday Night Live and her new comedy special, Brazao was eager to book her this year.

"She has a very unique perspective and a very personal touch to the way she approaches stand-up comedy," he says, "and she's not afraid to talk about race and sex and taboo."

Sasheer Zamata was raised by a single mom. Ivory Steward was one of the first black students to integrate a junior high school, in a small town in Arkansas during the civil rights movement, but she never talked about it with her children. Last year, Zamata invited her mother to record a conversation with her for the show This American Life. Zamata recalled the time when, in her early 20s, she was called the "N" word. She called her mom, crying — and Steward said she'd been called that word every day of eighth grade.

She jokes about how, behind her "cute exterior," she's "full of rage." And behind her punchlines are some unpleasant realities — in her special Pizza Mind, she tells a story about getting her white boyfriend to hail cabs for her while she hides behind a bush.

Zamata has so many stories she wants to tell. One of her goals at Just For Laughs was for people in the comedy industry to see her as not just a performer, but a writer, too. After her last show at the Katacombes in Montreal, she says she thinks it worked.

"I feel good. It was really fun, and the crowd was so energetic," Zamata says. "That always helps, when the crowd's really into it — it makes me more excited to do it. So yeah, I had a blast."

And she made plenty of people think, too.

This story was edited by Nina Gregory and produced by Andrew Limbong. Petra Mayer adapted it for the Web.