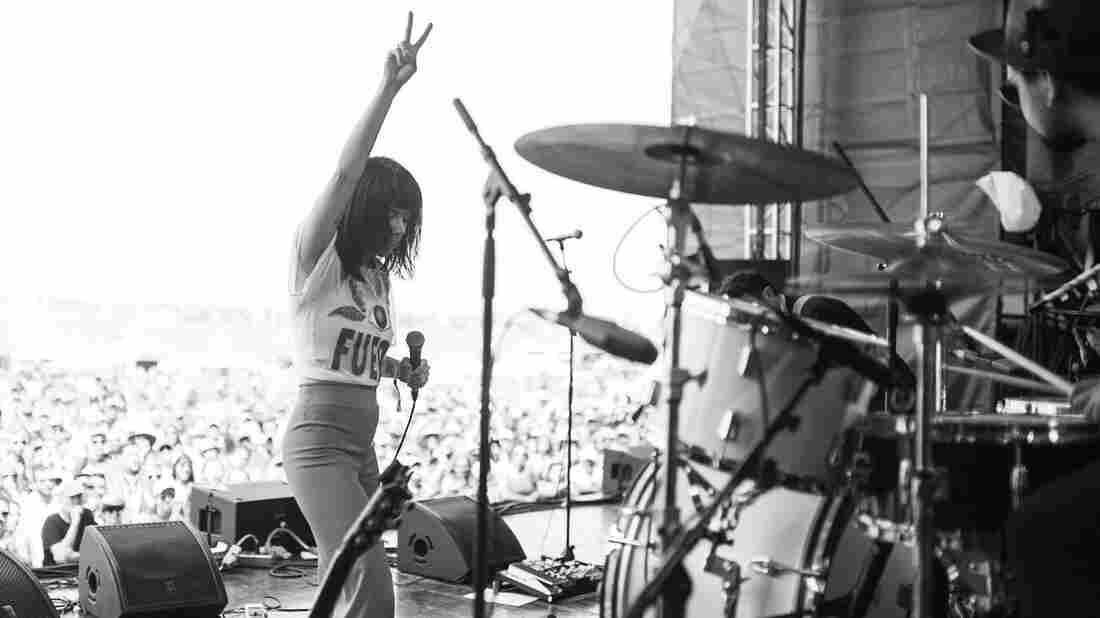 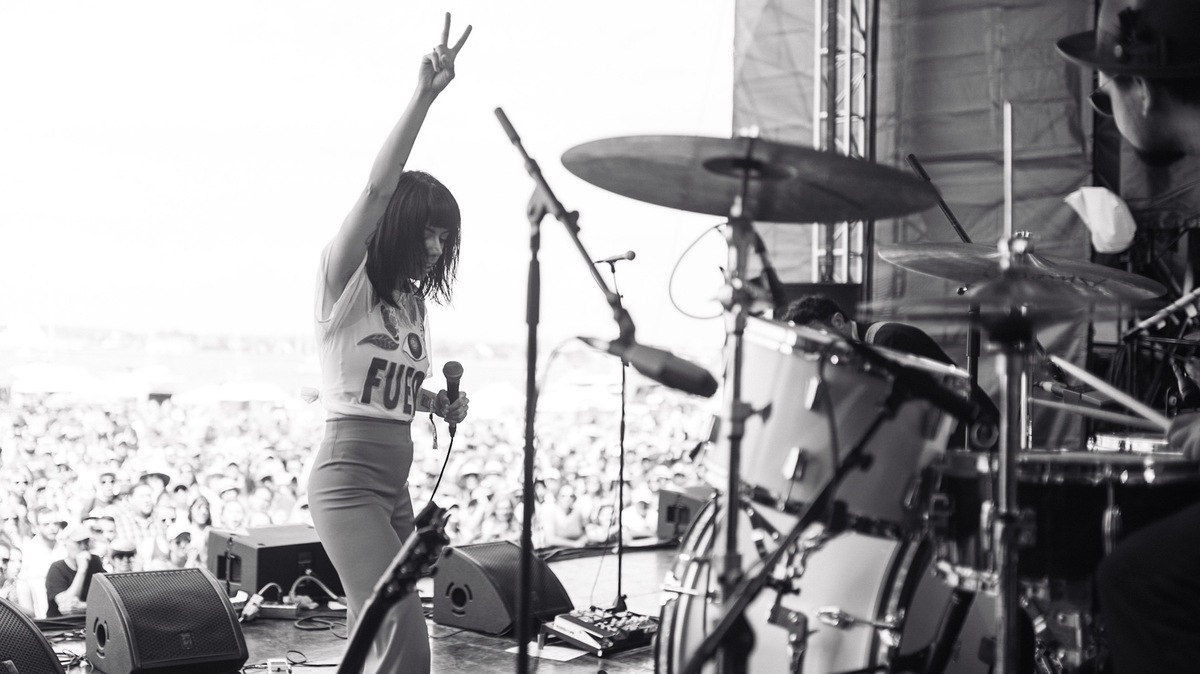 Alynda Segarra of Hurray for the Riff Raff performs live at the 2017 Newport Folk Festival.

Though Alynda Segarra grew up in the Bronx, she left New York City behind as a teenager to chase the romantic allure of America's small towns and wide-open spaces. Those travels, plus her infatuation with the classic songwriting of artists like Joni Mitchell and Townes Van Zandt, have informed Segarra's work fronting the Americana project Hurray for the Riff Raff for nearly a decade.

But for Segarra's most recent album, The Navigator, she turned back toward her starting point, drawing more directly on the musical lexicon and urban ruckus of her family's Nuyorican neighborhood.

That new album provided most of the material for Hurray for the Riff Raff's impassioned Friday afternoon set at Newport Folk Festival. Like the wide-legged, tangerine pants she sported, Segarra's music made a bold statement. Songs like "Hungry Ghost," which she dedicated to "all the queers" in the crowd, and "Rican Beach," an admonition against gentrification, established her intent to speak up for the marginalized. But it was "Pa'lante," performed toward the end of Hurray for the Riff Raff's set, that best represented fierce, unified resistance. Roughly translated, "pa'lante" means "forward!" in Spanish — and, as Segarra remarked when she introduced the song and invited everyone's participation, "the only way we can go forward is to do it all together."