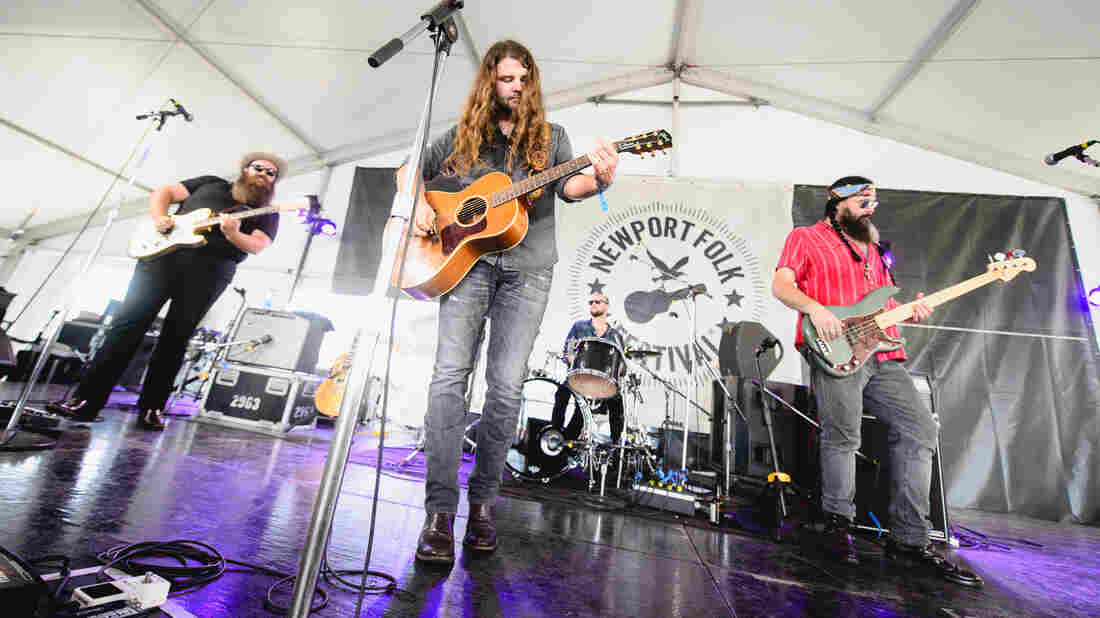 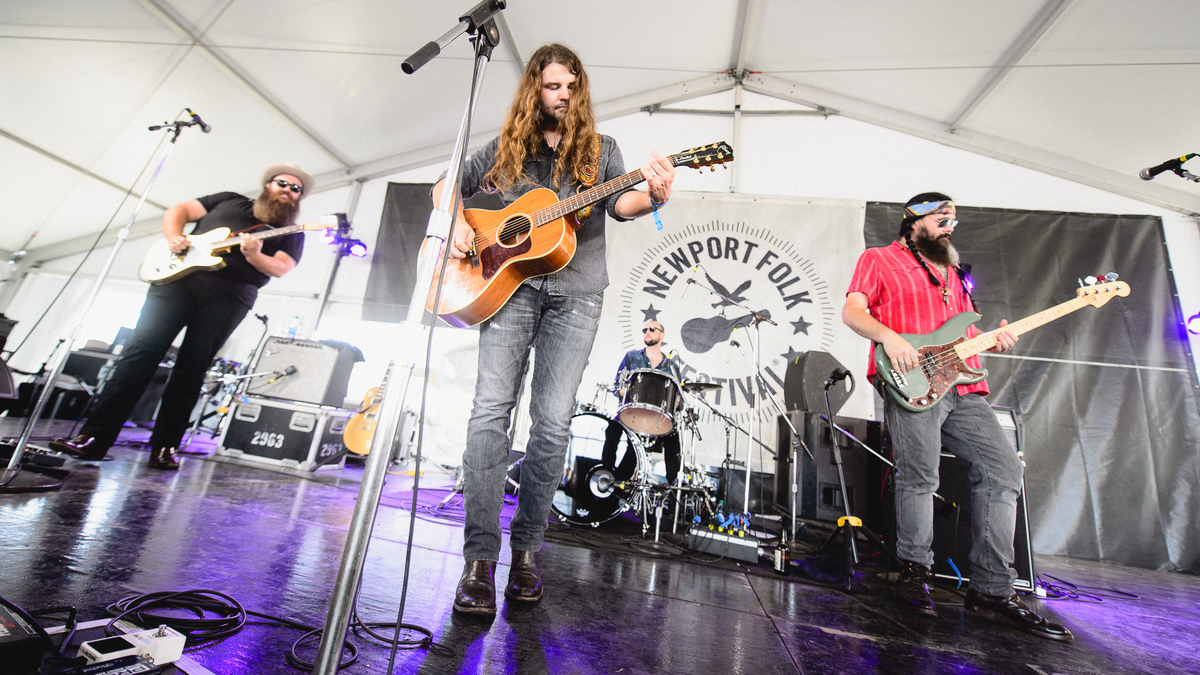 "It's the whole reason I'm here right now," said Brent Cobb by way of introducing his song "Down Home" to the Newport Folk Festival audience Friday afternoon. He'd taken some time off from touring after the birth of his daughter, he explained, but was talked back into the working musician's life in order to contribute to his cousin Dave Cobb's recent concept album, Southern Family, for which he wrote and performed "Down Home." One thing led to another, and now Brent Cobb is back on the road supporting his debut album, Shine On Rainy Day.

Like "Down Home," which Cobb described as "a Sunday in the life of my own Southern family," many of the other songs the Georgia-born singer played at Newport tell detailed, easy-paced stories of family members and close friends. "Down In The Gulley" is based on a true incident in which Cobb's uncle's pumping station was mistaken for a moonshine still, while "Solvin' Problems" sketches out a lazy-afternoon conversation with a good buddy. Cobb also welcomed London singer-songwriter Jade Bird onstage for a brand-new song, "Ain't A Road Too Long." Throughout the set, Cobb's soulful singing and acoustic rhythm playing was threaded through with psychedelic electric guitar, lending a cosmic touch to his earthy, homestyle roots music.