Accessibility links
Attorney Christopher Wray Has Been Confirmed By The Senate As The Next Director Of The FBI The Senate has easily confirmed Christopher Wray to be the next FBI director, placing him atop the law enforcement agency after the ouster of former Director James Comey in May. 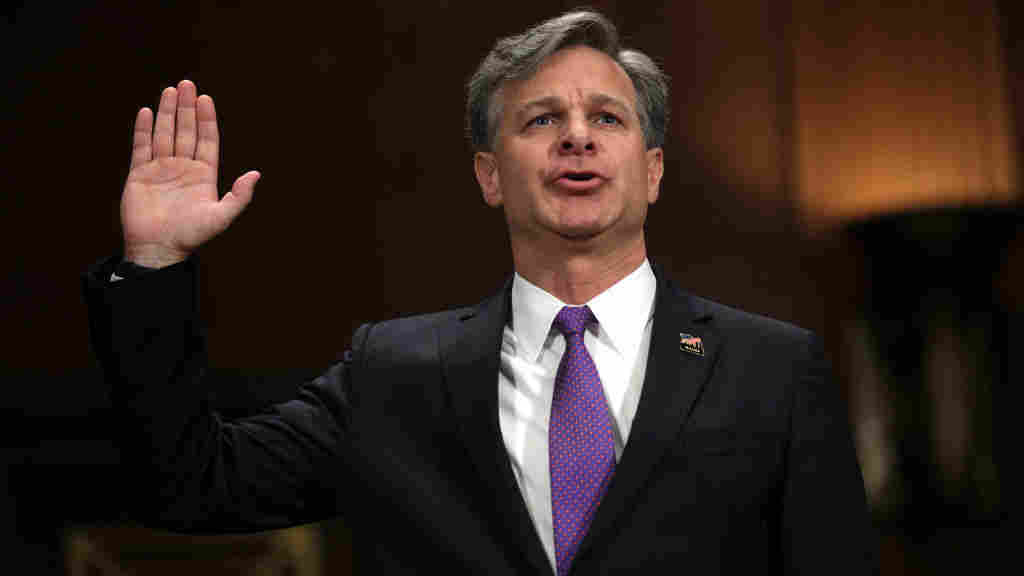 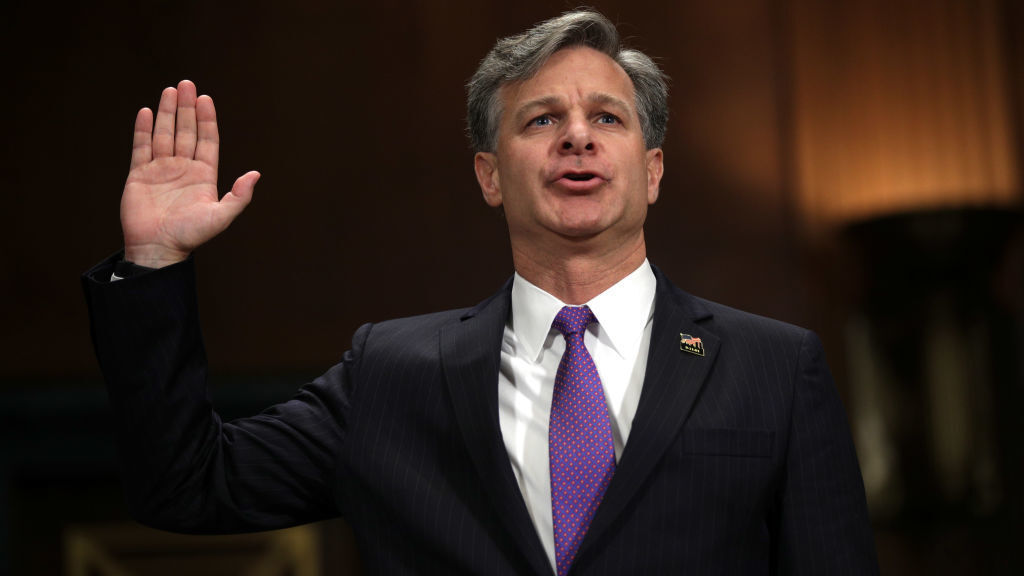 Then-nominee Christopher Wray is sworn in during his confirmation hearing before the Senate Judiciary Committee last month.

The Senate has easily confirmed Christopher Wray to be the next FBI director, a position he assumes after former Director James Comey was ousted by President Trump in May.

The 50-year-old former Justice Department lawyer was approved by a 92-5 vote.

Wray was Trump's choice to lead the FBI after he decided to fire Comey — a controversial decision that led to the appointment of special counsel Robert Mueller to take over the bureau's investigation into Russian interference in last year's elections and possible collusion between top aides to the Trump campaign and Russia.

During his confirmation hearing last month before the Senate Judiciary Committee — which approved him unanimously for the post — Wray stressed his independence from the White House and underscored that he believes the intelligence community's determination that Russia interfered in the 2016 presidential race, even though Trump has at times cast doubt on that assessment.

Wray pledged he would "never allow the FBI's work to be driven by anything other than the facts, the law and the impartial pursuit of justice. Period." And he added that anyone who thought he would pull any punches as FBI director "sure doesn't know me very well."

Wray also said he was "very committed to supporting Director Mueller in the special counsel investigation in whatever way is appropriate for me to do that," and added that any effort to tamper with or influence the investigation would be "unacceptable and inappropriate" and would, in his view, need to be dealt with "very sternly." Wray also said he had not given anyone "any kind loyalty oath at any point in the process" when he was under consideration for the appointment by the White House.

According to NPR's Carrie Johnson, Wray "has spent years working in and around the U.S. Justice Department, making national security policy and overseeing cases against corrupt business executives. But he's operated outside the spotlight, by design."

That shunning of the spotlight has earned him praise and led many to conclude he can help steady the agency at a time of upheaval and increased scrutiny. Wray was a former federal prosecutor in Atlanta before joining the George W. Bush Justice Department as it dealt with the aftermath of the Sept. 11 attacks.

A previous version of this story misspelled Robert Mueller's last name as Muller.