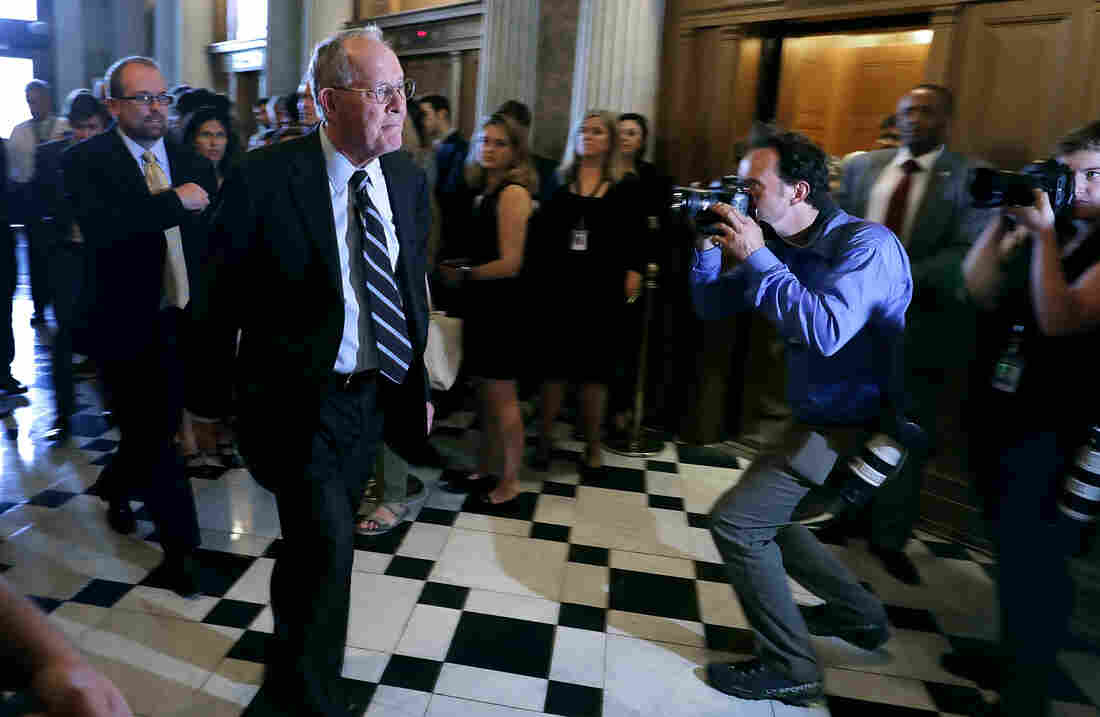 Sen. Lamar Alexander, R-Tenn., walks to the Senate chamber for a vote in the U.S. Capitol on July 26. He and Democratic Sen. Patty Murray of Washington announced Tuesday they would begin to hold health care hearings in September. Chip Somodevilla/Getty Images hide caption 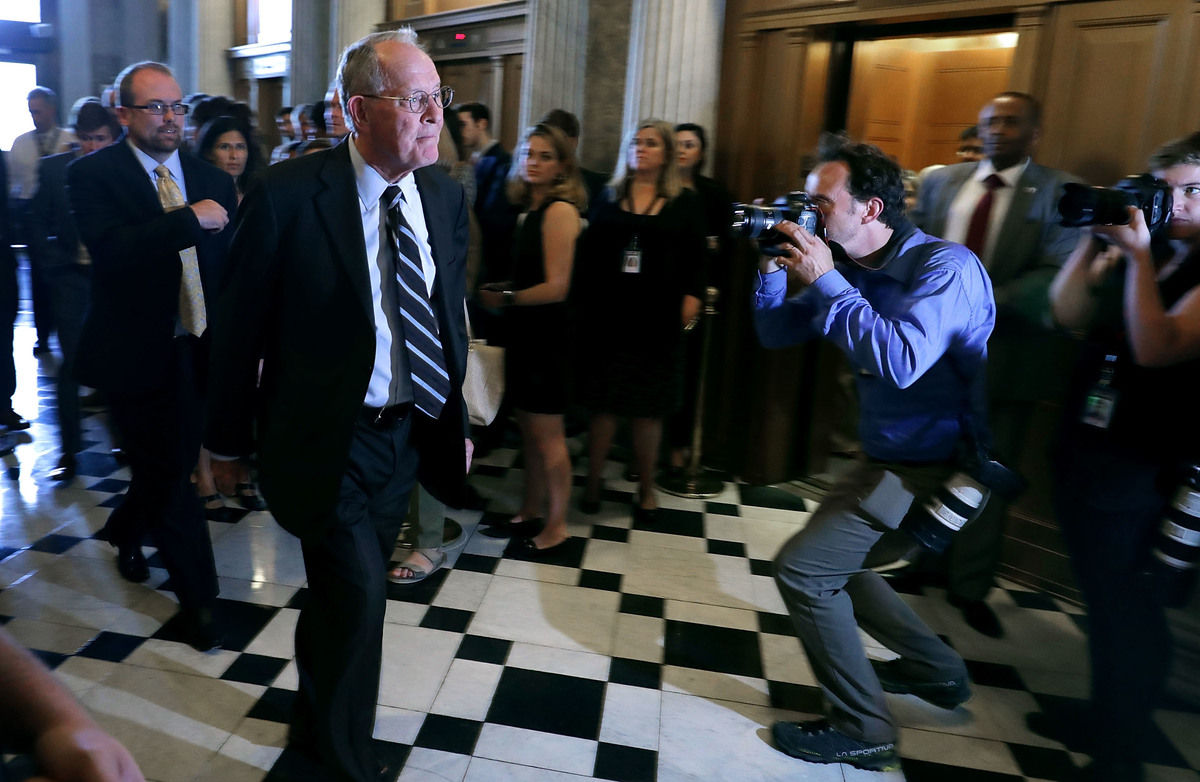 Sen. Lamar Alexander, R-Tenn., walks to the Senate chamber for a vote in the U.S. Capitol on July 26. He and Democratic Sen. Patty Murray of Washington announced Tuesday they would begin to hold health care hearings in September.

Senate Republicans don't appear to be too worried about President Trump's latest round of threats.

"If a new HealthCare Bill is not approved quickly, BAILOUTS for Insurance Companies and BAILOUTS for Members of Congress will end very soon!" Trump said on Twitter over the weekend. He followed that tweet with a similar threat Monday, writing, "If ObamaCare is hurting people, & it is, why shouldn't it hurt the insurance companies & why should Congress not be paying what the public pays?"

And yet, the Senate is clearly moving on from health care — at least for now. Tuesday, Majority Leader Mitch McConnell laid out his short-term priorities: confirming presidential nominees and passing bills related to the Department of Veterans Affairs and the Food and Drug Administration. In September, McConnell says, the Senate will turn its attention to a tax bill.

In other words: not health care.

Underscoring the end of the deadline-driven push for repealing the Affordable Care Act: Sens. Lamar Alexander, R-Tenn., and Patty Murray, D-Wash., announced the Senate Committee on Health, Education, Labor and Pensions would begin holding health care hearings in September. The hearings won't focus on a broad repeal of the current health law, but rather on smaller-scale measures needed to stabilize Obamacare marketplaces.

What "bailouts" was Trump referring to? The "insurance company bailouts" are known as cost-sharing reductions, or CSRs. As NPR's Alison Kodjak explains, the federal government's monthly payments "reimburse insurance companies for discounts the law requires them to give to low-income people who buy insurance through the Affordable Care Act exchanges. The federal money that goes to insurers in these payments ... offsets the money insurers lose by lowering the deductibles and co-payments they require of these policyholders."

The Trump administration decides whether to make these payments on a monthly basis, and White House officials have repeatedly threatened to cut them off. Many Republicans are urging them not to. "It's absolutely essential that the cost sharing reductions be continued," said Maine Republican Sen. Susan Collins. "When I hear them described as an insurance company bailout, that is just not an accurate description. The reason we have CSRs is to help low-income people."

As for the congressional "bailouts" — that's a bit more complicated. The Affordable Care Act required members of Congress and their staff to receive their health insurance through Obamacare exchanges. But an unintentional loophole in the language initially threatened to drive up costs for lawmakers and staffers by substantial margins, compared to other federal employees.

In 2013, the federal Office of Personnel Management ruled that lawmakers and the tens of thousands of affected staffers would continue to receive the same cost-sharing benefit as before: The government would fund 75 percent of health insurance costs, with the employee paying the rest.

In other words, congressional staff and lawmakers would purchase insurance on the District of Columbia insurance market, but continue to effectively receive the same employer contribution that most people covered by their workplace use to pay for the bulk of insurance costs.

So technically, the Trump administration could order the Office of Personnel Management to reverse that ruling, and leave lawmakers and staffers to fully fund their health insurance costs themselves.

Most lawmakers dismissed the tweet. "I'm not exactly sure what he's talking about," said South Dakota Republican Sen. Mike Rounds. Asked whether he thinks Trump would follow through on the threat, Rounds said: "I don't know. You'd have to ask the president. I respect the office of the presidency and know he has a number of tools available to him."

Rounds pushed back against Trump's suggestion that Senate Republicans are "quitting" on Obamacare repeal. "Just recognize that we really are trying to get to someplace where we help people that are going to be hurt if we don't do something to stabilize and bring these premiums down," he said.

Trump's threat did get support from an occasional GOP critic: South Carolina Sen. Lindsey Graham. "We should pay a price" for not passing a repeal bill, Graham said. "We haven't tried all our options yet."

"The idea that Congress should pay a price for failing here probably resonates with 90 percent of the country, so I think he's on to something."

But with Senate leaders making it clear they're moving on to other issues, the question is now whether Trump follows through on his threat.