Accessibility links
Trump Remarks Eclipse Sessions' Talk Before Black Law Enforcement Group The attorney general was in Atlanta to promote a new crime-fighting agenda, but much of the attention was on the president's comment that police shouldn't be "too nice" to suspects in custody. 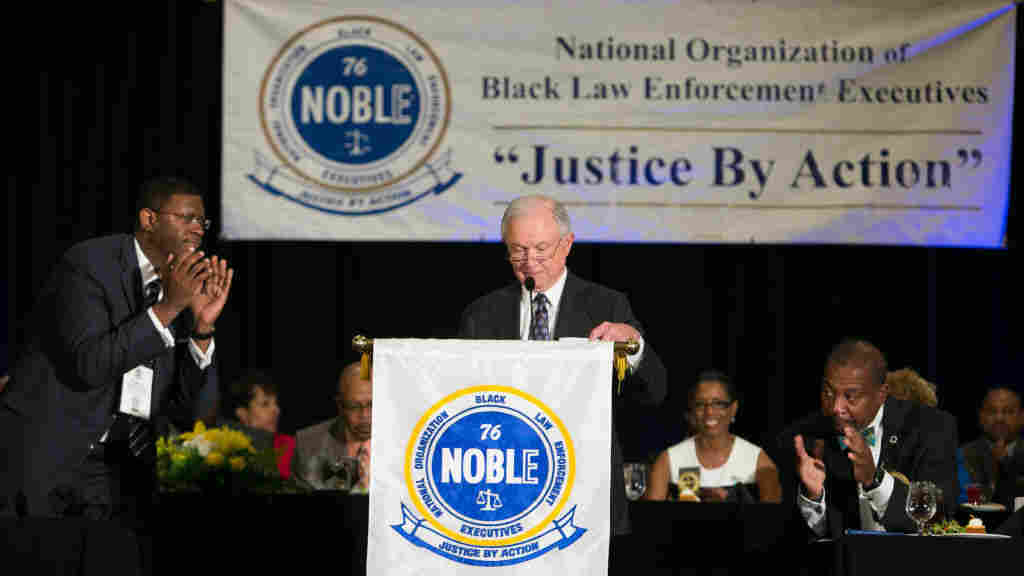 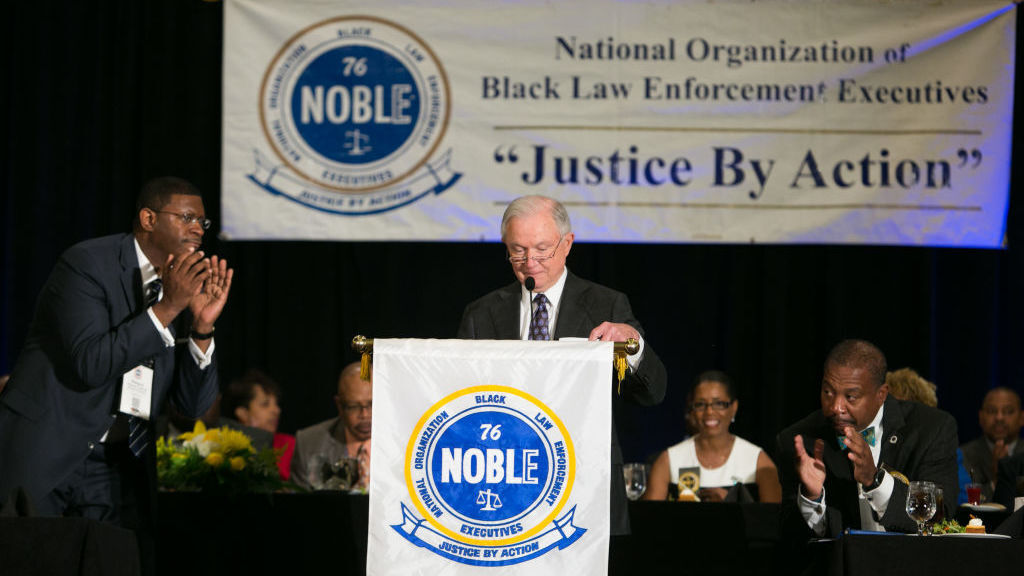 Attorney General Jeff Sessions on Tuesday attended a conference for black law enforcement officials and promoted his new crime-fighting agenda. Much of the attention, however, went to some recent comments by President Trump that officers should not to be "too nice" to suspects in custody.

When Sessions walked into the hotel ballroom in Atlanta, the reception was professional and polite. Sessions spoke to members of the National Organization of Black Law Enforcement Executives and lamented the damage crime does to struggling neighborhoods.

"That's not right," Sessions said. "Regardless of wealth or race, every American deserves to live without the constant fear of violence into their lives."

The attorney general then asked the black law enforcement association to partner with him to fight this crime and build community trust.

"We have your back. You have our thanks. God bless you all," Sessions said.

Many in the audience stood up and applauded Sessions' remarks. The reception, however, was a little less warm when Sessions headed into a closed-door discussion with leaders of the organization because of comments Trump made last week to law enforcement officers in Long Island, N.Y.

"It was heard around the country by the very communities that we're trying to build relationships with, and I believe it had an impact," said association President Perry Tarrant, who spoke at a news conference after meeting with Sessions.

Tarrant's group confronted the attorney general about the president's off-the-cuff statement — saying it goes against what the group stands for: fair and equal treatment.

"We have to take this opportunity to underscore the value of civil rights, and the requirement of all law enforcement to behave professionally and protect everyone's civil rights, whether they're in custody or not," Tarrant said.

The Department of Justice wouldn't comment about the closed-door meeting. The White House has said the president's remark was a joke.

Tarrant says the attorney general was receptive to his group's concerns. Members of the National Organization of Black Law Enforcement Executives say they're open to working with the Trump administration — as long as it treats all people in the correct way.