Accessibility links
Review: The Districts, 'Popular Manipulations' The latest album by the Philadelphia-based indie rockers is their best yet. 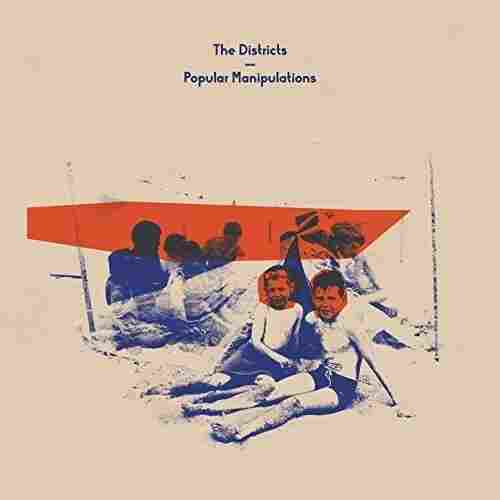 The Districts, Popular Manipulations. Courtesy of the artist hide caption

About two hours west of Philadelphia sits Lancaster, the heart of Pennsylvania's Amish Country. Head another eight miles north, along Route 501, and you'll find a small town called Lititz. Once proclaimed as "America's coolest small town," Lititz is the home to Clair Brothers, a world renowned sound and production company, and Rock Lititz, a sprawling music industry complex where the biggest names go to rehearse, with full production, their tours.

Lititz can also lay claim to The Districts, a four-piece rock band fronted by the charismatic lead singer and guitarist Rob Grote. Grote, bassist Connor Jacobus, and drummer Braden Lawrence have known each other since attending grade school together in Lititz, and formed the band when they were at Warwick High school. After self-releasing their 2012 debut Telephone, they moved to Philadelphia, signed with Fat Possum and released 2015's A Flourish And A Spoil. (Guitarist Pat Cassidy joined the band in the summer of 2014.)

Now comes The Districts' third full-length, Popular Manipulations, and it's a significant leap forward for the band. Across 11 songs, fans will notice changes (for the better) in songwriting, technique, production and arrangements. It's a dense and intense collection of songs that stands tall, with a broad and far-reaching indie-rock lens attached.

Throughout the record, Grote emulates David Bowie circa Low and Heroes, singing in a low register and employing a series of vocal gymnastics. A swirl of heavy psychedelic rock sets the foundation for many of these songs, but the arrangements on "Airplane," "Salt" and "Why Would I Wanna Be" demonstrate a level of craftsmanship that hasn't always been there in the past.

The Districts worked with producer John Congleton on a few songs (he also produced A Flourish And A Spoil), and self-produced the balance of the record with engineer Keith Abrams. Guest stars include Zoe Reynolds of Kississippi — who sings on two of the album's best songs "Violet" and "Point" – as well as Luke Shefski on cello, and Abrams on some additional backing vocals.

Popular Manipulations is a powerful and punchy set of songs by a group of men whose talent has finally caught up to its ambition. It demands and commands your attention.