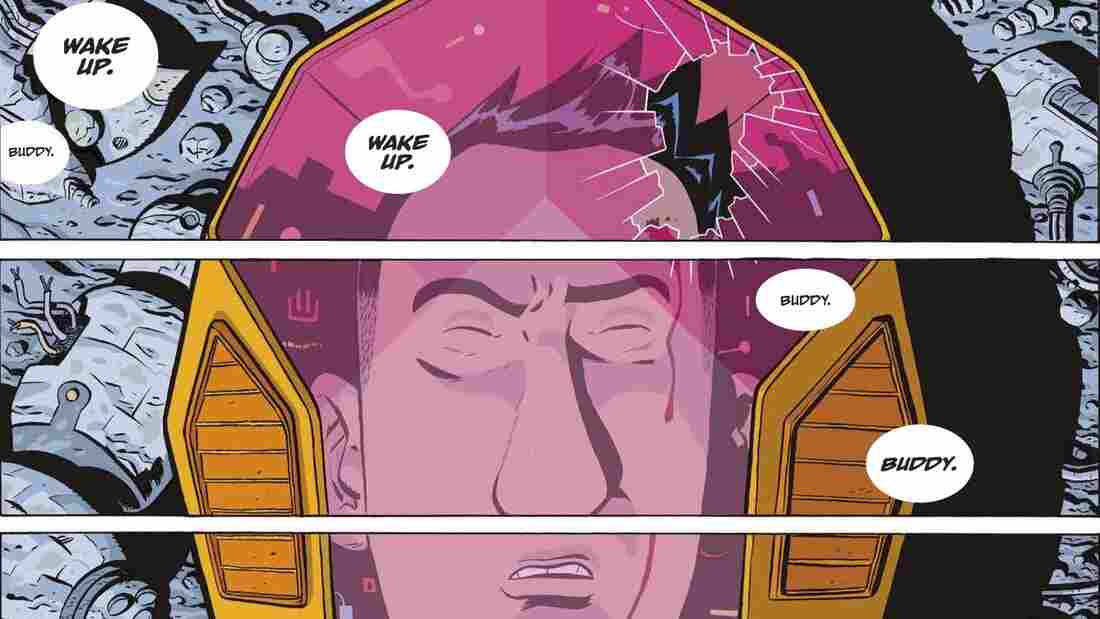 Detail from the opening page of the graphic novel Solid State, by Matt Fraction and Albert Monteys, from a concept (album) by Jonathan Coulton. Image Comics hide caption 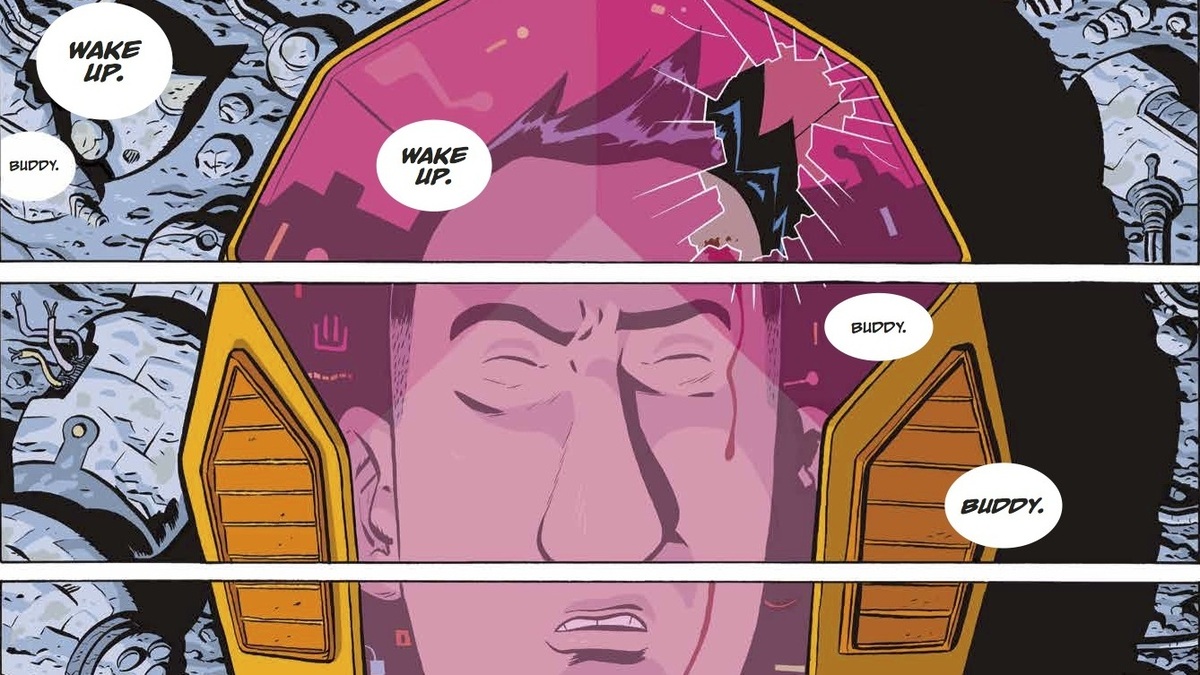 Detail from the opening page of the graphic novel Solid State, by Matt Fraction and Albert Monteys, from a concept (album) by Jonathan Coulton.

In April, musician Jonathan Coulton released Solid State, a sci-fi concept album that represented a significant departure — both from Coulton's wry, bright, tuneful back catalog and from any conventional understanding of what a sci-fi concept album sounds like. Gone, for the most part, were the stripped-down but aggressively catchy hooks, and the lyrics riffing on the foibles of digital culture, that Coulton's built a career on. But it also neatly avoided the species of grandiose, leaden pomposity that often weighs down concept albums so wrapped up in executing concepts that they forget to be ... well, albums. 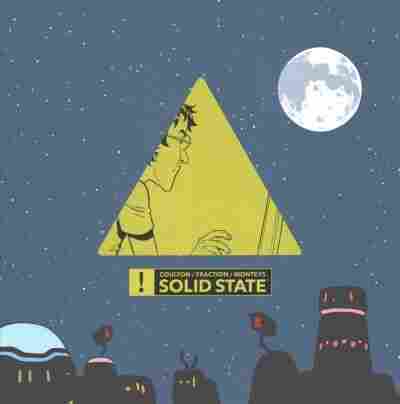 by Matt Fraction and Albert Monteys

On first listen, with its shout-outs to futurist Ray Kurzweil, comment-section trolls, thinkpiece-gluts, and hack memes, Solid State seems a caustic critique of the internet — which would be, as Coulton notes, "a little-off brand for me." Spend a bit more time with it, however, and its muted, melancholy songs reveal their true target: the toxic culture of glibness and hot takes that's leaching from the internet into every aspect of our lives.

The album features multiple perspectives and timelines, but its soundscape is allusive and impressionistic, resisting strict narrative. For that, Coulton turned to writer Matt Fraction and artist Albert Monteys, who with Coulton's input have taken some of the album's words, images and thematic preoccupations and crafted a graphic novel set largely in a future that will seem familiar to any reader of science fiction: a corporate-owned dystopia where humans have become dutiful, unthinking, unfeeling worker bees attending to menial tasks amid a culture engineered to keep them unthinking and unfeeling.

There's plenty of the kind of clever, characterizing touches that Fraction (writer of comics like Sex Criminals, The Invincible Iron Man, and a hugely popular run on Marvel's Hawkeye) is known for on display: When our hapless main character seeks out his employer — a wizened plutocrat floating in a tank of goo whose face is obscured by an enormous visor — the old man offers little more than vague, chirpy platitudes, adding, "You can't tell but I promise I'm winking."

Monteys draws characters whose features are are open and expressive, with long, Modigliani faces. The tech that surrounds them exudes an aggressively playful friendliness that's meant to render it innocuous and attractive to the people of this world — and, for precisely that reason, chillingly sinister to readers.

Day 5: Is That Jonathan Coulton?!

When Monteys wants to reinforce the repetitive, Orwellian procedures that make something as simple as requisitioning a new safety helmet such a chore for our hero, he divides his page into a jail-like grid that slows the pacing and underscores the monotony of his existence.

That dark future, in which much of the graphic novel is set, while familiar, is conjured through the accretion of specific, idiosyncratic details. But the true subject of the book is not where humanity ends up, but how we'll get from here to there.

To chronicle this, Fraction and Monteys take a cue from Coulton's album and create two timelines. The first is set in a near future, in which a young man named Robert works at a giant tech company that's hoarding user data. The second is set in that aforementioned far distant future, when that same company has mutated into the world's only civil authority, aggressively monitoring its sheepish citizens.

Both men, in both timelines, are named Bob, and their experiences echo and intersect in several oblique ways. So oblique, in fact, that the book rewards a second reading, because Fraction and Monteys are perfectly happy to incorporate imagery from Coulton's album into tangents that build out the world(s) without advancing the plot. (The song "Pictures of Cats" becomes a brief interlude in which our main character looks at ... well. You get it.)

The net result is intriguing, but untidy: Several plot elements that we expect to cohere instead simply coexist, and become a kind of narrative background noise. That's a deliberate choice. These three creators believe that the roots of this dystopic future are all around us, but we're collectively choosing to ignore them in precisely the same we blithely click past online Terms and Conditions agreements without bothering to read them. As a consequence, the mood that Solid State leaves on the reader is a singular and contradictory one: a blithe, doggedly cheerful hopelessness.