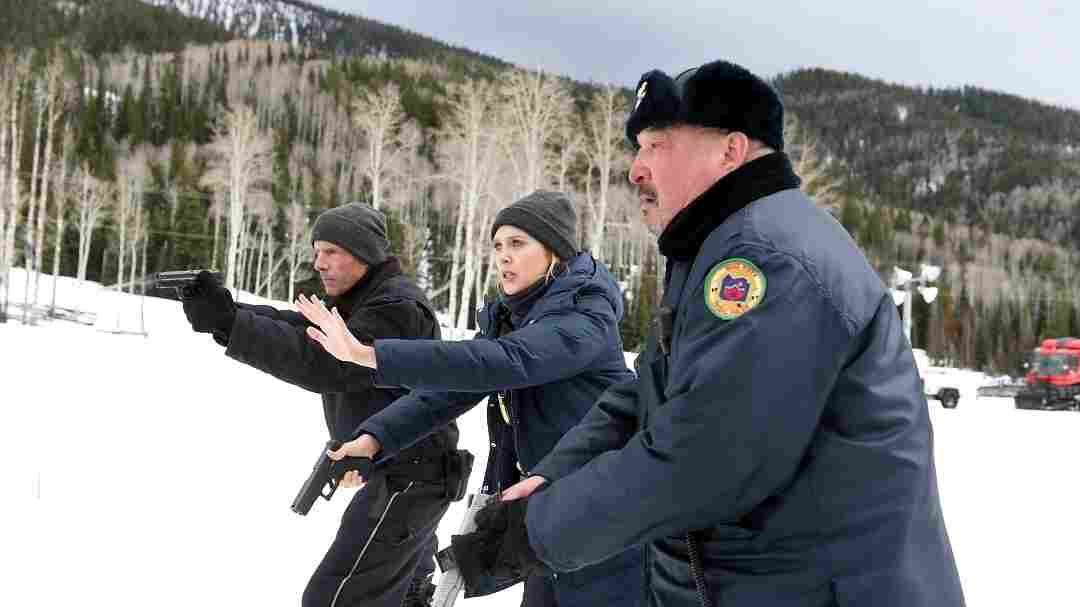 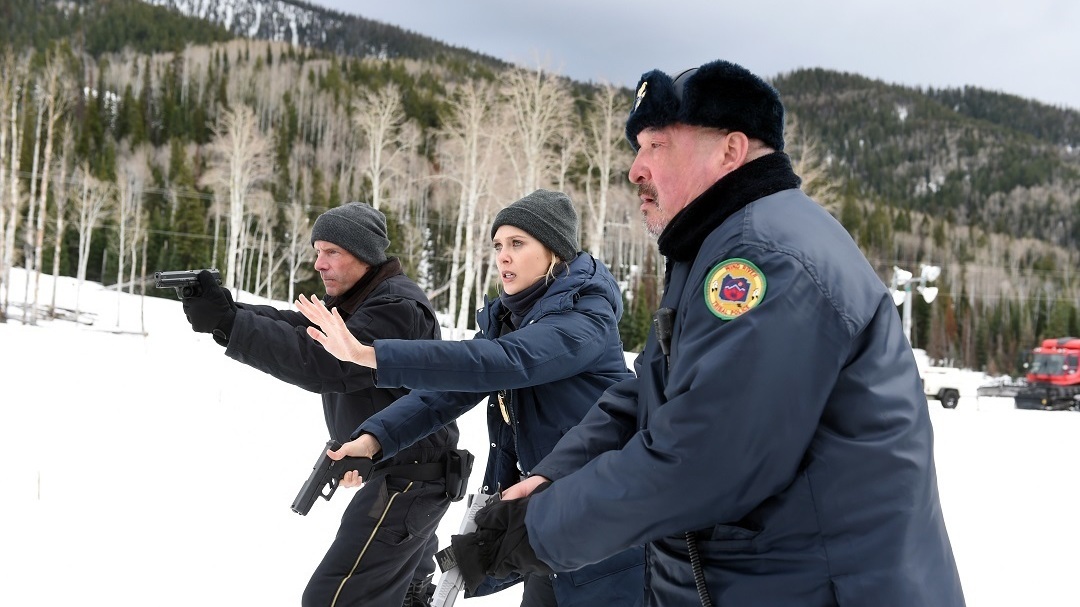 She falls. Screams. Gets up. Runs some more.

Cut to bright daylight. A wolf stalking a flock of sheep. A shot rings out as this predator is felled by another: a marksman who, in his snow-camouflage gear, blends invisibly into the landscape. Cory (played by Jeremy Renner) also blends in socially, though there aren't many folks to blend in with next to the Wind River Indian Reservation. His being close to the people there is what makes this film compelling in a genre that's become so cut-and-dried the term "thriller" barely describes it any more.

'Hell Or High Water' Is A Smart, Substantive Heist Film

Sheridan wrote Hell or High Water, the 2016 Oscar-nominated police procedural that was also unusual for being character-based and surprising. This time, he's sitting in the director's chair, and he turns out to be as adept at realizing the words on a script's page as he is at putting them there in the first place.

He has conceived Cory as a man of few words and enormous pain. After losing a teenage daughter, he became estranged from his Native American wife (Julia Jones) but remains devoted to both her and their son, Casey (Teo Briones). So he offers to take the boy to visit her parents on the reservation while she's away job hunting. It'll be an opportunity to mentor the kid about rifles ("Remember, a gun's always loaded, even when it ain't"), something Cory does almost without thinking, passing on skills, insights, knowledge — a trait that will soon come in handy. 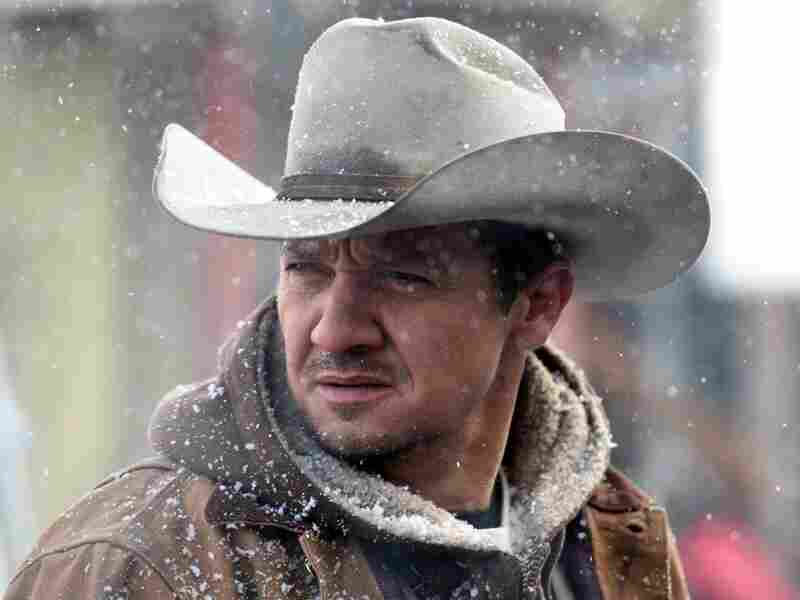 Cory (Jeremy Renner) is still mourning the loss of his own teenage daughter when he discovers the dead girl. Courtesy of The Weinstein Company hide caption 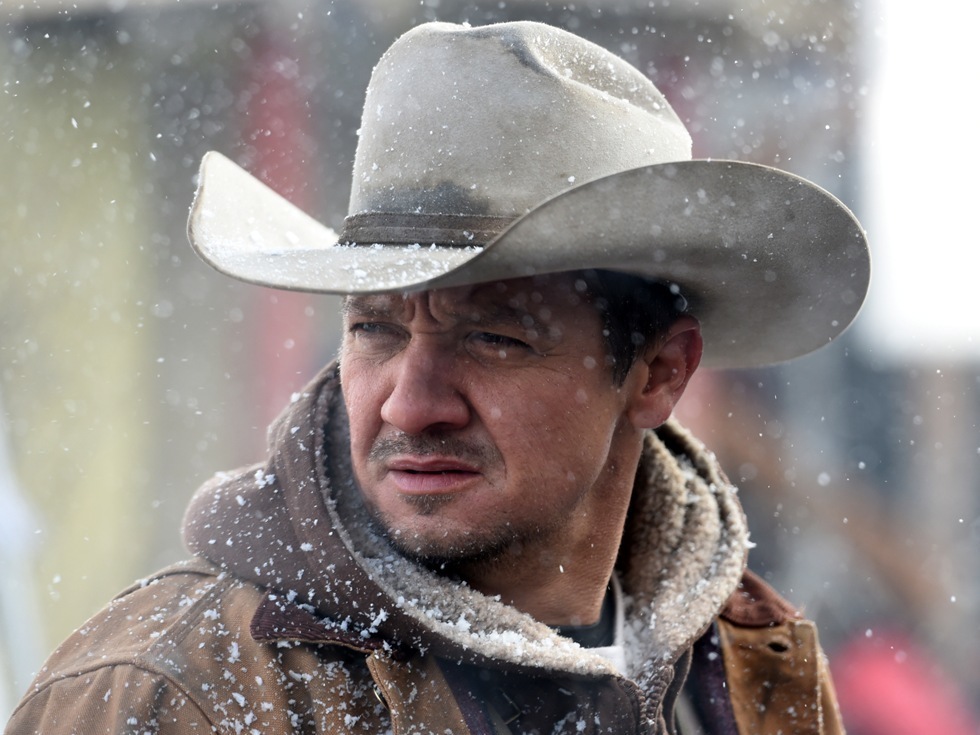 Cory (Jeremy Renner) is still mourning the loss of his own teenage daughter when he discovers the dead girl.

Courtesy of The Weinstein Company

Their trip to the "rez" involves a hunt for the mountain lion that killed a yearling on grandpa's land, during which Cory comes across the body of the teenage girl we saw earlier, frozen in the snow.

FBI agent Jane Banner (Elizabeth Olson) flies in from Las Vegas. She's dressed for cold in Vegas, notes the local sheriff (the ever-reliable Graham Greene), and about as clueless about Wyoming winters as that fact suggests. When they get to the body near the tree line, she sees evidence of foul play, but Cory, a tracker, looks at the girl's footprints in the snow and sees a whole story unfolding. More mentoring, as he clues her in to what the clues suggest: that the girl died from an intake of icy air that froze her lungs, causing them to fill up with blood.

Jane wonders how far she had run. Cory looks around at the nothing in all directions before he replies: "Oh, I don't know. How do you gauge someone's will to live?"

If that sounds like dialogue from a classic Western, poetic in its sparseness, that's by design. Sheridan makes contemporary films that for all practical purposes are Westerns, and in them he deals with a host of current social issues. His characters are pushed to extremes by circumstances — not just that girl who turns out to have run 6 miles barefoot in the snow, but also elders in her community (played by Native American actors Gil Birmingham and Tantoo Cardinal) and even the bad guys.

Sheridan paints a searing picture of life on society's margins — people who live with "silence and snow" and not much else. And if the conclusion to his film's mystery is a bit of a rush to judgment — breathless, yes, but less breathcatchingly arresting than what's gone before it — he's still managed to make Renner and Olsen feel like icons while keeping them rendingly real. And that allows the sense of loss in Wind River to pile up, deep as snow drifts.

A previous Web version of this review said Gil Birmingham and Tantoo Cardinal play a girl's parents. Birmingham portrays her father but Cardinal's character is not the mother.