Accessibility links
Why America's Wages Are Barely Rising Economists say the pickup in wages has been sluggish. One possible reason is that high-earning baby boomers are leaving the workforce. And some people aren't looking to work because wages are too low. 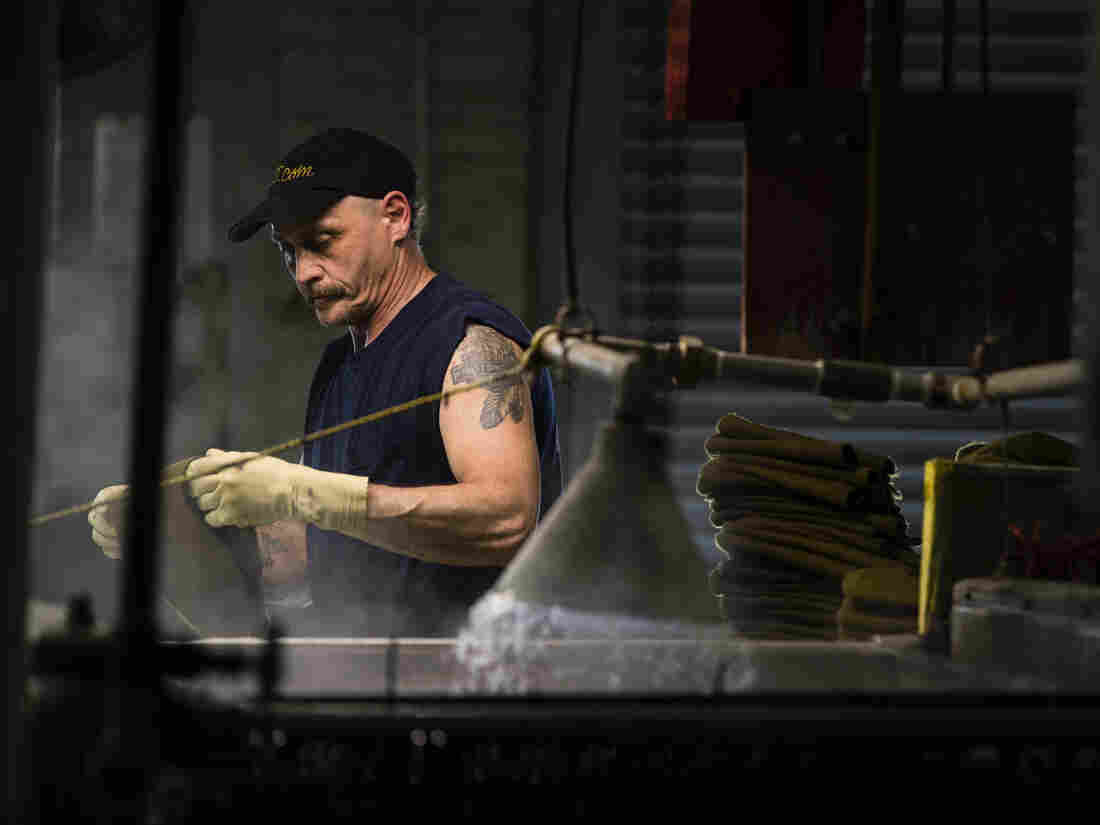 A worker at the Bollman Hat Co. in Adamstown, Pa. Economists say the pickup in U.S. wages has been sluggish. One possible reason is that baby boomers are leaving the workforce in their peak earning years. Matt Rourke/AP hide caption 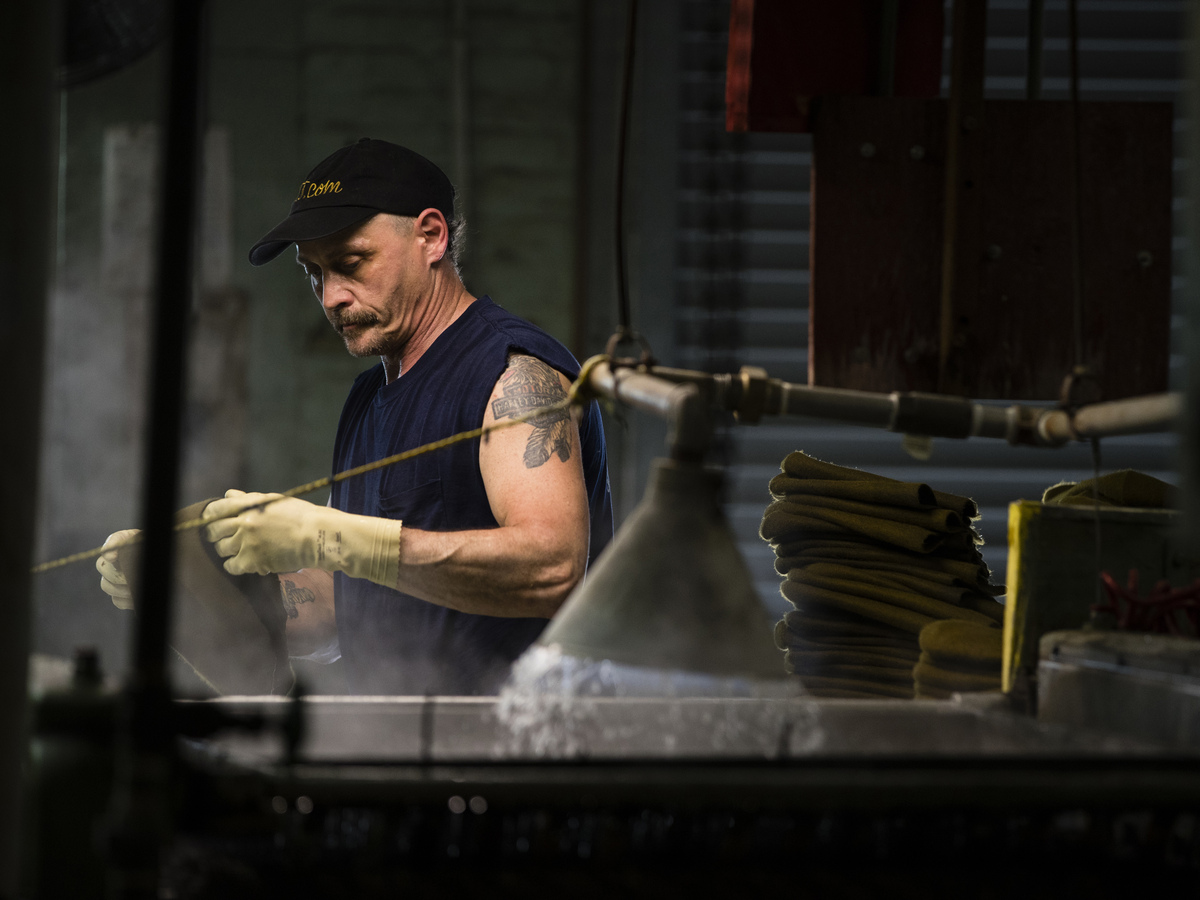 A worker at the Bollman Hat Co. in Adamstown, Pa. Economists say the pickup in U.S. wages has been sluggish. One possible reason is that baby boomers are leaving the workforce in their peak earning years.

Americans have been waiting for a solid pay raise for years. Maybe there's good news awaiting them as the country employs more people.

The U.S. economic recovery has gone on for eight long years, and the unemployment rate is at a low 4.4 percent. But wage gains have barely budged.

That's got economists scratching their heads.

Andrew Chamberlain, the chief economist at the jobs and recruiting company Glassdoor, says even as the unemployment rate fell to a 16-year low recently, wage growth has slowed. The company's own data for July confirm that. He says it shows "very sluggish growth, the slowest pace we've recorded in about three years and it's the sixth straight month that pay growth has declined."

The Labor Department's numbers aren't quite that bad, but they do show wage growth averaging 2.5 percent in the past four months after peaking at 2.9 percent in December. (The latest figures will be part of Friday's employment report for July.) Chamberlain says wage growth at this stage of an economic recovery should be close to 3.5 percent.

He says there are a number of theories about why this hasn't happened. One is that many young, inexperienced workers are entering the labor force. He says they "are replacing baby boomers who are leaving near their peak earning years."

Those young workers are paid much less and are dragging down the earnings growth for the nation as a whole.

Chamberlain says there's another factor in the disconnect: The low unemployment rate doesn't reflect the fact that a large number of prime-age workers remain outside the labor force, so they're not counted as unemployed. These are people between ages 25 and 54 — the prime working ages — who are not looking for a job, but might if the conditions were right, he says.

About 22 percent of this prime-age group remain on the sidelines of the labor force. That number was lower before the Great Recession, Chamberlain says, and a good-paying job is the best way to lure them back.

People who are out of the labor force face a trade-off. Chamberlain says they ask themselves, "Is it worth it, when I factor in all taxes and benefits (and the cost of day care). Is it worth it for me [to] take a full-time job or not?" He says rapid wage growth can tip the balance.

Economist Dean Baker of the Center for Policy Research agrees. He often sees reports of employers complaining they can't find enough workers and, he says, "I look at it and go, well, have you tried raising wages?"

Chamberlain says this prime age group has been slowly returning to the workforce as wages have slowly risen. But, he says, at the current pace it will take at least six months or more to get their participation to levels seen before the Great Recession.

Baker says there's a danger that Federal Reserve interest rate hikes could slow the economy before enough of these workers return. For the moment, he says, "it looks like they [the Fed] are going to put off further rate hikes." That's good, he says, because it will allow more growth that can attract more of these people back to work.

There are other reasons that wages aren't rising, says Baker, including a decline in unionization and slow productivity growth. But both of those require longer-term solutions.

And, of course, the hourly wage numbers in the employment report are an average. If you live in Boston, San Francisco or Seattle, chances are wages are rising much faster than the average for you. And if you're in health care technology, wages are rising rapidly. If you're a buyer for a retail outlet, you're not so lucky.