Accessibility links
Brush Yourself Off And Try Again: An Invention Story Inventing even the simplest product is a fraught process. Mike Davidson and Mike Smith have learned that lesson the hard way as they seek to change the way teeth get cleaned. 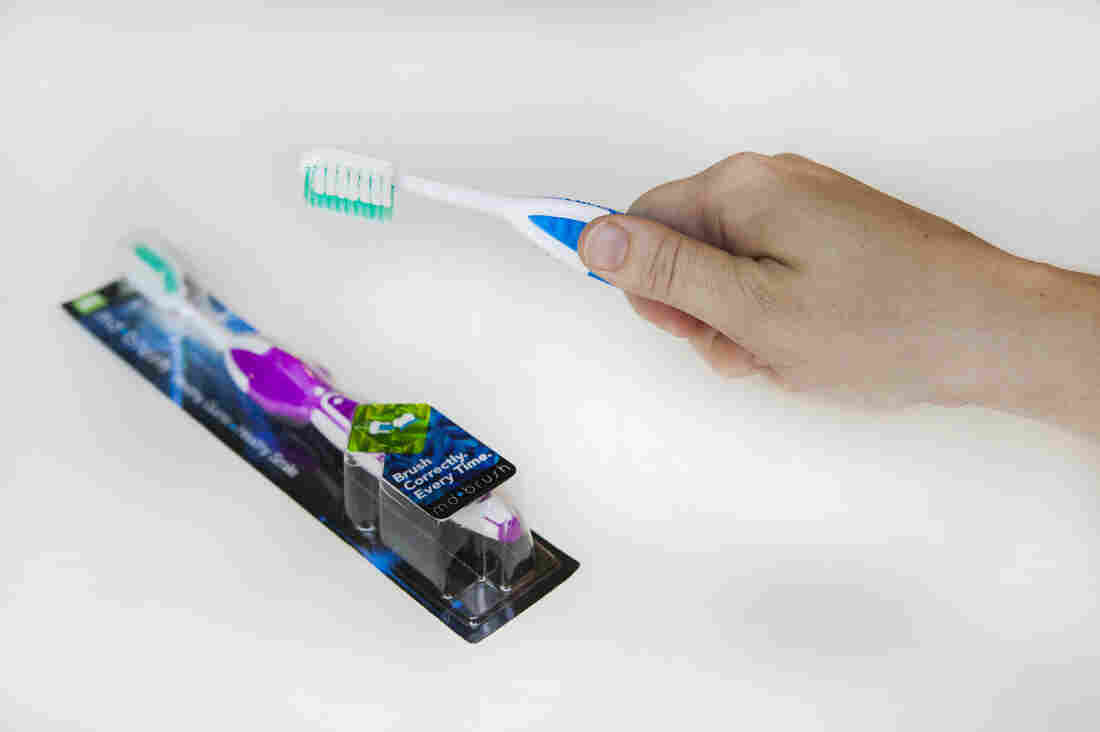 The MD Brush toothbrush forces users to hold it at the optimal angle relative to their gums. Shuyao Chen/NPR hide caption 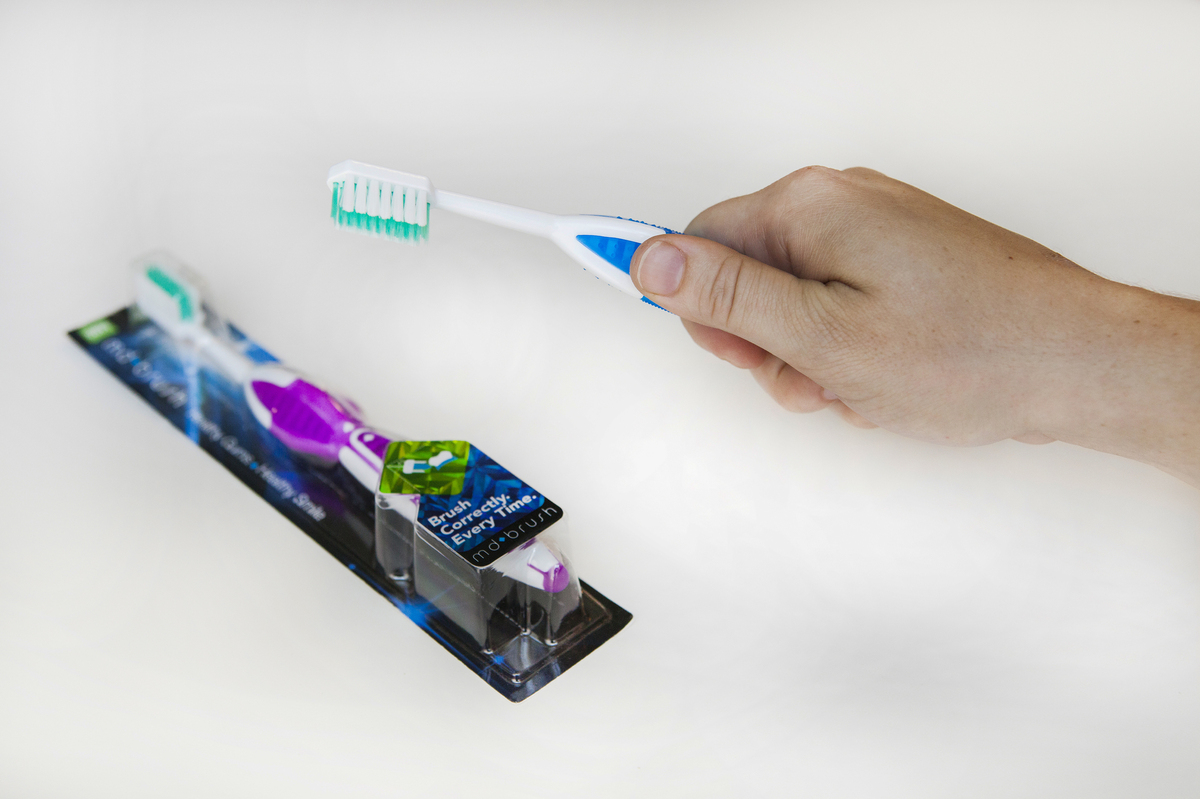 The MD Brush toothbrush forces users to hold it at the optimal angle relative to their gums.

When you want to change the world, a good invention helps. But that is just the start.

Take the story of Mike Davidson and Mike Smith: They wanted to change the world of dental hygiene with a new kind of toothbrush.

Three years ago, their brushes were rolling off the assembly line, ready for consumers. But then the pair ran into a business buzz saw, and it changed the way they saw the business of invention forever.

The story goes like this. Davidson is a dental hygienist. About a decade ago, he invented the MD Brush, and he partnered with dentist Mike Smith to bring it to the market.

What makes the brush special is when you grip the handle, it automatically positions the bristles at a 45-degree angle to the gum line. There is scientific evidence that this is the best angle for effective brushing.

When you brush your teeth properly, "it feels a certain way," says Davidson. "That's what this brush is designed to do. It's designed to show you what good brushing feels like."

We told the story of MD Brush in 2014. At that point, it had taken seven years to go from the idea for a new toothbrush to an actual product: seven years of designs, redesigns, re-redesigns, manufacturing obstacles, marketing stumbles and website crashes. When our story aired in August 2014, a production run of 100,000 MD Brushes was underway at a factory in Vietnam.

But not long after the first shipment arrived in the U.S., they ran into the dental industrial complex. One of the big toothbrush companies filed suit against them, accusing them of patent infringement.

"I don't know if we were overwhelmed by it, but I mean it was definitely a gut check for both of us," says Smith.

"We could have fought them," says Davidson. "We were confident that we would have won, but to get it in front of a judge to make a ruling on it would have cost us upwards of half a million dollars."

Davidson says the pair swallowed their pride and settled the lawsuit, even though it meant throwing away 65,000 unsold toothbrushes.

Davidson says it hurt and completed his transition from idealistic inventor to hardened businessman.

"I'll put it to you this way," he says. "Anytime, if you've got an innovative product that's going to impinge upon a larger company's market share, get ready, because they're going to come after you. And that's what happened with us."

Sunstar Americas Inc., the maker of GUM brand oral products and the company that initiated the legal proceedings, declined to comment on the lawsuit.

Davidson says he and Smith have now regrouped. They redesigned the brush — again — to avoid the patent problem.

"We ordered the 10,000 [brushes] this time, instead of the hundred thousand," says Davidson.

When I spoke with Davidson and Smith in 2014, I asked them whether they would take the money if a big toothbrush manufacturer offered to buy them out.

At the time, both said no. "It's not about money," said Davidson. "It's about winning. And it's about beating these guys at their own game and showing we can do something better."

That was three years ago. I asked whether they would take the money now.

"Yes," said Smith without hesitation. "If it was an eye-popping amount of money, then yes, most definitely." Davidson qualified that answer. "It would have to be a pretty substantial amount," he said.

Clearly he has still got some fight in him. The toothbrush wars aren't over.