Accessibility links
President Trump Will Be On A 'Working Vacation' At His Bedminster, N.J. Golf Club For 17 Days The president and all staff are leaving the West Wing for an extended period this month so that the heating and air conditioning systems can be upgraded, the White House says. 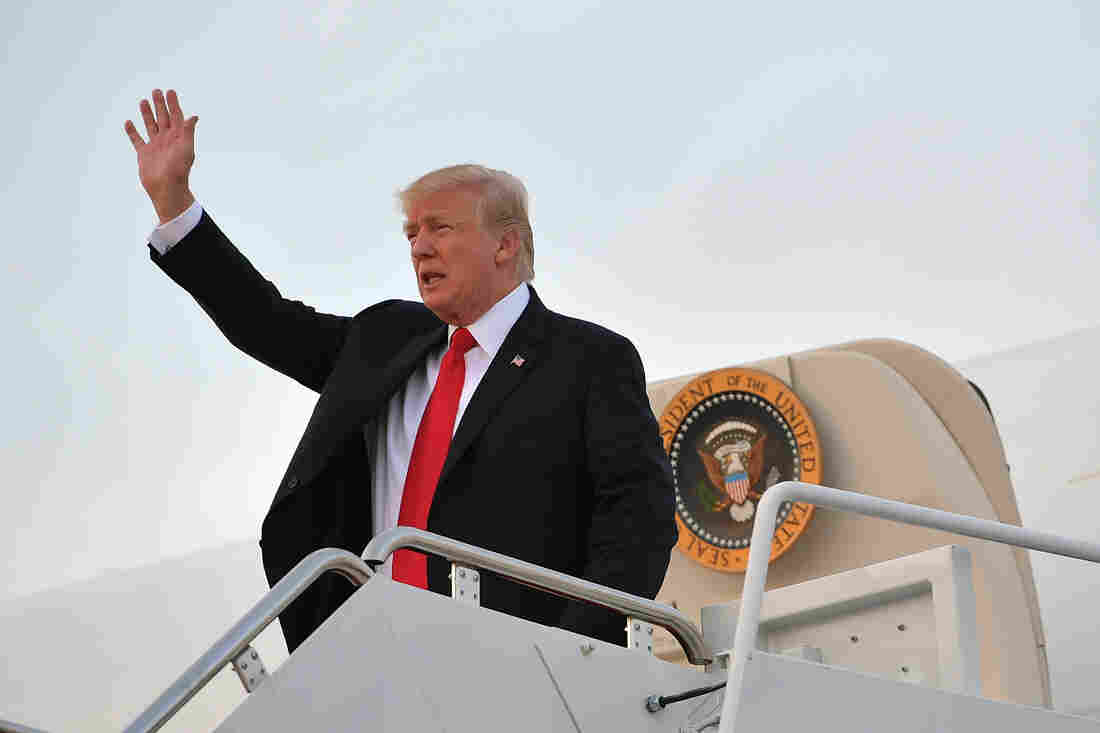 President Trump spent a weekend at his Bedminster, N.J., golf club at the beginning of July, and he is returning for 17 days this month while work is done on the West Wing. Mandel Ngan/AFP/Getty Images hide caption 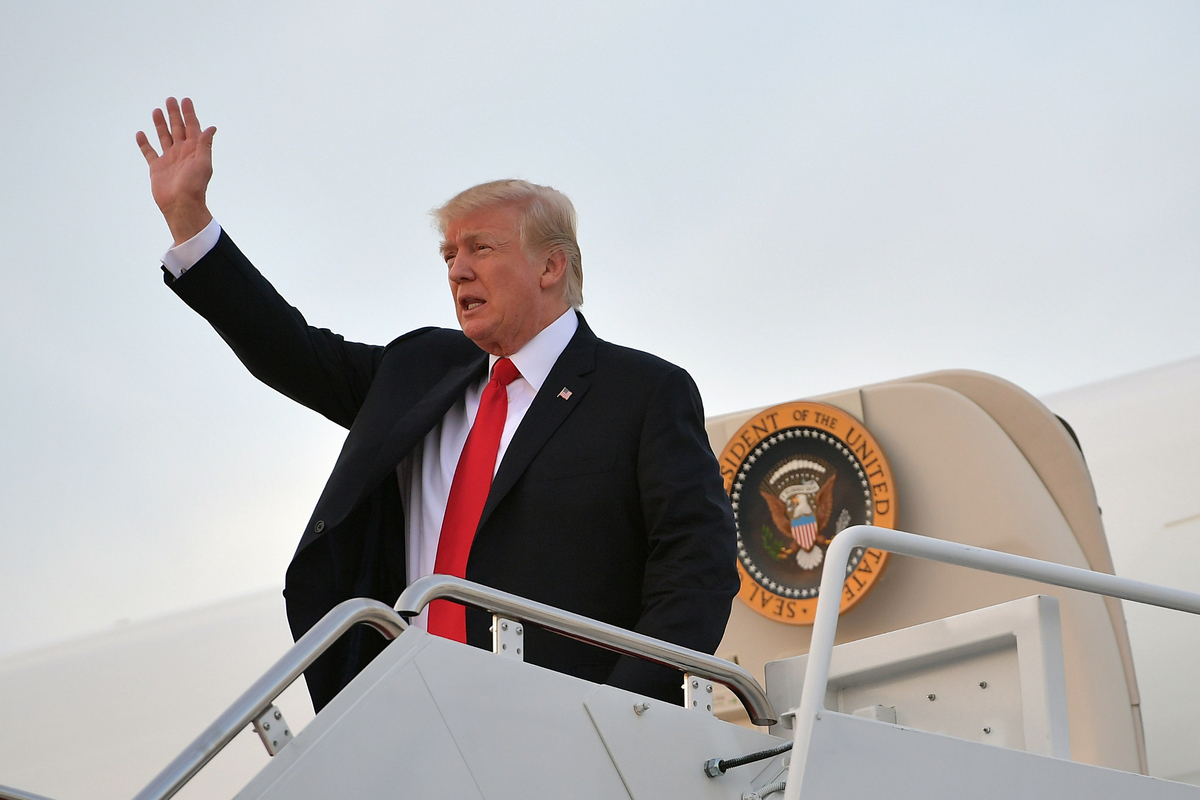 President Trump spent a weekend at his Bedminster, N.J., golf club at the beginning of July, and he is returning for 17 days this month while work is done on the West Wing.

In August, those who can flee D.C.'s swamplike heat and humidity in search of a cool breeze. This summer, that number includes President Trump. He's spending the next 17 days at his golf club in Bedminster, N.J. — not a wilderness, for sure, but likely a degree or two cooler and less humid than the capital city, even if it's not far from the Great Swamp National Wildlife Refuge.

The White House insists this will be a working vacation; the presidential getaway is necessitated, in fact, by plans to rehabilitate the West Wing's heating and air conditioning this month. "The president is going to continue to work," deputy press secretary Lindsay Walters told reporters aboard Air Force One on Thursday night. "The staff and the president are moving out, because I don't think any of you would like to be in the West Wing in an August D.C. summer day when it's over 100 degrees with no air conditioning," Walters said.

If that sounds a bit defensive, well, it was Trump who insisted that Congress put off taking its vacation until lawmakers passed a new health care measure, and it was Trump who frequently criticized President Barack Obama for taking time off, tweeting back in August 2011 "@BarackObama played golf yesterday. Now he heads to a 10 day vacation in Martha's Vineyard. Nice work ethic."

In fact, Trump has previously questioned the need for anyone to take a vacation, writing in his book Think Like A Billionaire, "What's the point? If you're not enjoying your work, you're in the wrong job." In 2012 Trump tweeted the same quote from his book — a tweet that came back to haunt him in many recent media reports about his August vacation.

"Don't take vacations. What's the point? If you're not enjoying your work, you're in the wrong job." -- Think Like A Billionaire

Trump has already spent quite a bit of time away from the White House in his first six months in office, compared to previous presidents. According to CBS White House correspondent Mark Knoller, who keeps track of such things, Trump has already spent the equivalent of two weeks at the New Jersey golf club and over three weeks at his Mar-a-Lago resort in Florida. At a similar point in his presidency, Obama had spent about three weeks away from the White House, much of that at Camp David.

In fact, presidential vacations are almost always working, in some sense. White House staffers are usually nearby, and military communications teams are at the ready should the chief executive need to reach out to military or foreign leaders.

Presidential vacation-taking has long been closely scrutinized, maybe because there's little else for political reporters in Washington, D.C., to write about in August.

Democrats have recently favored Martha's Vineyard as a summer getaway. Presidents Obama and Clinton each took several trips to the Massachusetts island. 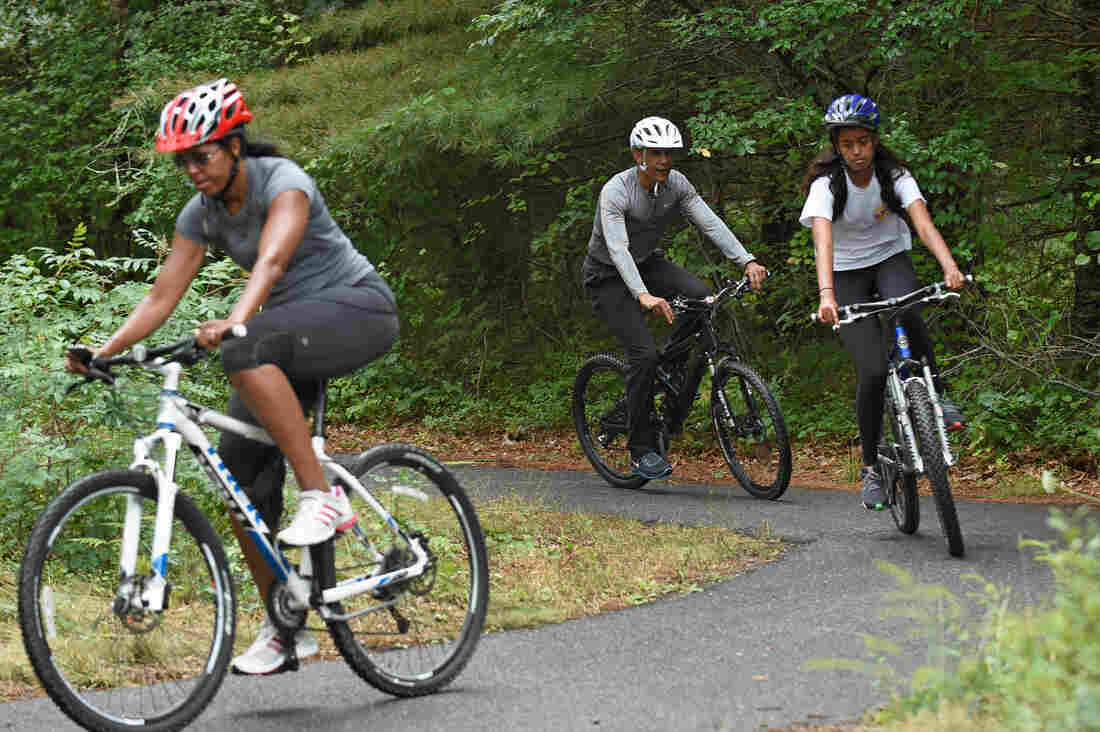 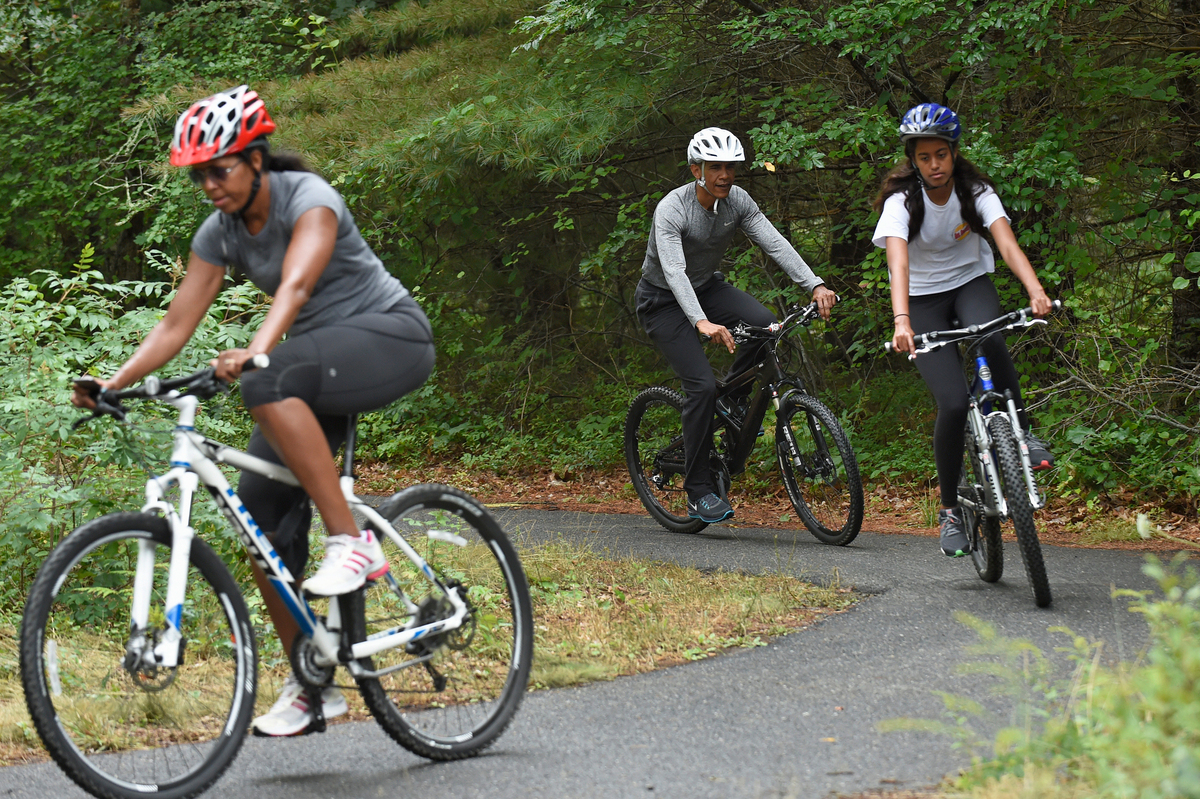 Judging from his past behavior, the fastest thing President Trump will drive this month is a golf cart, which means the putting greens are likely the only things at risk.