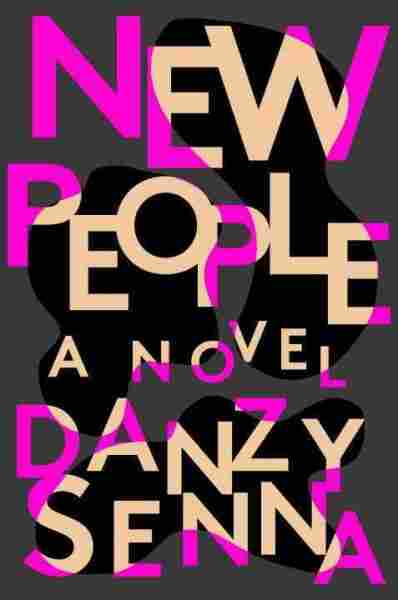 New People is a novel where infatuation gnaws at what looks like happiness.

Maria lives in Brooklyn with Khalil, her fiance. They met at Stanford — and they love each other, the light skin color they share, and the life they begin in the late 1990's, Khalil an up and coming dot-commer, Maria a grad student studying the Jonestown Massacre. They're called the "King and Queen of the Racially Nebulous Prom." But Maria's eye wanders to a poet who is vividly and distinctly different from her fiance.

We never see any of his poetry — and author Danzy Senna says she wanted it that way. "I liked keeping him somewhat mysterious, so that he could become more of the object of her projections ... he is unlike her fiance, not mixed-race. He's black, she's biracial. I think there's a quest for maybe authenticity, and for something 'real' that she's looking for and sort of not finding in her life."

On the cruel prank Maria played on Khalil

When they were at Stanford — and in some ways, the Stanford of the early '90s was similar to the atmosphere on campuses now and it's highly politicized, and the identity politics are at an all-time intensity, and Khalil has just kind of discovered his black identity, and is embracing his blackness. And Maria and a friend of hers smoke pot one night and decide to play a prank on him ... and they leave him a racist message on his answering machine, in the voice of what they think of frat guys. And the horror is, it then sets off this other chain of events where he thinks it actually is a racist incident, and he ends up mobilizing the campus around his newfound victim status.

I wasn't trying to write a female character who was necessarily the person I would want as my best friend. Maria's a very conflicted and problematic and sort of deceitful character. And as a novelist, we want the character that's going to kind of cause trouble, in their own life and those of others, and that's where the story is, and the pulse.

On Maria's work on the Jonestown Massacre

I was fascinated with the way that Jim Jones used all the rhetoric of racial liberation and progressive politics and kind of left-wing enlightenment to lead all of these people to their death, and the sort of paradox of the Jonestown Massacre — that it sounded really amazing, in terms of this utopia he was creating, and then it went so terribly wrong. And it reverberated in me as someone who was raised in the '70s in a sort of multiracial family, and a lot of the politics of my parents and their friends were reflected in those people in Jonestown.

On the end of the novel

I leave her in a very precarious position ... I know not everybody reponds to that but for me, I like a story that leaves the problem inside of me, still alive. For me that ending was very clear, and left her very much alive. And I didn't judge her at all as I was writing this. I felt I inhabited her without any judgment, and watched her, and led her down this path, and this sort of rabbit hole. But the characters we love as novelists are the ones that bring us into trouble and conflict.