Accessibility links
Take A Pilgrimage To America's Sport Sanctuaries In 'The Arena' Rafi Kohan traveled all over the country to research stadiums for his new book. He learned the secrets of ground crews and ticket scalpers and explored the economics of tax-funded stadiums. 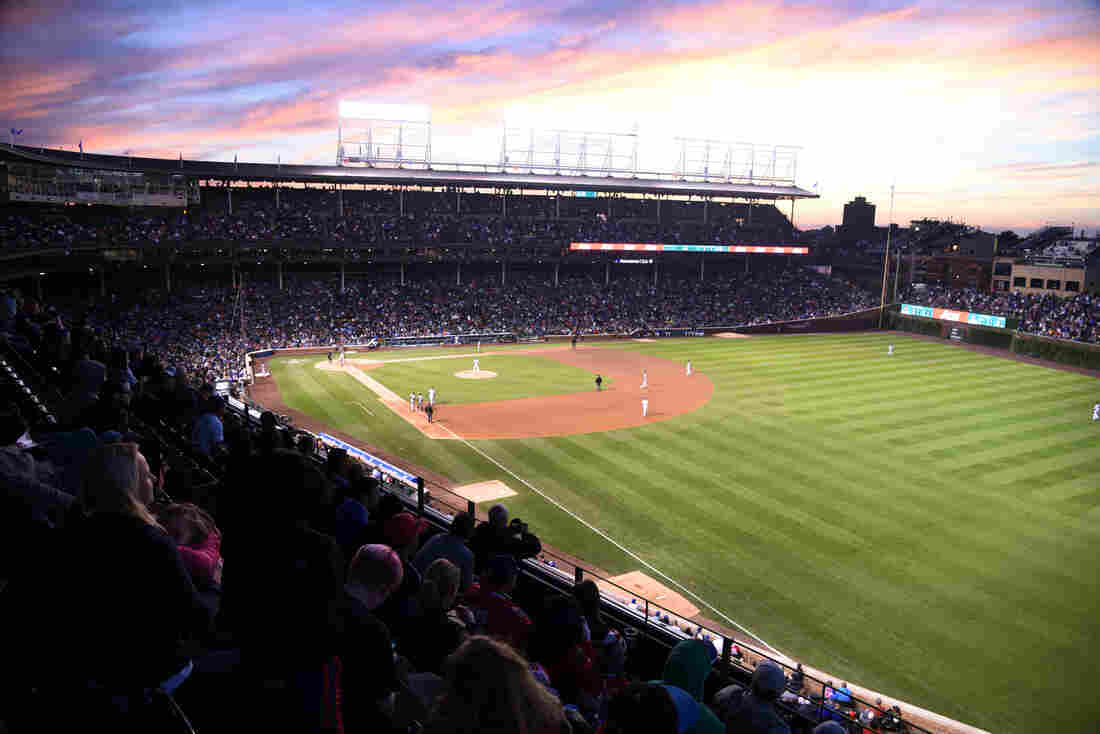 The Chicago Cubs and the Cleveland Indians play on June 16, 2015, at Wrigley Field in Chicago. David Banks/Getty Images hide caption 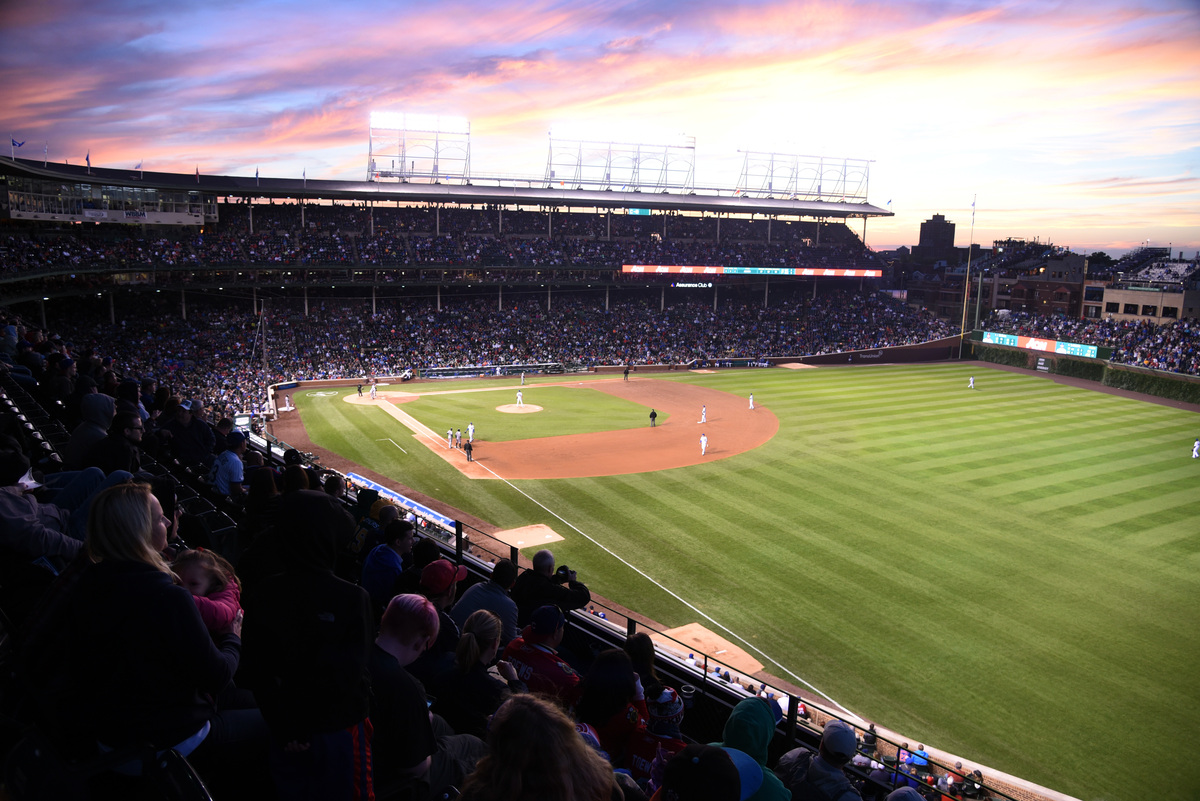 The Chicago Cubs and the Cleveland Indians play on June 16, 2015, at Wrigley Field in Chicago.

If he had to choose two teams to play in the World Series based only on their home stadiums, Rafi Kohan would like to see the Boston Red Sox versus the Pittsburgh Pirates. The Red Sox's Fenway Park "really is a magical place and they've done a tremendous job with their renovations" he says, and the Pirates' PNC Park is "just a beautiful little park."

A Century Of Joy And Heartbreak At Fenway Park

Kohan should know — he's traveled all over the country to research stadiums for his new book The Arena: Inside the Tailgating, Ticket-Scalping, Mascot-Racing, Dubiously Funded, and Possibly Haunted Monuments of American Sport.

He talks with us about those houses of hope, glory and hot dogs. 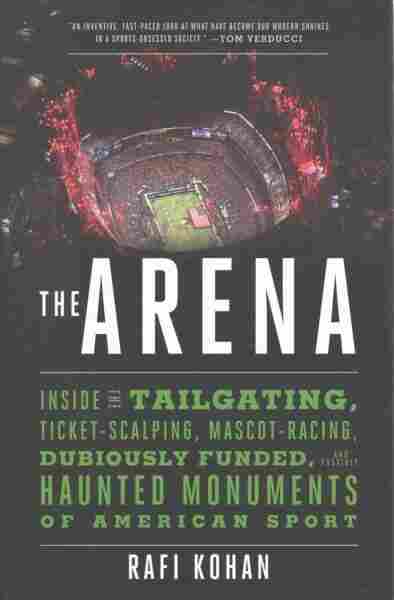 On whether the days of signature stadium names – Lambeau, Fenway, Wrigley – are over

I think they are, especially with naming rights deals being worth as much as they are these days. We have Yankee Stadium and we have Dodger Stadium, but I believe the Dodgers are in negotiation to sell the rights at least for their field. ... We should hold tight to Fenway and Wrigley and pray for the best from our corporate overlords.

On the fans at Wrigley Field

On whether tax-funded stadiums make sense

From an economic perspective they certainly don't seem to. All the evidence suggests that stadiums are not good economic drivers. But that being said, that doesn't mean that there's not value in a stadium. There are things like quality of life ... civic pride.

But ultimately, a lot of the economists I spoke to landed on the fact that what you need to do is have honest conversations among taxpayers and voters in terms of: What you want to spend and why? Don't tell taxpayers that the stadium is going to make them rich, because it's not going to. But it may enrich your life if you're a fan. So take that into account and think about it the same way you would a golf course or an arts district. Is this something that you want to pay for? It's not an investment, but it's consumption.

On being impressed by stadium grounds crews

A grounds crew can tailor the field in very small ways that might impact the outcome of the game. Gone are the days of legendary Kansas City groundskeeper George Toma and his ilk. ... They really would tailor the fields in unbelievable ways. They would tilt the foul lines in a certain way so that bunts wouldn't roll foul. They would harden the turf to make it more difficult for players to slide if they didn't want the opposing team to slide.

Nowadays, uniformity is really something that is mandated by Major League Baseball, but there's still small ways. I visited with Trevor Vance, who's the head groundskeeper for the Kansas City Royals — and this was during 2015, the year that they would ultimately win the World Series. And he talked about how he made the infield play very fast — shorter grass — because they had young, athletic infielders and they felt that that was an advantage for them ... they knew that their guys could get to the ball and the other team probably couldn't.

On the Superdome in New Orleans

I think there are bad memories, and there are ghosts. ... There are people who go back to that Superdome now, not because they want to, but because they have to to try and make a living. One guy I met, Raymond Smith, he has no choice but to strap a beer tray around his neck and go up and down the aisles shouting for beers during games. And he had to live through [Hurricane] Katrina inside the Superdome and it is not a happy memory for him in any way — it's something he suffers with. But for the rest of the community it is also a symbol of ... if not redemption, reclamation.

Stephan Bisaha and Cindy Johnston produced and edited the audio of this interview. Beth Novey adapted it for the Web.