Accessibility links
World Dog Surfing Championship: Abbie Girl Takes Top Pooch The dogs are scored by a group of three judges. "No. 1 is stay on the board and No. 2 is looking happy," one judge explained. 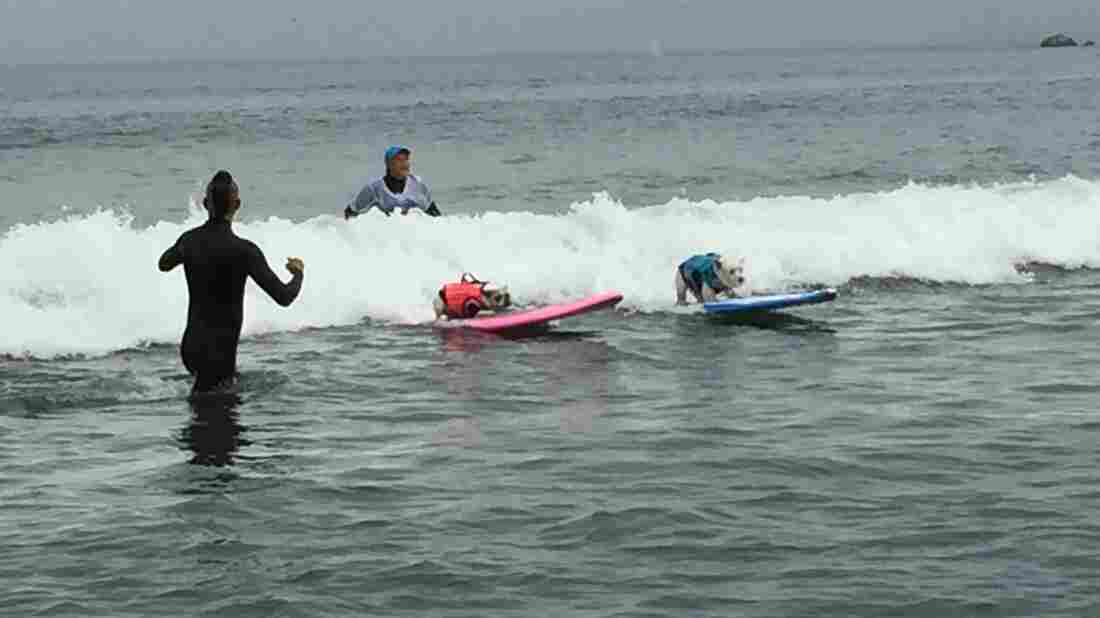 In the World Dog Surfing Championships, dogs can compete solo or in tandem with another dog or person. Laura Klivans/KQED hide caption 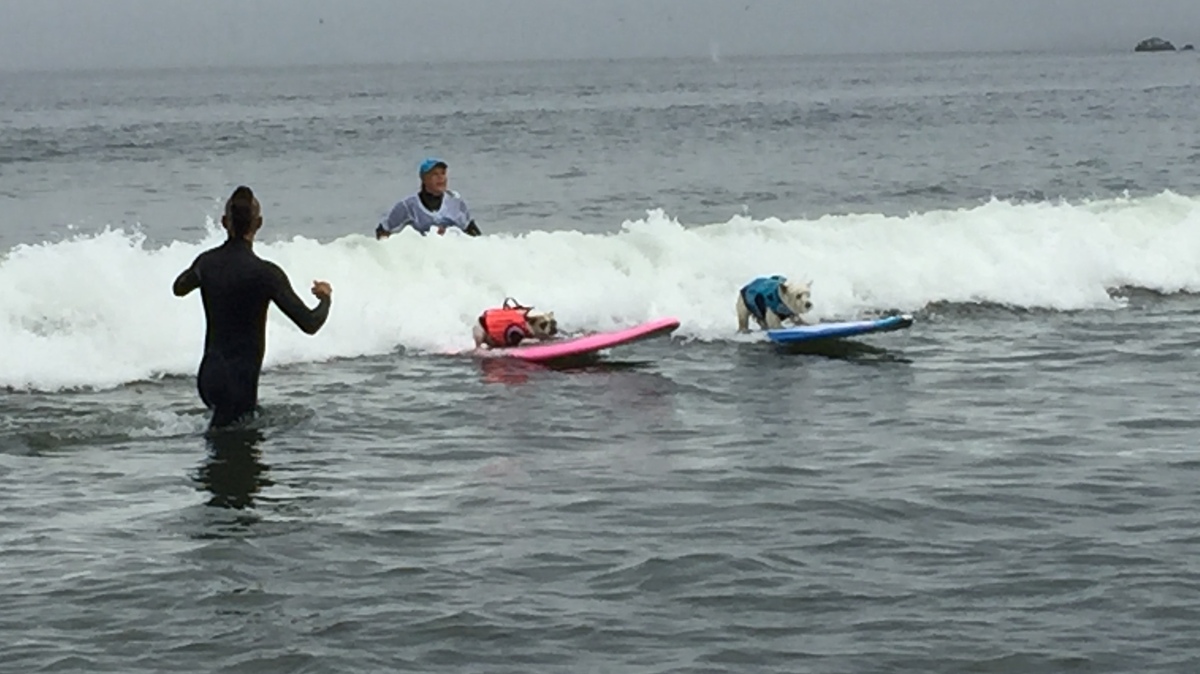 In the World Dog Surfing Championships, dogs can compete solo or in tandem with another dog or person.

Few things are more delightful than a dog running on the beach. Except, maybe, a dog surfing on a beach.

Dozens of dogs — and more than 1,000 people — showed up to the second annual World Dog Surfing Championships on Saturday in Pacifica, Calif.

Dog surfing is relatively new — the first competition was in San Diego 12 years ago.

And while the event may seem silly, competitive dog surfing is growing quickly, with contests in Hawaii, Florida, Texas and as far away as Australia.

Dogs compete solo, just dog and board, or tandem, with either a person or with another dog.

The dogs are scored by a group of three judges.

"No. 1 is stay on the board and No. 2 is looking happy," Sam Stahl, one of the judges, explained. "No one wants to see a dog terrified at the end of a surfboard."

At the event, an Australian kelpie named Abbie Girl not only stayed on her board, but maneuvered it, too.

Her board is custom built for a dog — it's short and has a bright orange blaze down the bottom with her name on it.

Michael Uy is her owner. He started surfing with her after he adopted her from a rescue organization. He'd take her to the beach to mellow her out and socialize her.

"One time we put her on a surfboard to rest. And she stood up on the board and we thought, well, why don't we put her on a wave and see what happens, and she just rode it all the way into shore," Uy said.

Abbie Girl took home the prize for top dog — she's now the two-time reigning champion of the event. After a push from her owner, she surfed maybe 20 feet, lifting a front leg to balance and then land on the beach. The judges noticed her footwork.

Top prize — a trophy for Abbie and a bottle of wine for her human.

Stahl, one of the judges, has a theory on why so many people get into the competition.

"There's a lot going on in the world and a lot of things that have people kind of riled up and I think it's important for some people to have something like this to look at and smile at," he said. "And nothing's more fun than watching dogs surf, honestly."