Accessibility links
Drive-By Truckers, Live In Concert: Newport Folk 2017 The band kept up a keen-edged commentary on xenophobia, censorship and racism throughout its set of gritty Southern rock. Hear its set now. 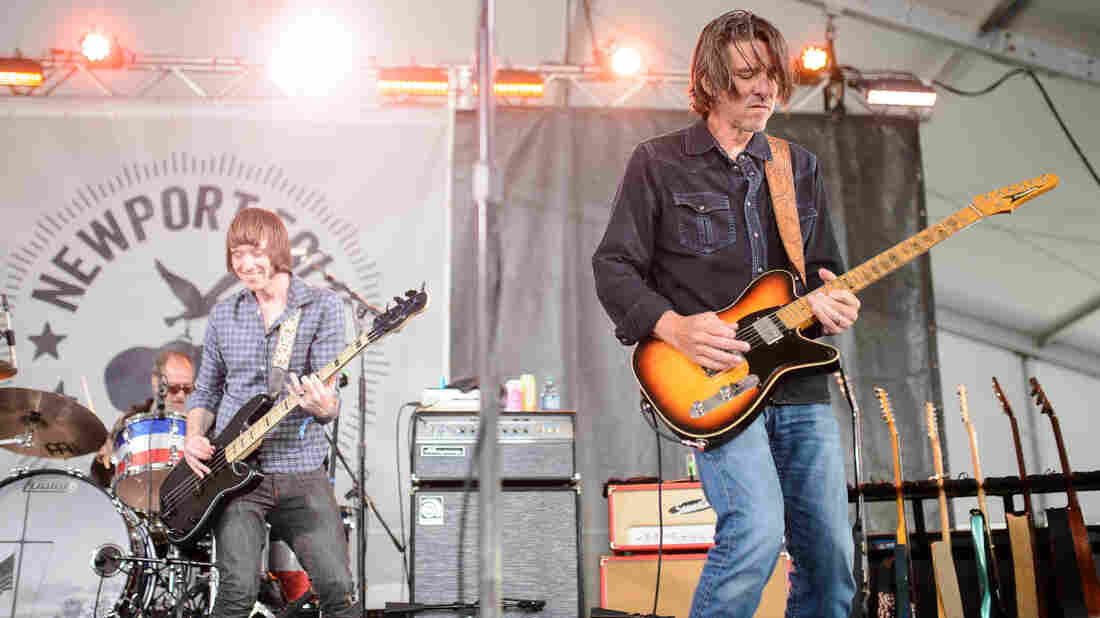 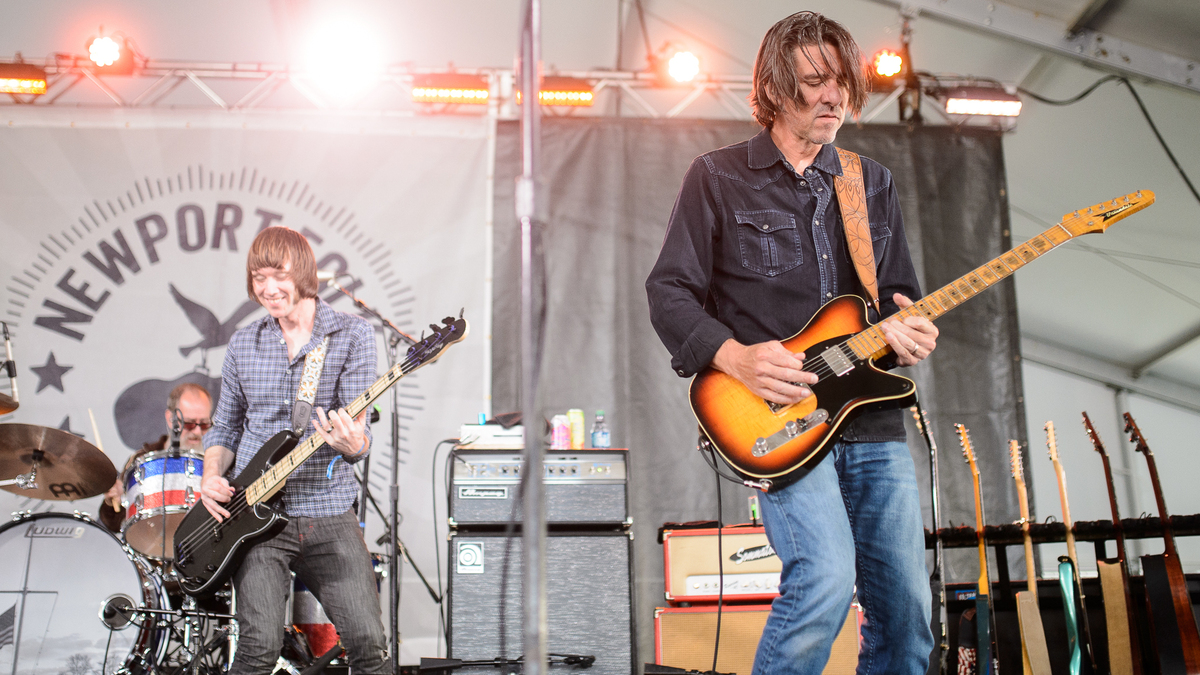 Folk music is a genre commonly associated with protest, and the performers at Newport this year lived up to that expectation. Hurray For The Riff Raff spoke of society moving forward as one, Shovels & Rope explained its goal was to bear light during dark times and an all-star showcase entitled "Speak Out" featured protest songs from David Bowie's "Heroes" to John Lennon's "Working-Class Hero." Still, none of these was as pointed or scathing in its message than Drive-By Truckers, who took to the Quad Stage with a Black Lives Matter sign affixed to a keyboard and kept up a keen-edged commentary on xenophobia, censorship and racism throughout its set of gritty Southern rock.

Guitarist and songwriter Patterson Hood told the audience that he hadn't set out to write an especially political record, which has been the label affixed to the band's latest album, American Band, from the start. For him, he explained, the issues were personal. "What It Means," named one of NPR Music's top 10 songs of last year, rages against the killings of young black men like Michael Brown and Trayvon Martin, as well as American society's general attitude of indifference toward that violence. In activist circles, white allies are reminded to show up for racial justice by engaging other white folks in dialogue — so at Newport, where the vast majority of the audience is white, Drive-By Truckers was doing important, necessary work with its performance. Simply put, per Hood, "There need to be more middle-aged Southern dudes saying that black lives matter."