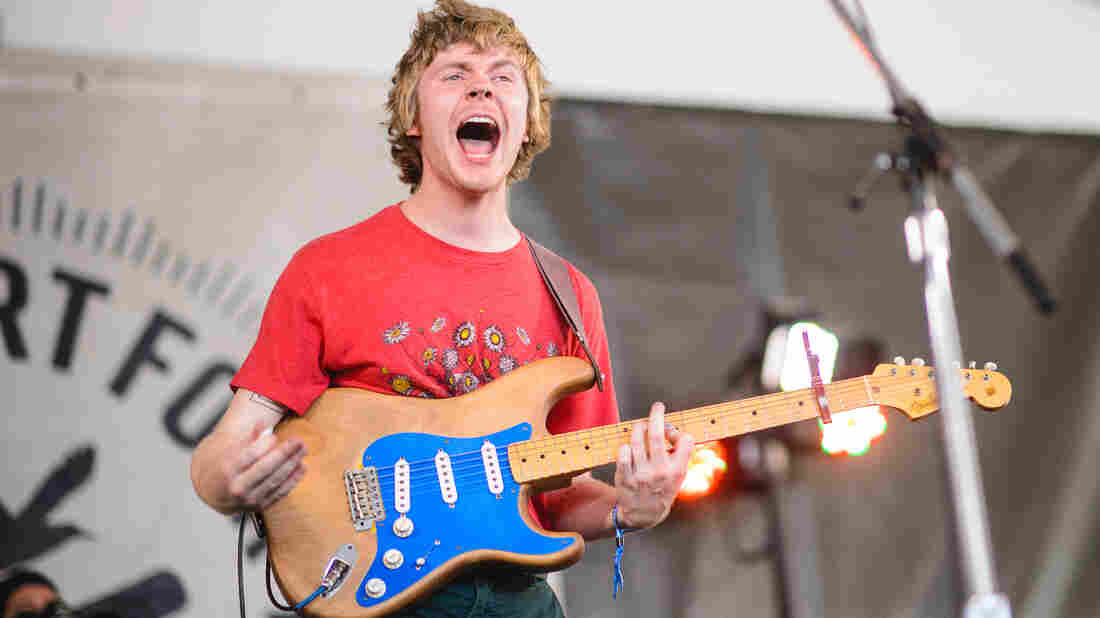 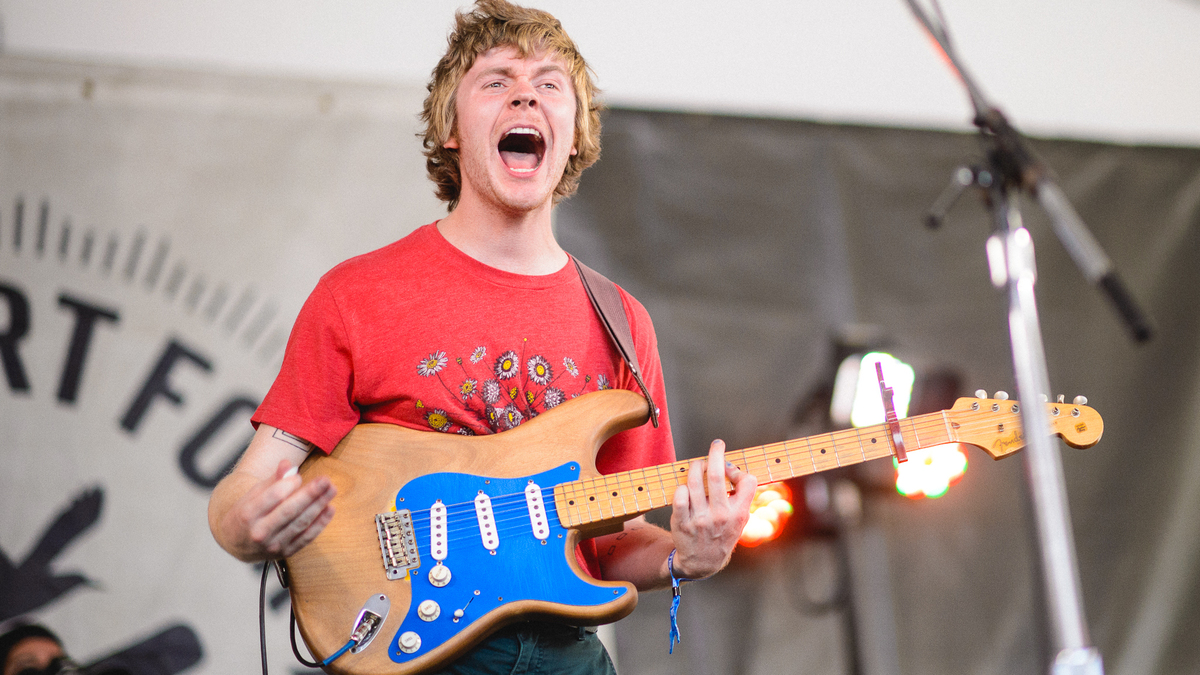 I heard more than one person at Newport marvel at the fact that Pinegrove had been booked for the smallest of the festival's three main stages. The day before its Newport set, the Montclair, N.J., band had played the main stage at the Panorama Music Festival, where headliner Frank Ocean would perform later that day. For a band that still practices in one member's parents' basement, Pinegrove has accumulated a huge, enthusiastic fan base over the year since it released its latest studio album, Cardinal.

Those fans spilled out from the tent over Newport's Harbor stage on Sunday afternoon and sang along as Evan Stephens Hall and his bandmates (accompanied by their trusty stuffed sloth, Lincoln) played tender songs about home, friendship and growing up. Pinegrove's been called indie-rock, alt-country and even emo, but the band's pure melodies and Hall's erudite lyrics transcend those descriptors. As wild percussion breaks and seamless rhythmic switch-ups gave way to subtle banjo picking, a crowd of 20-something festivalgoers — for whom this set was the one that mattered most that weekend — hung on every word.