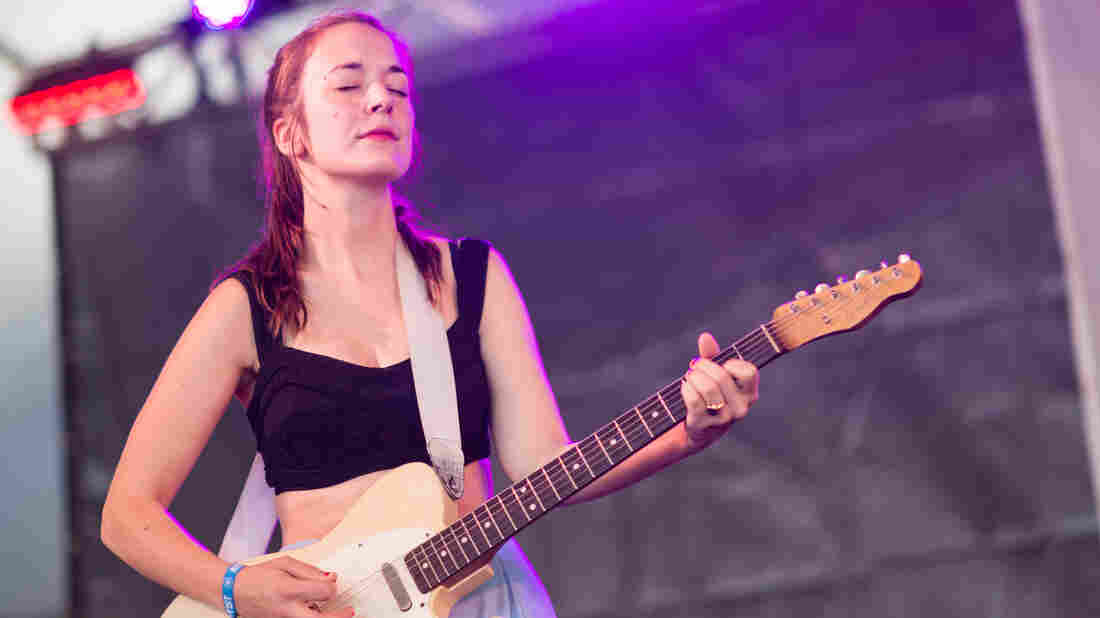 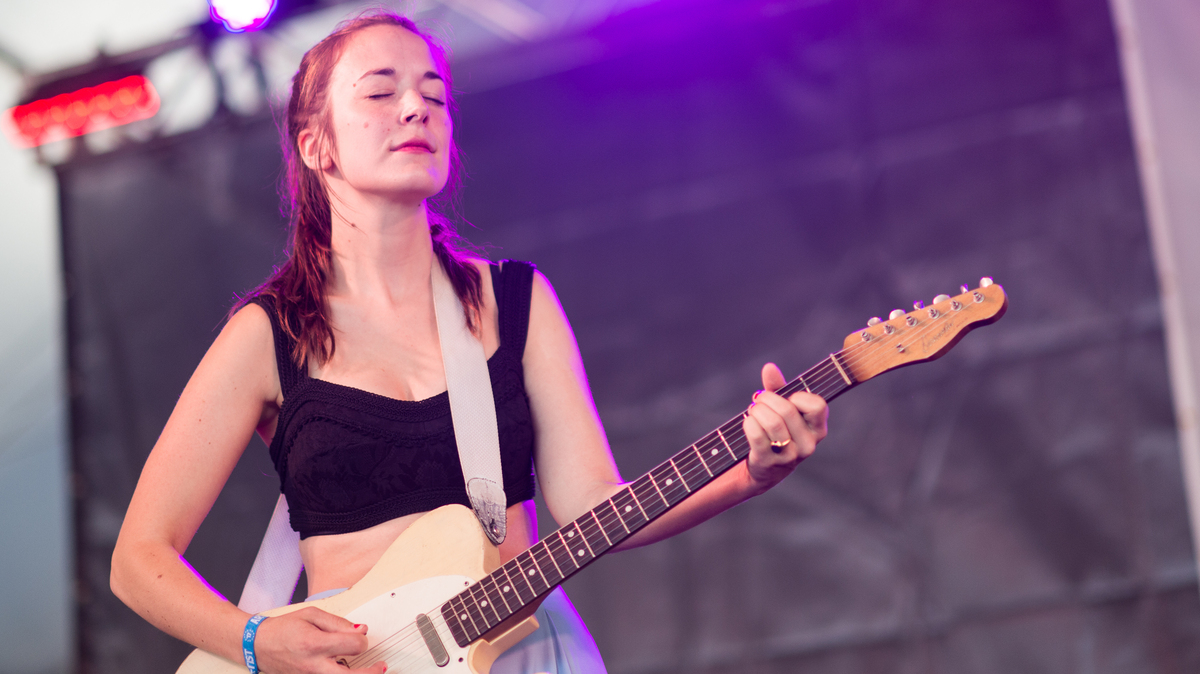 "Folk festival" is a bit of a misnomer for the current form of the event where Bob Dylan shocked crowds by plugging in five decades ago; the Newport Folk Festival now warmly embraces talent that leans toward the louder, more electrified end of the folk-rock spectrum. Still, Margaret Glaspy and her biting, guitar-driven rock might have seemed a little out of place at Newport — until you realized that Glaspy once played old-time fiddle competitively and has toured with artists like Ricky Skaggs, Aoife O'Donovan and Del McCoury. And her straightforward songwriting sensibility, defined by an ability to tell full stories in few words ("My shoes are untied / And I'm an adult / There's a baby crying / And it's my fault," from "Black Is Blue"), is pure folk.

For her first Newport performance, Glaspy played songs from her debut, last year's critically beloved Emotions And Math. She also threw in a tantalizing couple of new tunes, including a slow-burner called "Mother/Father" and another that doesn't yet have a title. A late-set highlight was "Memory Street," which boiled over into a seething solo before a final verse that had Glaspy repeating a disjointed phrase over and over, to the point of uneasiness — a compelling imitation of the skipping record her lyrics invoked.