What's more all-American than crossing state lines? From the immigrants who built its cities and railroads to the early rock 'n' rollers who hit every dance hall on the roads connecting New Orleans to Chicago to L.A., this nation has long dream-chased its speed limit breakers. With his third album, Undivided Heart & Soul, supreme rock reinventor JD McPherson takes up that mantle of perpetual motion. Following up on the subtle perfection of 2015's Let the Good Times Roll, his new release benefits from this restlessness. 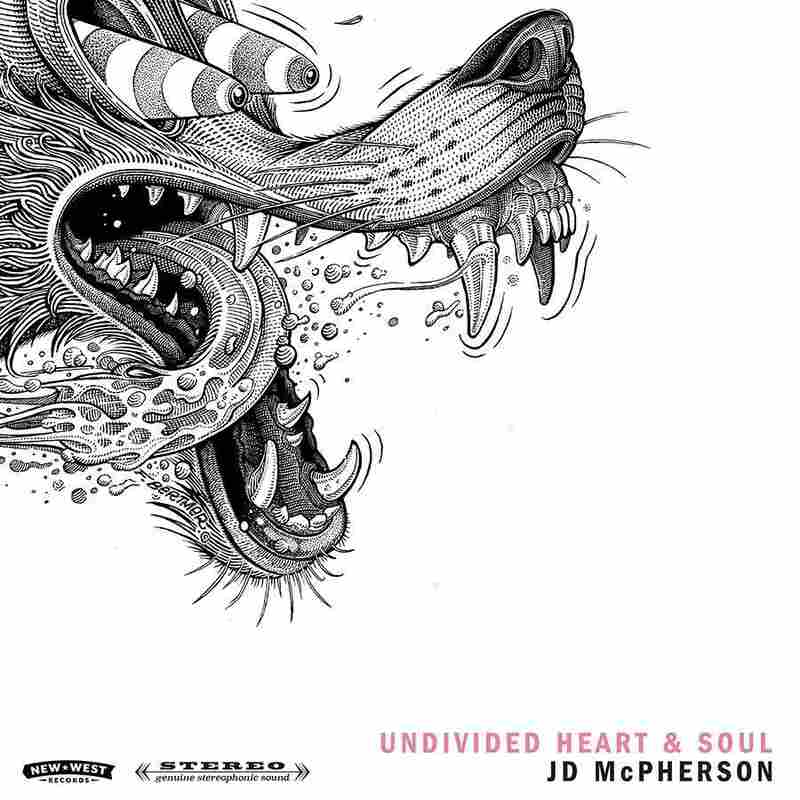 McPherson is an Oklahoma guy who recently moved his family to Nashville, the mid-South's neon capitol, where he's made some great new work buddies, from Dan Auerbach to Eric Church to Aaron Lee Tasjan. But it was in the California desert that he relocated his rock 'n' roll bliss, jamming with Josh Homme of the Queens Of The Stone Age – a definite influence on "Lucky Penny," the first track released from Undivided Heart & Soul. The interval-jumping guitar part that frames this story of hopped-up hard luck relies on the sagebrush metal feel which makes QOTSA's music so distinctive — but instead of going psychedelic, McPherson and his band pull in tight on the riff, letting it echo through the bass and drums and vibes, building a tense mood reflective of McPherson's words about not being able to stop gambling even when you know you've lost the house. "I keep rolling where the bad wind blows," McPherson moans, his voice skidding like a tire on gravel. "I keep running, but the trouble follows." The words come from the blues, the sound from Link Wray and 1950s motorcycle movie soundtracks; yet the song's spirit is deeply evocative of today's uncertainties.

McPherson returned from his California sojourn revitalized. In Nashville, he and his band reconnected in a space that couldn't be more different than the one he'd found in Joshua Tree. Undivided Heart & Soul was recorded in Nashville's RCA Studio B, the historic home of Chet Atkins, the Everly Brothers and the Nashville Sound. McPherson and his band recorded there at night – the studio hosts museum tours during the day – and had to clear out by 4 a.m.

There's a certain fugitive feel to the sound Undivided Heart & Soul – McPherson's mastery of rock and soul fundamentals is beyond question, but his voice moves in wild ways on these songs, and the band exudes a new kind of risky energy. JD McPherson has said the process of making this album pushed him hard. That's a good thing; he's crossing some new lines on the highway.