Accessibility links
Cover Lifted, A CIA Spy Offers His Take On Trump And Russia Former CIA operative Daniel Hoffman spent five years in Moscow. He's certain the Russians meddled in last year's presidential election and intended that some of their activities be exposed. 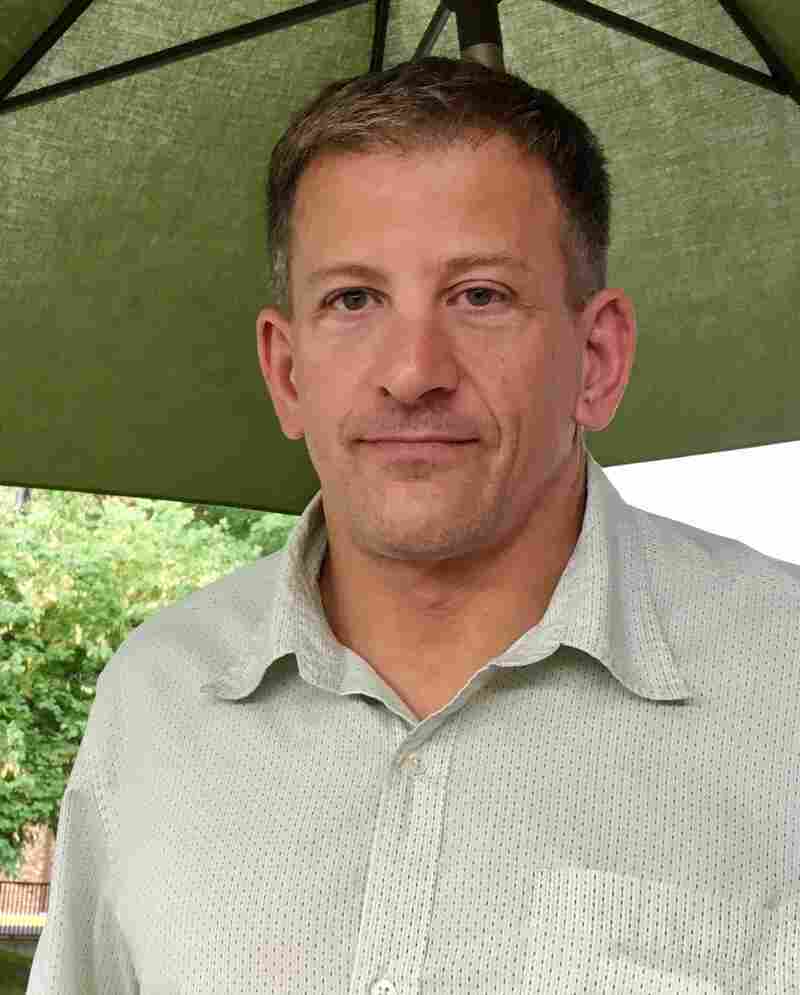 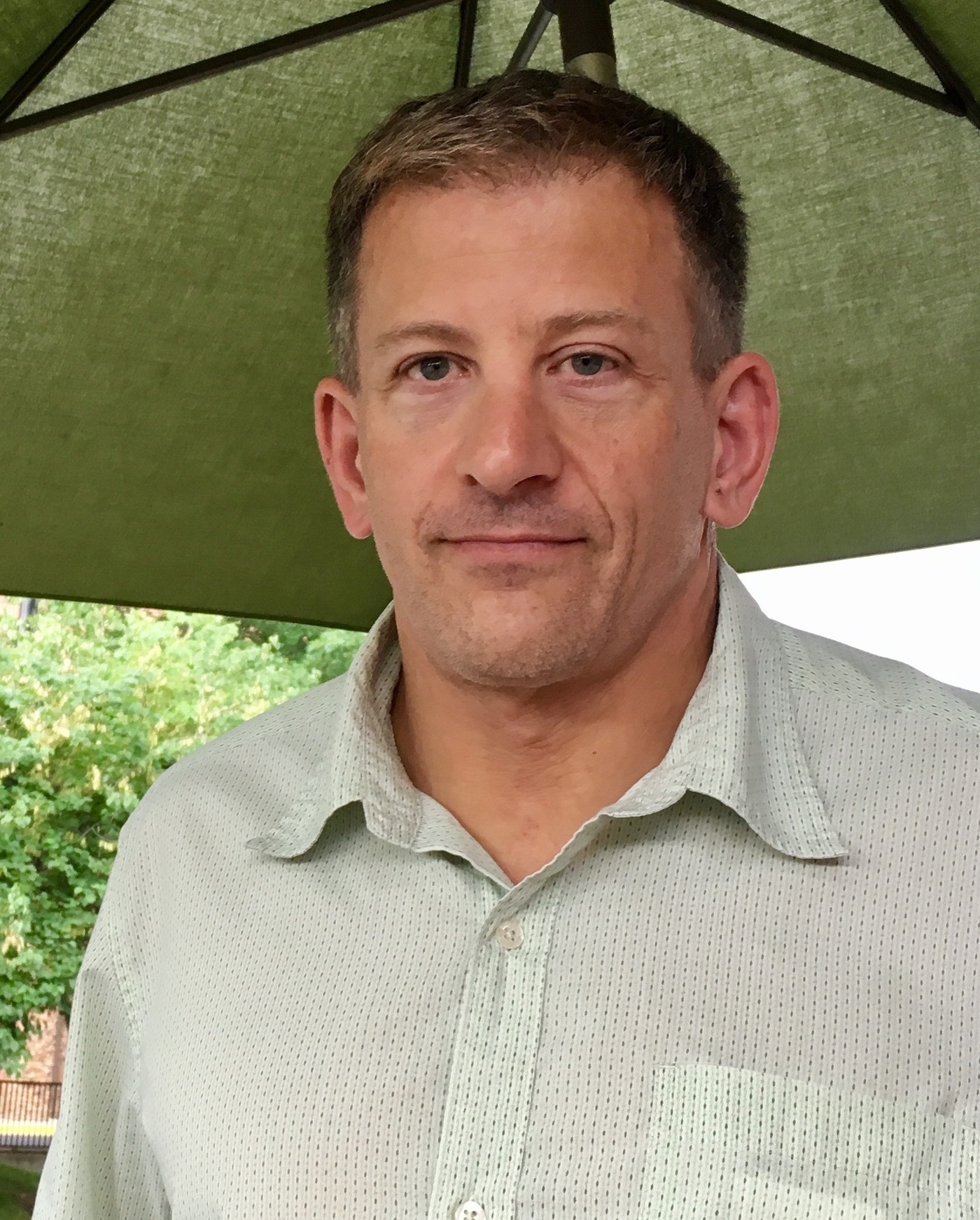 On a steamy August afternoon in McLean, Va., not far from CIA headquarters, Daniel Hoffman sits on a coffee shop terrace and reminisces about summer afternoons spent in a different place.

"There's a tennis court, and a little dacha with a sauna," says Hoffman. "And then a big dacha where families could go and get out of the city in the summer and relax."

"The city" is Moscow, and Hoffman is talking about a U.S. diplomatic compound in its suburbs. One of two facilities that Russia just announced it's seizing. This, as President Vladimir Putin demands the U.S. cut 755 staff from its embassy and consulates.

Hoffman is a three-time CIA station chief who spent a total of five years in Moscow. Recently retired, his cover is now lifted. As he sips a cup of green tea, Hoffman shares some thoughts about the ongoing Russia drama.

He says the upcoming expulsions won't have much impact on U.S. spy efforts — because the U.S. gets to decide who leaves.

The greater impact, says Hoffman, may be on Russia's spies, including the FSB, the successor agency to the KGB. Because it'll mostly be local, Russian staff that gets cut.

"My estimation," Hoffman says, "was always that no Russian would ever get a job at an American official installation if they were not reporting to the FSB [Federal Security Service]. So they're the FSB's eyes and ears."

But Hoffman says Putin had no choice, given the U.S. sanctions imposed on Russia for its alleged meddling in the 2016 presidential campaign. "He needed to respond to impose some level of reciprocity on the action that we took."

"He will generate a lot of discussion," Hoffman says, "among different agencies at the embassy and probably some angst among those who are on the losing end of having their people remain in Moscow, whether Americans or Russians.

"And of course Russian intelligence services are very good at collecting on that sort of information."

Russia and the campaign

Hoffman's long experience observing Russian spies at work leads to a surprising conclusion about one of the most sensational revelations from last year's election: that Trump Tower meeting in June 2016. The one attended by Donald Trump Jr., Trump son-in-law Jared Kushner, campaign manager Paul Manafort — and Kremlin-connected Russians.

"To me," Hoffman says, "it pointed to a discoverable influence operation rather than some effort to establish a clandestine channel for collusion."

Both in NPR's interview and in an op-ed for The New York Times, Hoffman argues the meeting was meant to be discovered, that Putin deliberately left a trail of breadcrumbs from Trump Tower to the Kremlin.

And that the objective was simple: to soil the U.S. political process and undermine the credibility of the 2016 election.

Some other intelligence veterans disagree. But that is what former CIA station chief Daniel Hoffman sees.

Here's what he doesn't see: "Overall I haven't seen any evidence of anyone actually colluding with the Russians," Hoffman says, "of Russian intelligence colluding with a campaign to cause harm to another."

Instead, Hoffman believes the Trump Tower meeting is significant mostly for what it reveals about Russia's motives and tactics.

And what of the unverified set of allegations about Trump-Russia contacts, compiled by former British intelligence officer Christopher Steele? Hoffman suggests the intelligence apparatus may have been at work there, too.

"One possible explanation for the content was that Russian intelligence was aware that the dossier was being written," says Hoffman. "And that they fed not only true information — but untrue information as well. Which is their regular modus operandi for covert influence operations."

In other words, Hoffman believes Russia may have seeded the Steele dossier.

But when asked the bottom-line question — Does he believe Russia has dirt on President Trump? — Hoffman pauses before answering. An uncharacteristically lengthy pause.

"The way I would answer that question is that Russian intelligence collects information on their own people," he says. "They focus to a great extent on us at the American Embassy, to collect information on us. They seek to understand [as they say in Russian] what makes us breathe.

"That's really what they want to know."

So would Russian spies seek to understand what makes Trump breathe, what makes him tick?

Sure, says Hoffman. Though he insists he doesn't know whether Russia has compromising material on Trump. The president himself has dismissed the dossier as "fake news."

Meanwhile Hoffman, who left the CIA in February, sees no sign Russian spy efforts are slowing. Every American official is a target, he says.