Accessibility links
Nashville Mayor, Mourning Son's Overdose Death, Aims To Save Other Children's Lives "Max is not going to text me back. I'm not going to hear his voice again," Mayor Megan Barry said of her only child. The 22-year-old died last month of an apparent overdose near Denver. 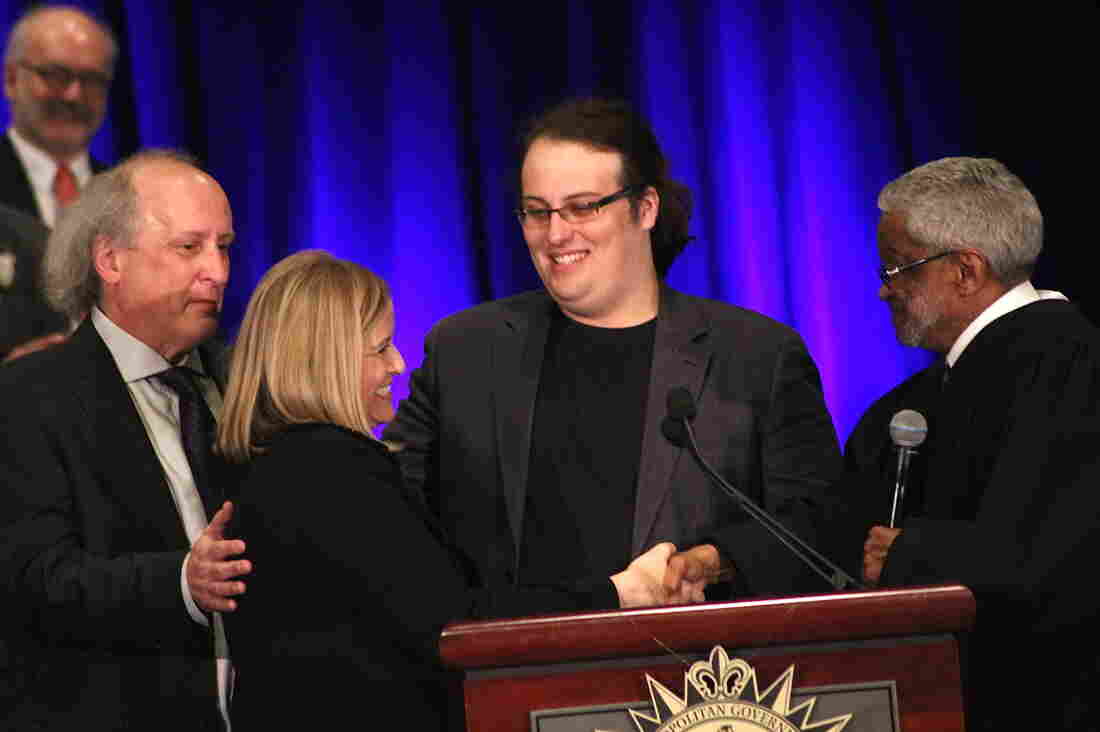 Mayor Megan Barry shakes hands with Judge Richard Dinkins at her inauguration in 2015. Her son, Max Barry (center), died last month of a drug overdose, his parents said. Mayor Barry intends to use her platform to "inspire and encourage other parents out there." Tony Gonzalez/Nashville Public Radio hide caption 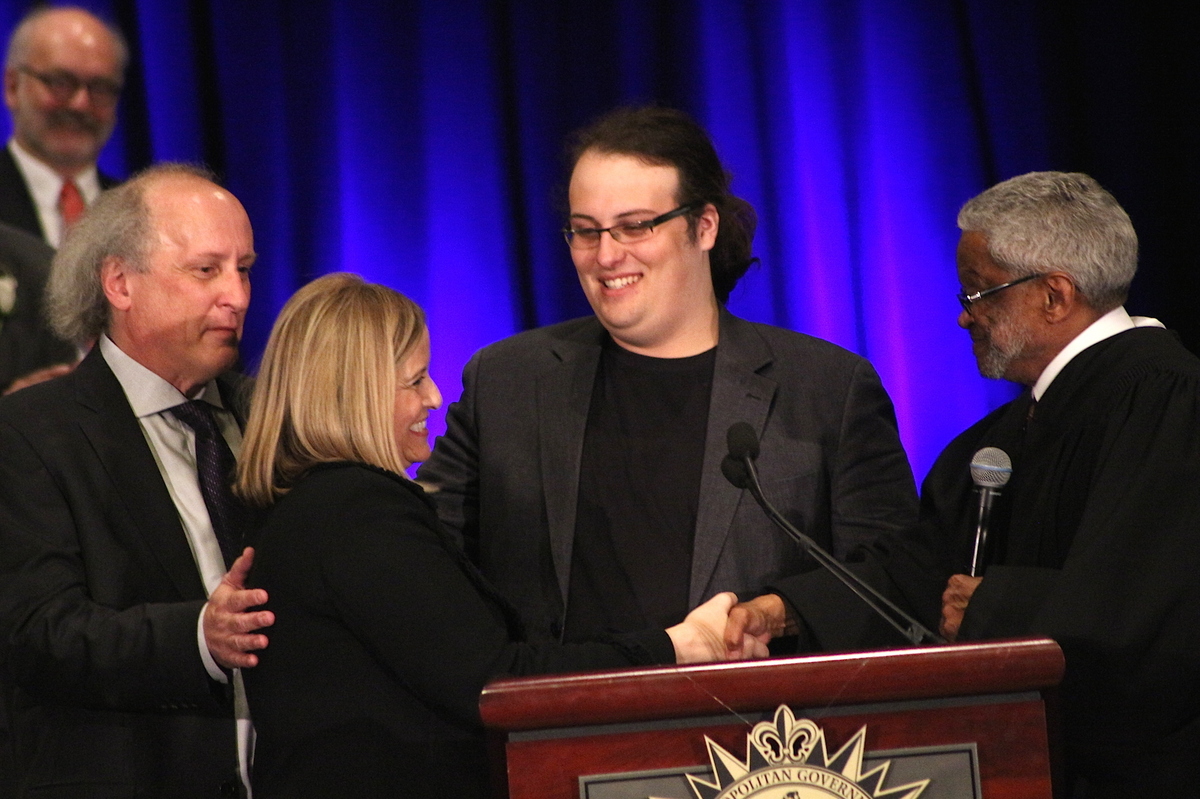 Mayor Megan Barry shakes hands with Judge Richard Dinkins at her inauguration in 2015. Her son, Max Barry (center), died last month of a drug overdose, his parents said. Mayor Barry intends to use her platform to "inspire and encourage other parents out there."

The epidemic of drug overdose deaths has hit home for the mayor of Nashville, Tenn. Her 22-year-old son, Max Barry, died last month of an overdose near Denver.

And for the first time since tragedy struck her family, Mayor Megan Barry spoke publicly Monday to call on families to have frank and difficult conversations about addiction.

"I don't want his death to define his life, but we have to have a frank conversation about how he died. The reality is that Max overdosed on drugs," Barry said. "My hope is that it may inspire and encourage other parents out there ... and that if that saves one life, what a blessing."

The mayor, who resumed her work duties after nine days away, described a "new normal."

"I get to get up every day now and I don't ever get to talk to my son again," she said. "Max is not going to text me back. I'm not going to hear his voice again."

The mayor's mourning has been as public as can be. Civic leaders and hundreds of everyday citizens turned out to two open memorials, where Barry received hugs for hours.

While she didn't speak at the funeral, her husband, Bruce Barry, a Vanderbilt University business professor, did.

Friends and relatives paint Max Barry's life as one of humor and a love of the outdoors, which led him to the University of Puget Sound. He graduated in May.

Yet from the moment that his death became public, there was no hiding from the fact that an overdose claimed his life. The mayor said paramedics administered Narcan to her son — the anti-overdose medicine — but it didn't save his life.

Jefferson County, Colo., where the Barrys' son died, saw a 100 percent increase in overdose deaths from 2002 to 2014, according to the Colorado Health Institute. In Nashville, first responders have been carrying the antidote as overdose deaths rise. There were 261 overdoses in the city last year, prompting the mayor to budget for a new opioid specialist earlier this year. And Mayor Barry said she'll find ways to do even more, including using her platform.

"If you see another child who is struggling, don't ever hesitate to pick up the phone and call that parent," she said, "because parents, you know, sometimes we don't see everything that's in front of us."

She said her son — her only child — can never be replaced.

"But I know that with my faith and with my family and with my friends, we will get through this," she said. "The reality is that I'm back to work. And we have a lot of work to do in Nashville."