Accessibility links
Hill Democrats Launch Investigation Of Federal Spending At Trump Businesses Democrats on the House Oversight and Government Reform Committee want to know if the spending is "in the public interest" or for the financial gain of the president and his family. 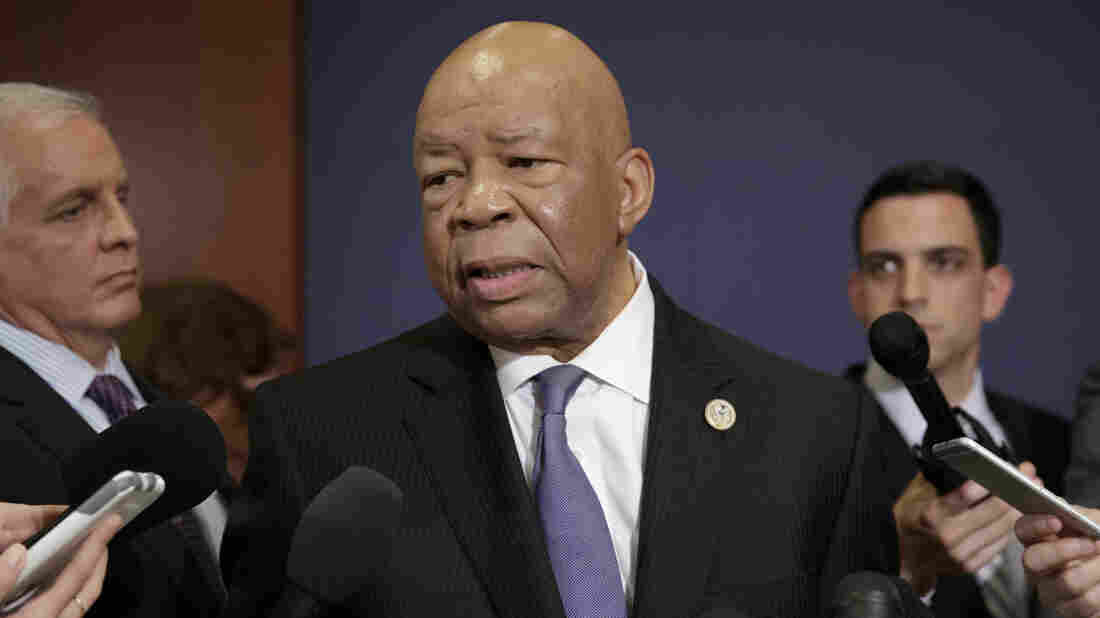 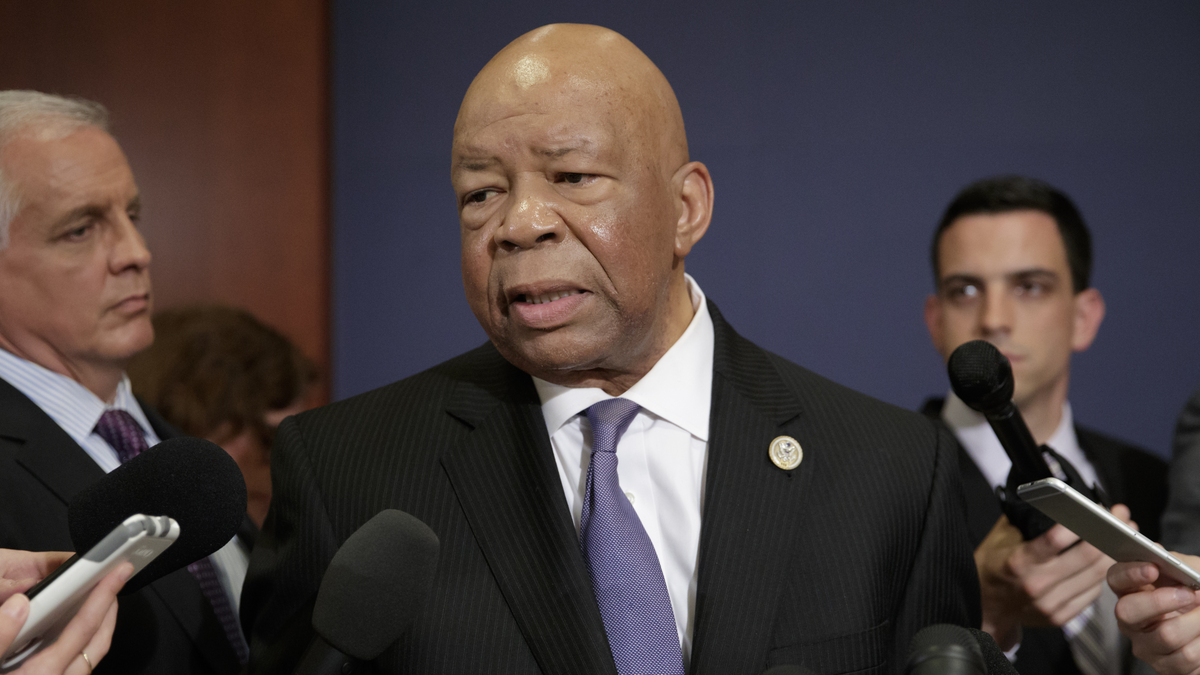 Rep. Elijah Cummings, D-Md., ranking member of the House Oversight Committee, speaks to reporters on Capitol Hill in May.

How is Washington spending tax dollars that might benefit President Trump? Democrats on the House Oversight and Government Reform Committee want to count the ways.

The committee's 18 minority members sent letters on Tuesday to the 15 cabinet departments and nine independent executive branch agencies, requesting documents on their spending at "businesses owned by or affiliated with the Trump Organization."

They said the letters are the first step in an investigation of federal spending involving Trump companies.

The letter said Trump's "financial entanglements make it impossible to know whether he is making his decisions in the public interest" or to benefit the president and his family.

Before Trump took office, he turned over management of the Trump Organization to his eldest son, Donald Jr., and a long-time Trump deputy. But he didn't give up ownership. Subsequently, Democrats have been hammering on the conflicts-of-interest questions that remain.

"It looks like he's making money off being president," said committee member Rep. Robin Kelly, D-Ill. "This is not, you know, for him to make money for his business, or his family to make money. But it seems like that's what happening."

The letter cites several instances uncovered by the press, including the State Department's booking of 19 rooms at a Trump hotel in Vancouver, British Columbia; costs for Secret Service protection for his son Eric's business travel for the Trump Organization; outlays at several agencies to support President Trump's trips to his Mar-a-Lago resort in Florida and golf club in New Jersey; and Housing and Urban Development subsidy payments to the Starrett City complex in Brooklyn, in which Trump has an ownership stake.

Democrats gave the departments and agencies an August 25 deadline to deliver the documents, and asked that copies go to the committee's Republican staff as well. As the minority party in Congress, the Democrats cannot hold committee hearings. But they expressed optimism that the new GOP committee chair, Trey Gowdy of South Carolina, will join them for a bipartisan investigation.

The committee's majority staff didn't respond to NPR's request for comment Tuesday afternoon, nor did the White House.