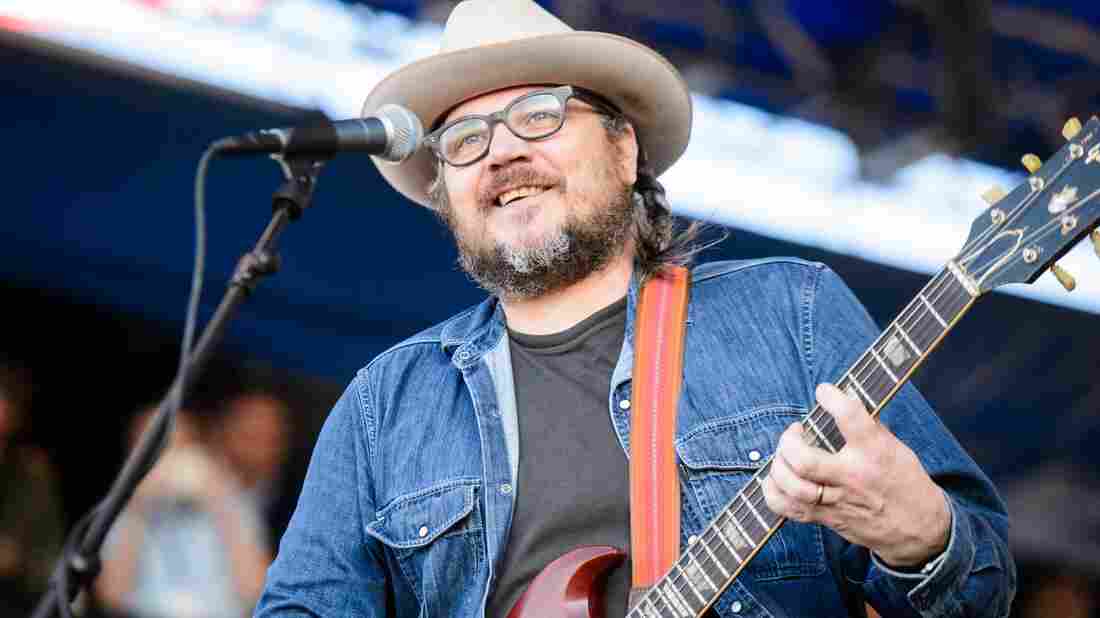 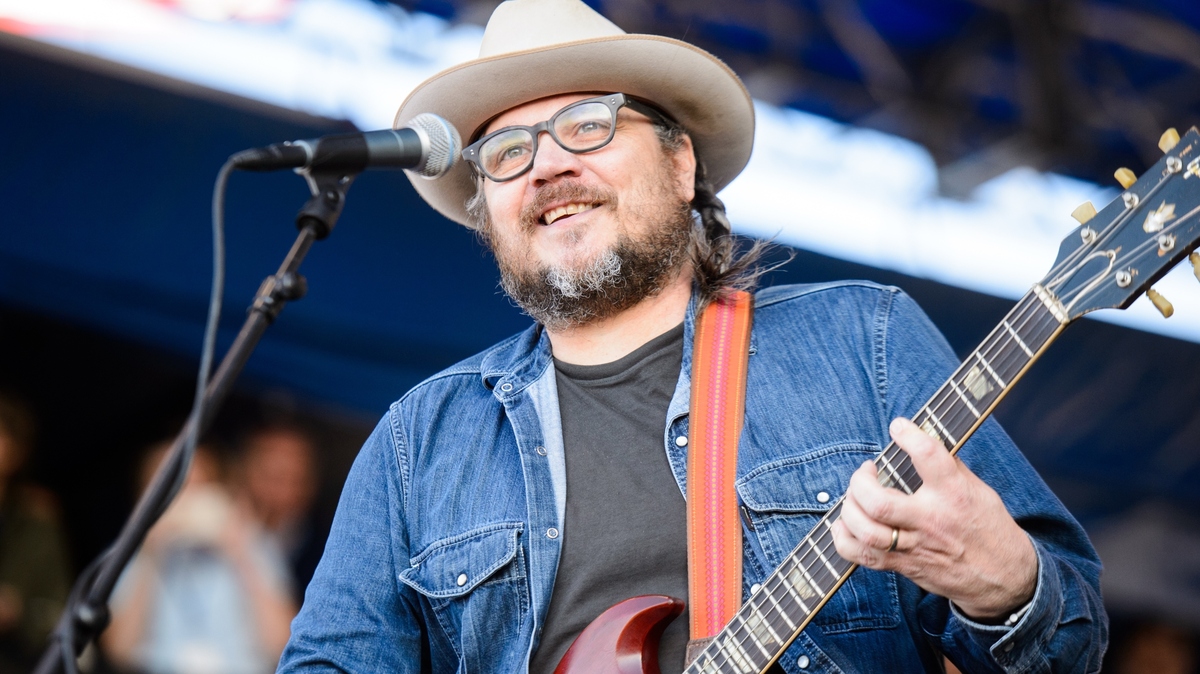 At this stage, it feels like Wilco has headlined nearly every festival — including its own Solid Sound Festival. But the band's sunset Saturday Newport Folk Festival demonstrated why, year after year, Wilco gets top billing: Twenty years in, the Chicago band has staying power without sacrificing a sense of sonic exploration.

Despite a lack of banter ("I don't feel like talking today," Jeff Tweedy, his hair parted with two braids visible beneath a hat, told the audience), Wilco knew exactly how to delight a familiar crowd. After opening with a track from the band's 2015 release, Star Wars, Tweedy and company dove into the messy "Via Chicago," a daring and dynamic track that felt triumphant.

Even after so many years, in concert, the band's expansive catalog takes new shape. "Bull Black Nova" felt propulsive, even more manic than the studio version, when given the space to project. The live staple "I'm The Man Who Loves You" grooved with fresh ease. Nels Cline's guitar work on "Impossible Germany" elicited cheers.

The band's performance of "One By One," a track from its collaborative record with Billy Bragg, Mermaid Avenue, foreshadowed what seemed inevitable: The set concluded with a performance of "California Stars," with Bragg himself joining on vocals. It proved that even after all these years, Wilco's still got a few tricks left.

An earlier version of this story stated that Wilco began the concert with a song from its 2016 album, Schmilco. "Random Name Generator" was, in fact, on Wilco's 2015 album, Star Wars.