Accessibility links
Raunchy But Sweet, 'Mrs. Fletcher' Is One For The Ages Tom Perrotta's new novel about a divorced mom and her college-aged son addresses some serious issues with dark humor. The result is uncompromisingly obscene, but still somehow good-natured.

Raunchy But Sweet, 'Mrs. Fletcher' Is One For The Ages

Raunchy But Sweet, 'Mrs. Fletcher' Is One For The Ages 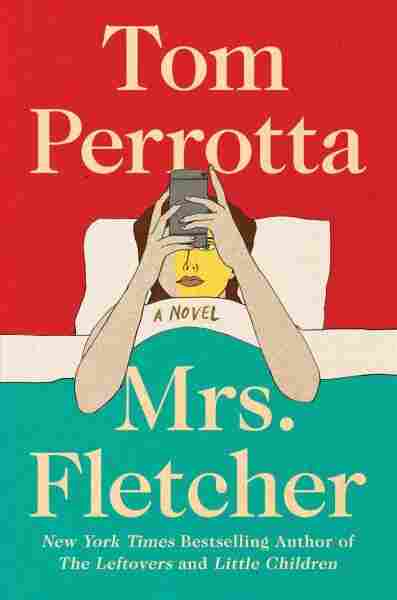 The drive to school doesn't go well. Brendan sleeps most of the way there, which isn't entirely a surprise; his relationship with his mom has lately been marked by "exchanging the minimum daily requirement of information, mostly, on her son's side, in the form of grudging monosyllables and irritable grunts." Eve tries to navigate her new life alone with a steady diet of wine, Friends reruns and "way too much Facebook." ("It had been a lot easier to be a loser back in the days before social media," Eve thinks, "when the world wasn't quite so adept at rubbing it in your face, showing you all the fun you were missing out on in real time.")

The novel follows Eve and Brendan as they both make some questionable decisions. For his part, Brendan — "a big, friendly, fun-loving bro, a dude you'd totally want on your team or in your frat" — joins a support group for students with autistic loved ones (his young half-brother is on the spectrum), trying to impress a socially conscious young woman whom he likes. He ruins it, though, during a sexual encounter that the porn-addled Brendan suddenly turns rough and degrading.

Perrotta is extraordinarily gifted at capturing the relationship between Eve and her son, who finds little to like in college besides drinking, smoking weed and playing video games. (Perrotta's take on modern-day, ultra-woke college culture is consistently biting and hilarious. As Brendan surveys the student clubs he could join, he marvels, "You could ride horses, row crew, play rugby, boycott Israel, learn to juggle or knit.")

Mrs. Fletcher isn't the first book by Perrotta to mix dark humor with serious issues; he's done so before in novels like Election and Little Children. But his latest might just be his best — it's a stunning and audacious book, and Perrotta never lets his characters take the easy way out. Uncompromisingly obscene but somehow still kind-hearted, Mrs. Fletcher is one for the ages.