Accessibility links
There's No Easy Answer For Why 'The Great Comet' Is Closing Natasha, Pierre and The Great Comet of 1812 received rave reviews and 12 Tony nominations, the makings of a Broadway hit. Now, it's closing, in part because of a controversy over casting and race. 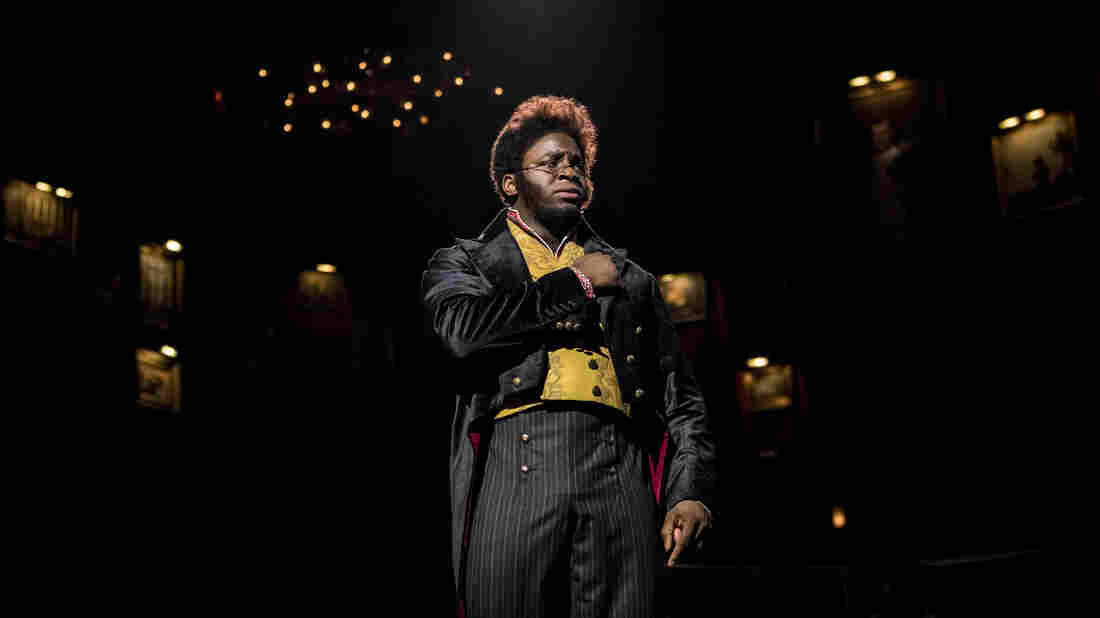 Okieriete Onaodowan had to learn both accordion and piano to play the role of Pierre in Natasha, Pierre and The Great Comet of 1812. He ends his run on the show in mid-August. Chad Batka/Courtesy of Matt Ross PR hide caption 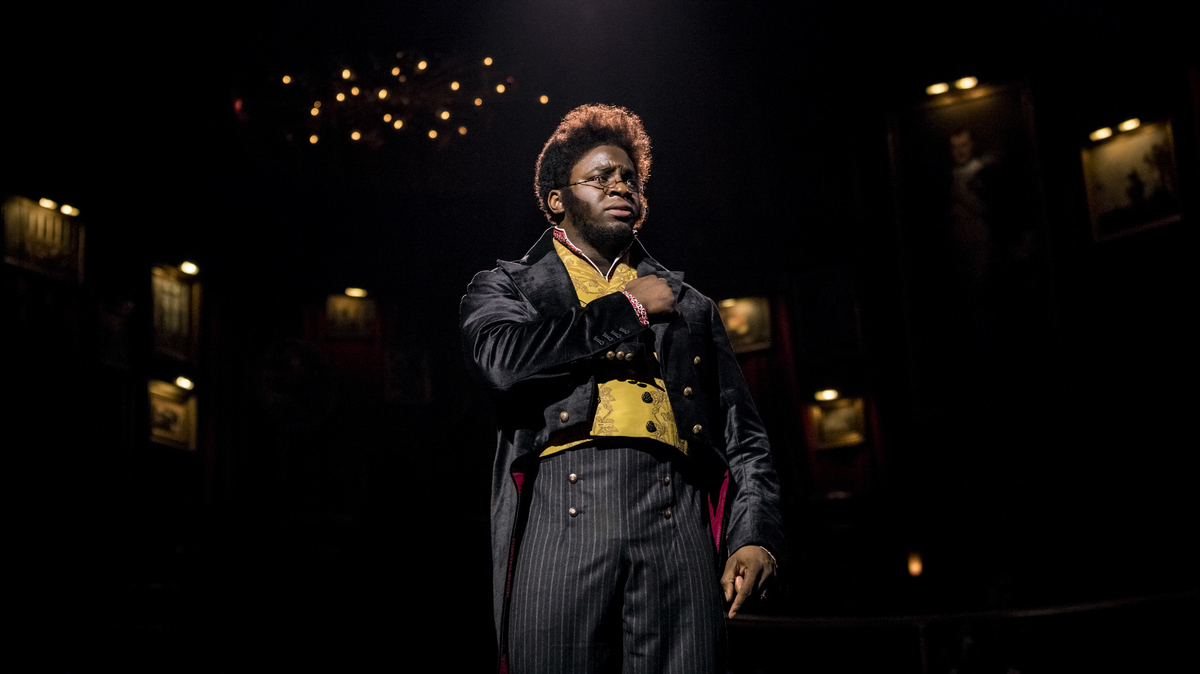 Okieriete Onaodowan had to learn both accordion and piano to play the role of Pierre in Natasha, Pierre and The Great Comet of 1812. He ends his run on the show in mid-August.

Natasha, Pierre and The Great Comet of 1812 was supposed to be the next Hamilton. It was going to invigorate Broadway and attract younger and more diverse audiences — and it almost succeeded. Instead, it's closing on Sept. 3, in part because of a controversy over casting and race.

The Great Comet is based on the Russian novel War and Peace by Leo Tolstoy. It received rave reviews and 12 Tony Award nominations, including one for its male lead, recording star Josh Groban, and one for its female lead, Broadway newcomer Denée Benton. Benton is African-American, and nearly half of the cast is nonwhite, a fact the show was praised for.

Groban is a big star, and he sold a lot of tickets — on average the show made about $1 million a week. But, as often happens on Broadway, he never planned to play the drunk and depressed Pierre forever. In early July, Groban ended his run; his replacement was Okieriete Onaodowan, an African-American actor from the original cast of Hamilton.

When NPR interviewed Onaodowan in May, he was thrilled to join the show. "It's important to see yourself represented," he said, "and this is such a diverse cast ... even the voices, all the voices are completely different."

But ticket sales dropped during Onaodowan's run as Pierre. To boost the box office, the show's producers invited Tony and Emmy Award-winning actor Mandy Patinkin to take the part. Patinkin had seen The Great Comet both on and off Broadway, and he was a fan.

But the decision to replace a black actor with a white one lead to a Twitter storm. The website Broadway Black wrote that "the abrupt replacement of [Onaodowan's] role to boost ticket sales raises questions about how Black actors are valued and supported within Broadway."

Patinkin responded to the criticism by cancelling his Great Comet run. And then there was a backlash to the backlash: Great Comet fans and cast members took to social media to defend the show. In an open letter, cast member Azudi Onyejekwe wrote that, while mistakes were made, he found the show's white creators to have a "thorough, nuanced, pragmatic approach to diversity."

Diep Tran covered the controversy for American Theatre Magazine. She says, "The fans of the show rightfully pointed out: This show is the most diverse on Broadway, so why are you making it a target?"

In the end, Tran says, The Great Comet both proved and disproved some of the misconceptions about what is commercially viable on Broadway. "There is still that bias that only white voices can make money. That show was very diverse, but at the same time that show also had a white lead as its selling point."

And Josh Groban was a very hard act to follow.

Rose Friedman edited this story for broadcast, and Nicole Cohen adapted it for the Web.