Accessibility links
Friends Coogan And Brydon Take Their Dueling Impressions On A 'Trip To Spain' In this third film based on their food-tasting show, Steve Coogan and Rob Brydon worry (in the voice of John Hurt) that they'll soon feel as ancient as the dinosaur tracks they find on their travels. 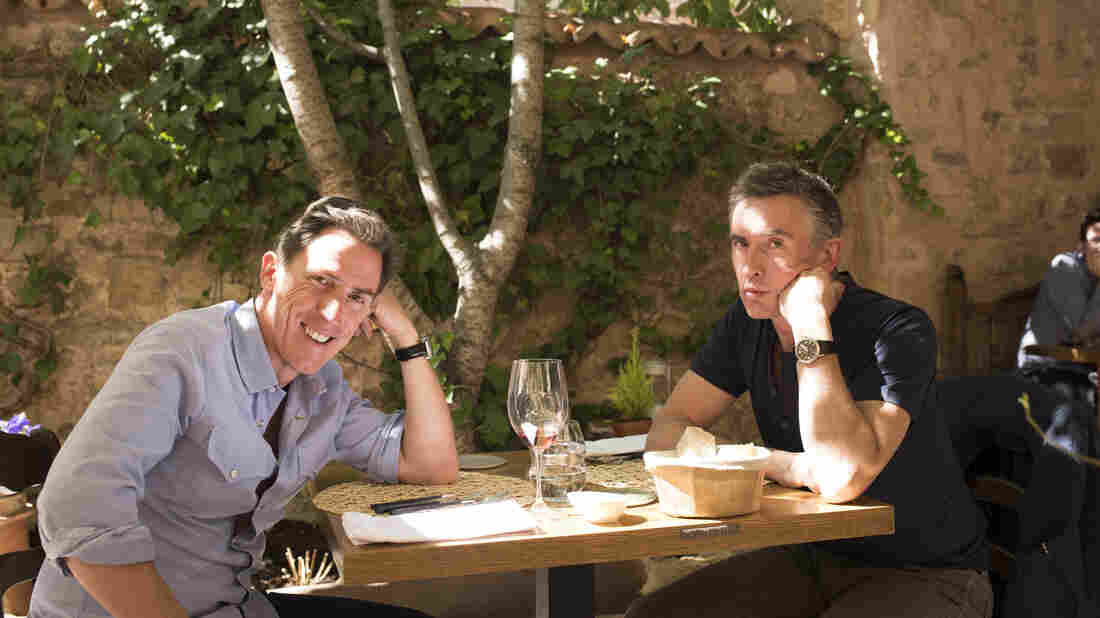 Rob Brydon (left) and Steve Coogan improvise exaggerated versions of themselves in The Trip to Spain. Rory Mulvey/Courtesy of IFC Films hide caption 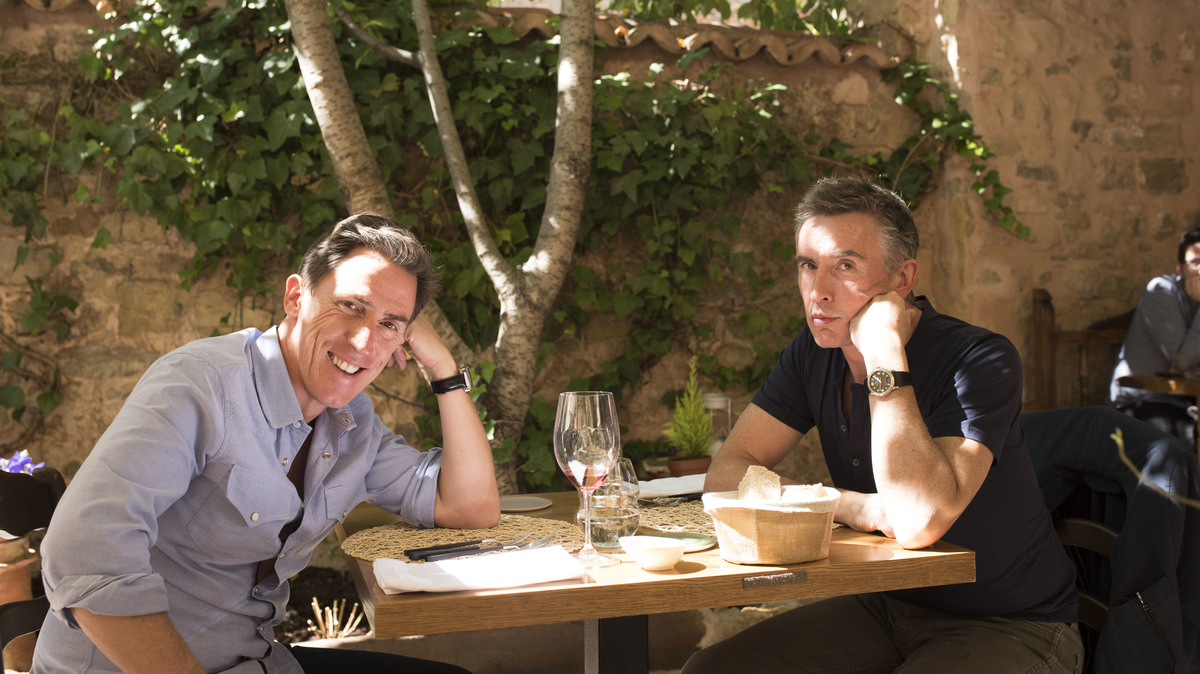 Rob Brydon (left) and Steve Coogan improvise exaggerated versions of themselves in The Trip to Spain.

When Steve Coogan and Rob Brydon's dueling Michael Caine impressions went viral during the first season of their food-tasting TV series, The Trip, it was more or less inevitable that the show's 6.5 hours of eating scallops and celeb impersonations would be edited down into movie form. Ditto with the second season's trip to Italy, which had them eating pasta and doing dueling Al Pacinos and Robert De Niros.

With most movie sequels, I'm done after a second helping, but they're now serving up the third season, The Trip to Spain, and yeah, sure, I'll take thirds. As with the first two films, a phone call sets things in motion. Coogan calls Brydon with an invitation that arrives at an opportune moment: Brydon looks across the room at his wife and screaming baby, who is letting out a 10-second wail, and before you can say "Spanish omelet" they're off to the land of Don Quixote to tilt at wind turbines and chat over chorizo about whatever pops into their heads. (Remembering a party, say, where Mick Jagger did a Michael Caine impression of his own.)

Brydon swings easily from Jagger doing Caine badly to himself doing Caine splendidly, as Coogan chimes in with Jagger being Jagger — all of which leads them to wonder at the fact that Jagger has recently fathered a child at 72.

Age is much on their minds this trip: They've both just turned 50, which they're determined to see as the prime of life. (Brydon notes it's about the age Miguel de Cervantes was when he wrote Don Quixote.) But they worry (in the voice of John Hurt, mind you) that they'll soon feel as ancient as the dinosaur tracks they find on their travels.

The point of the trip, though, is Spanish cuisine, which we see sizzling in the kitchen and served with food-porn panache by folks whose fractured English provides the stars with food for improvisation.

As with the previous movies, director Michael Winterbottom has encouraged Coogan and Brydon (who are friends in real life) to improvise exaggerated versions of themselves — Brydon a goofy Sancho Panza and Coogan a snooty Don Quixote. Their travels take them through breathtaking Iberian deserts, gorgeous seacoast villages and the castle where Marlon Brando played Grand Inquisitor Tomás de Torquemada, sending them on a riff in which it becomes clear that, come the next Spanish Inquisition, Coogan will be asking the questions.

Brydon needles and Coogan remains oblivious (and slightly melancholy) in The Trip to Spain, as audiences are treated to a week-long conversation in which no narrative needle is ever left unthreaded. Talk of tilting at windmills à la Don Quixote leads to singing a familiar song with lyrics about "the circles that you find in the windmills of your mind," which leads to the observation that the song's original singer, Noel Harrison, was the son of Rex Harrison, who sang — wait for it — "The Rain In Spain." Circles within circles.

I would follow these guys on a trip to anywhere.