Accessibility links
John Dean, Nixon White House Counsel, Sees Uphill Climb For Trump In Leaks Fight Dean says he sees echoes of the Watergate scandal in the Trump administration: "We wrote what you shouldn't do. We wrote the book on it. And Trump doesn't even seem to know what happened." 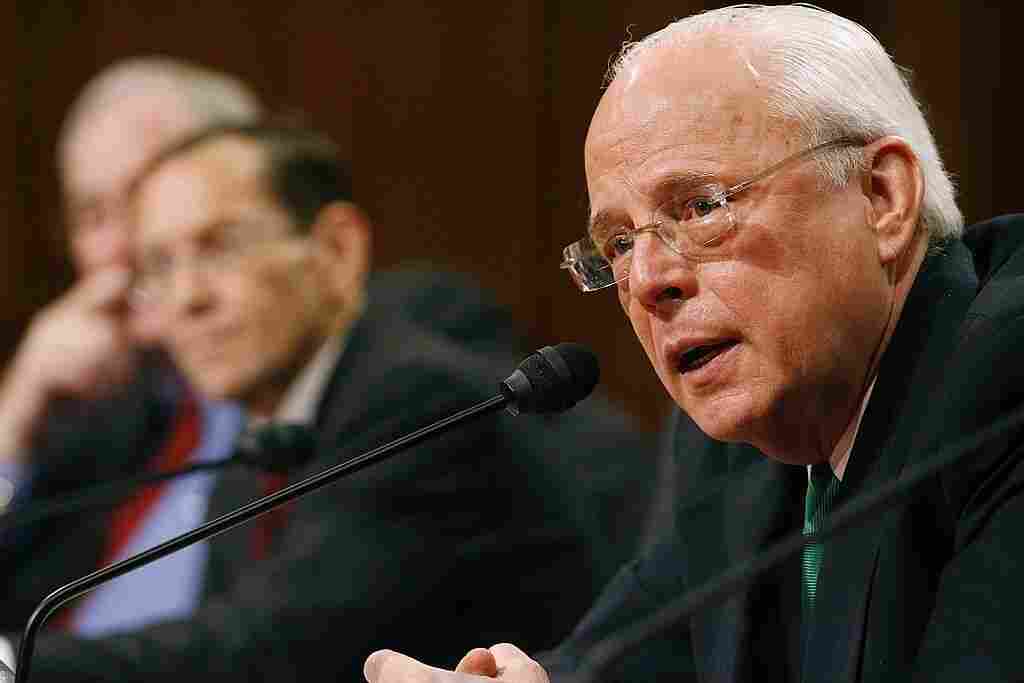 John Dean, shown testifying before the Senate Judiciary Committee in 2006, served as White House counsel to former President Richard Nixon. Dean says he sees echoes of the Watergate scandal in the Trump administration and its handling of the Russia investigation. Chip Somodevilla/Getty Images hide caption 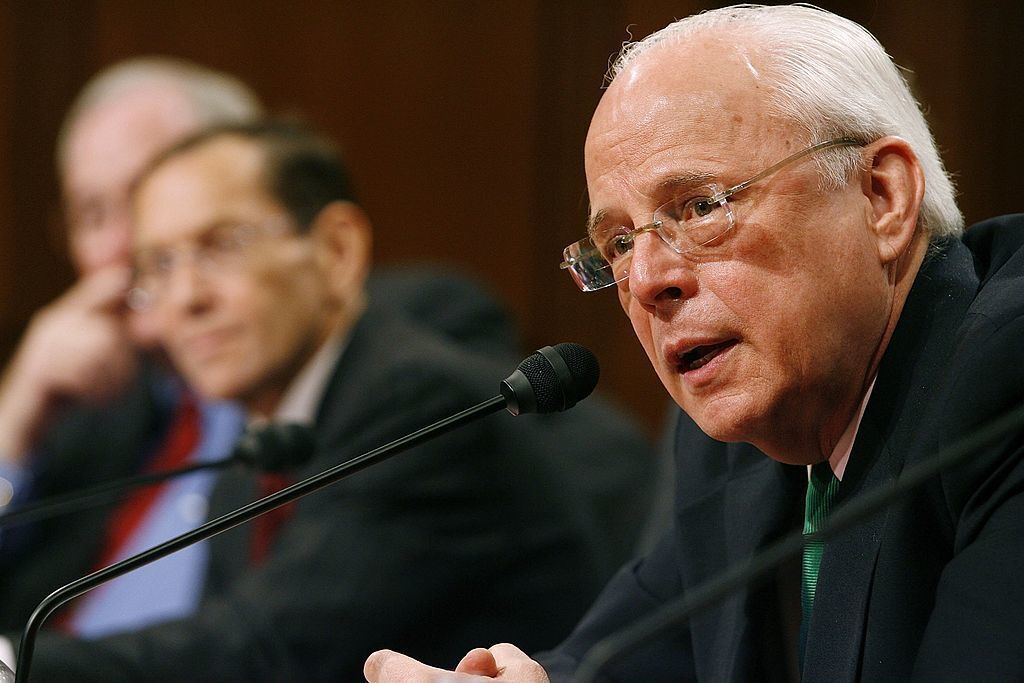 John Dean, shown testifying before the Senate Judiciary Committee in 2006, served as White House counsel to former President Richard Nixon. Dean says he sees echoes of the Watergate scandal in the Trump administration and its handling of the Russia investigation.

Dean revealed the former Republican president's involvement in the attempted cover-up and pleaded guilty to his own role.

While Dean has made comparisons between the current White House and the Nixon administration, he told NPR's David Greene that the leaks about President Trump appear to be more personal in nature. Leaks under Nixon pertained to potential strategic decisions in Vietnam, he said, but leaks about Trump have been "regarding his attitudes towards the national security community, which has not been a particularly healthy relationship."

"I think that there is some disagreement with the Trump presidency and Trump's qualifications to be president," added Dean, who has been critical of Trump.

How the Trump administration faces an uphill climb in fighting leaks, without firm law in place to target leakers

The [George W. Bush White House] assembled about a half a dozen statutes that kind of built the equivalent of what the United Kingdom has, [which] is an Official Secrets Act. We have never done that. We've considered it and assumed it would not bear up under scrutiny at the Supreme Court because of the First Amendment.

'The Quiet Man': The Powerful Conservative White House Lawyer In The Middle Of It All

Why comparing current Russia investigations to Watergate is still valid, even if it's not quite "Watergate 2.0" (the White House has denied any wrongdoing)

There are comparisons because first of all, Watergate was about influencing an election, the '72 election. ... The echoes I hear are there is clearly a cover-up in the White House. If you did not want to have all this suspicion about what they're doing, you'd have everybody who was involved come into a room and say, "OK, I want sworn affidavits. I want to clean this up. I don't want to have this hanging over my administration, and I want it done yesterday."

Well, that's exactly the opposite of what they're doing. So this is very similar to — this is the pattern in Watergate. The firing of [FBI Director James] Comey to ask to him to stop the investigation of [former national security adviser Michael] Flynn was not unlike Nixon sending the CIA or the FBI to get them to cut off the investigation. There are echoes, and during Watergate, we wrote what you shouldn't do. We wrote the book on it. And Trump doesn't even seem to know what happened.

There has been a change in tone in the last few days. They're not quite as aggressive in trying to discredit the investigation. Maybe they've figured out that rather than trying to fight everything, to try to get the investigation over. ... I tried the same thing [with Watergate] to get it over, and it led to the cover-up of the cover-up, which went on for another year-plus.

Is The Trump White House More Exposed To Leaks Than Previous Administrations?

Is This White House More Exposed To Leaks Than Previous Administrations?

Nicole Hernandez adapted this interview for the Web.