Accessibility links
As A Boy In An Adult Prison, His Mother's Letters 'Were Everything' Marcus Bullock was tried as an adult and sent to prison when he was 15. The eight years he was away changed his relationship with his mother, Sylvia. The distance actually brought them closer. 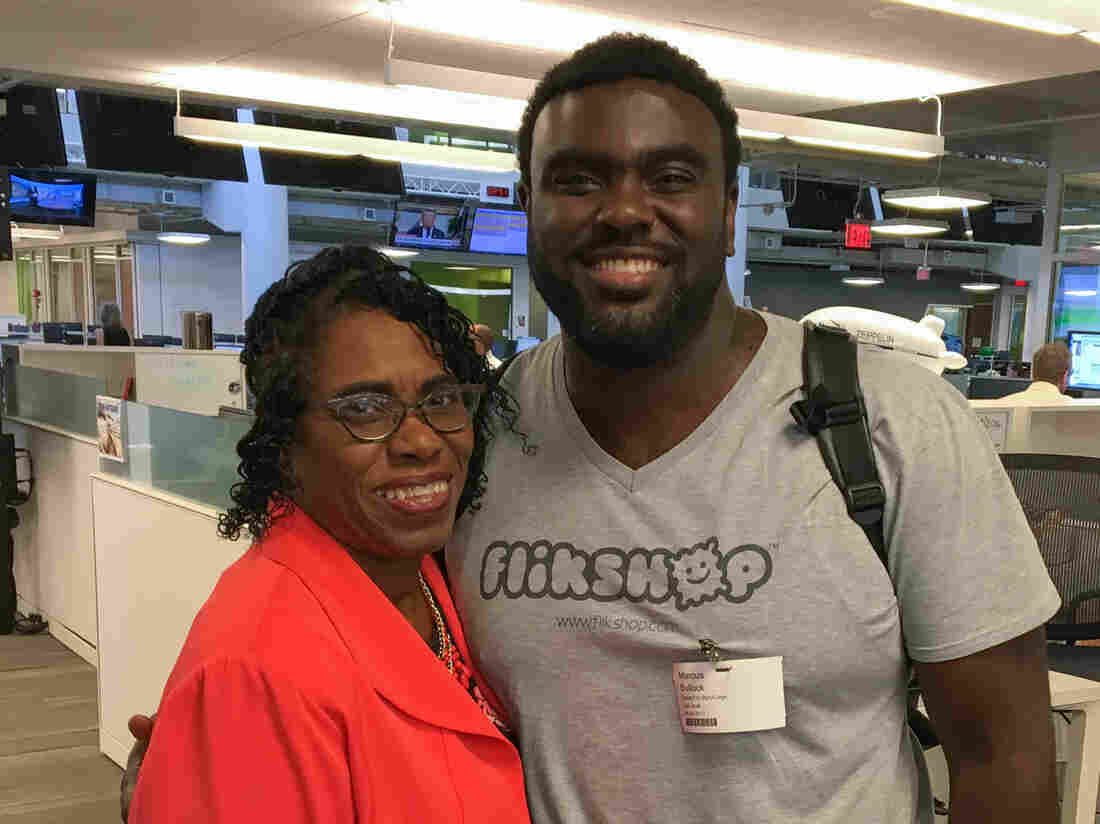 Sylvia and Marcus Bullock talked to StoryCorps about how their relationship as mother and son developed when Marcus was in prison and what it is today. Courtesy of StoryCorps hide caption 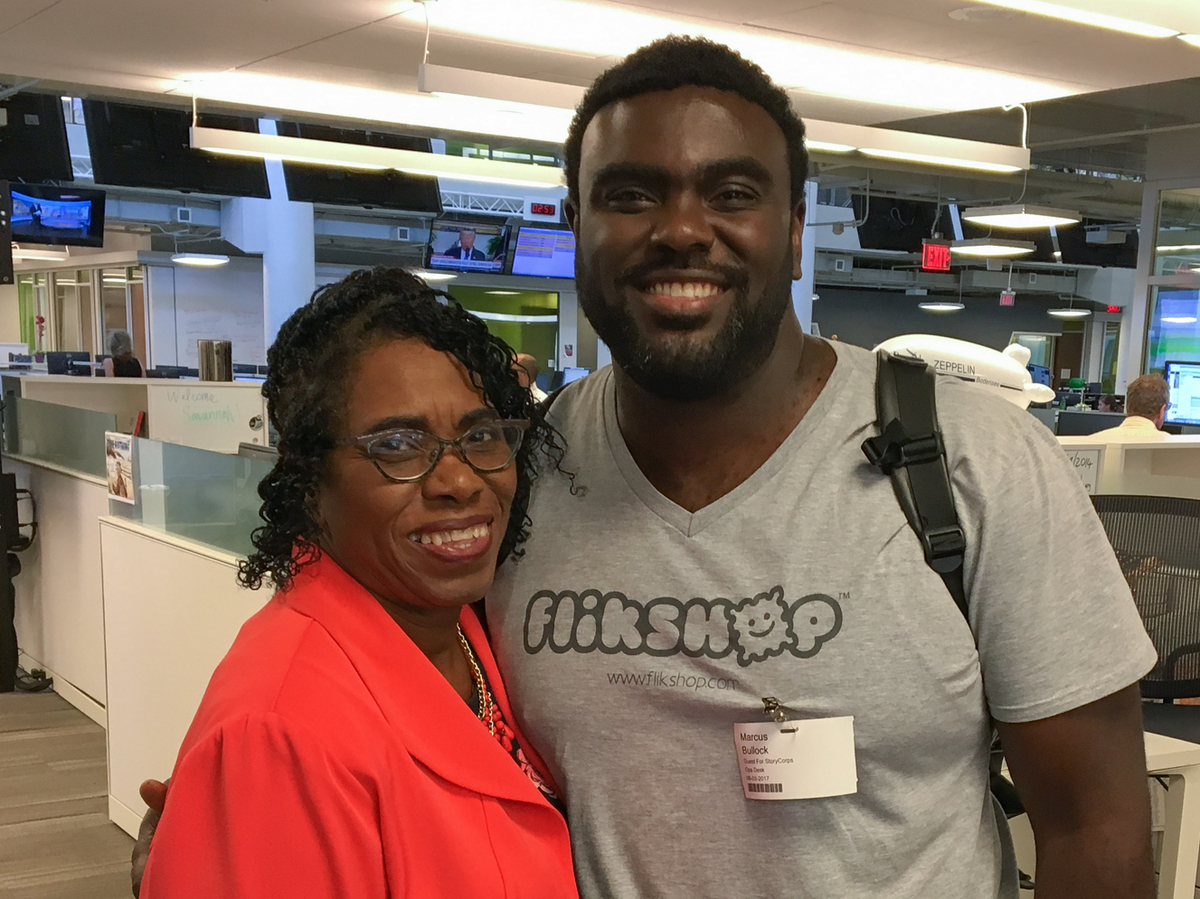 Sylvia and Marcus Bullock talked to StoryCorps about how their relationship as mother and son developed when Marcus was in prison and what it is today.

As a 15-year-old growing up in Washington, D.C., Marcus Bullock knew his mother, the Rev. Sylvia Bullock, was working hard to raise him and his sibling on her own. When Marcus saw the effort his mother was putting in and how little his family had, he decided to take matters into his own hands.

In 1996, he and a friend committed a carjacking and, despite his age, Marcus was tried as an adult and served eight years in prison for the crime. 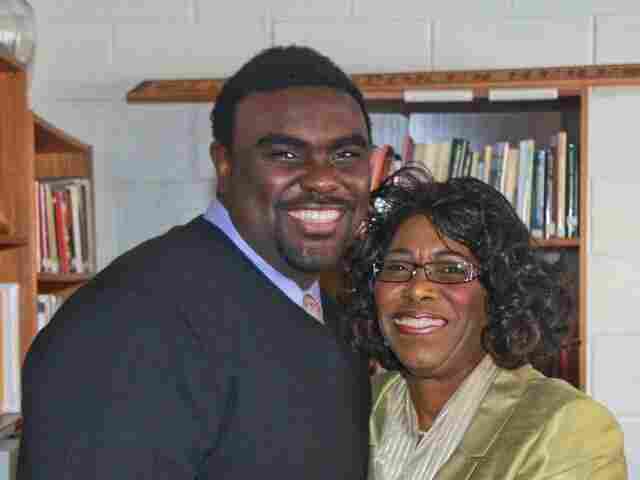 Since Marcus Bullock's release from prison, he started a company focused on making it easier for inmates to communicate with their families. His mother, Sylvia, sent him letters when he was in prison and works with him at the company today. Courtesy of Sylvia Bullock hide caption 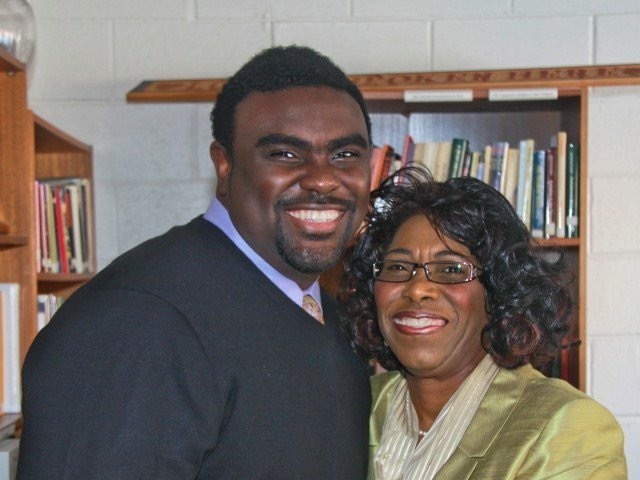 Since Marcus Bullock's release from prison, he started a company focused on making it easier for inmates to communicate with their families. His mother, Sylvia, sent him letters when he was in prison and works with him at the company today.

At the beginning of his sentence, Marcus says he was focused on survival.

"That long road trip on that prison bus, it was like three or four hours," he said. "The whole time, I'm mentally preparing myself for warfare."

During the time that Marcus was gone, Sylvia said she thought about her role in the community and her role as a mother.

"You know, here you are trying to help everybody else, and you can't even minister to your own," Sylvia said. "Because I felt like, what could I have done differently and how did I not see it?"

Marcus told his mother that he believes she did everything she could, but both admitted that the time apart from each other was difficult.

"Initially, it was a real sense of feeling alone," Sylvia said. "I stopped cooking dinner, but what kept me truly alive and focused was being able to write to you."

While He Was In Prison, His Son Grew Up; Now, 'They're Getting To Know Each Other'

The letters Sylvia wrote to her son were long. Marcus recalled them being six, seven or eight pages, adding that "the letters were everything."

"I would picture you writing and your hands would be moving across the paper," Marcus told Sylvia. "You were really baring your soul to me. Before then, it was always like, 'Hey, I'm your mom. Go put your shoes on. Hurry up, let's go to church.' "

But the letters weren't the only way Sylvia checked in on Marcus. She also talked to the wardens about how her son was doing and made sure they knew he was still a teenager. 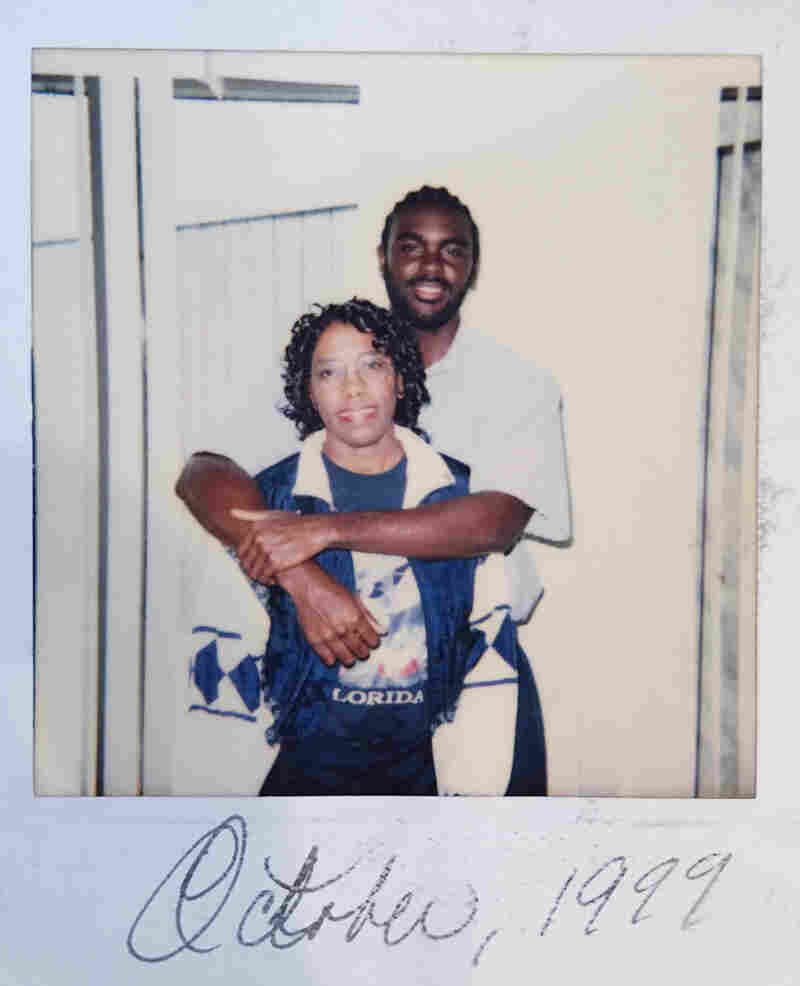 When Marcus Bullock went to prison in 1997, he was 15. His mother, Sylvia, wrote to him frequently for the eight years he was there and visited him. Here they are during one of those visits. Courtesy of Sylvia Bullock hide caption

"You was such a mom," Marcus said. "What mother calls to the prison and talks to the warden? It's not a guidance counselor in college."

Through the phone calls and letters, he said, Sylvia became a more caring, concerned mother instead of the authority figure he knew at home.

"That's what kept me alive, because a year out here is not the same thing as a year in there," Marcus said.

Though the passage of time was hard for Marcus, he said he realized that he would eventually leave prison and still had the potential for different opportunities in his life, while others in prison would probably never leave.

And Marcus did get to leave, but he didn't forget the letters that helped to give him strength. After his release, he created Flikshop, an app that makes it easier for inmates and their families to stay in touch. In addition to running the company, Marcus, now 35, runs different programs for people re-entering society after incarceration.

Through all of this Sylvia, 65, is right by her son's side. She works for the company not only as a fulfillment manager, but also as the official "mom-in-chief," and says she's proud of her son.

"I see a young man who said that, 'I'm going to change the world,' " Sylvia said. "I see a man who loves his children and his wife. And I am thankful that you have grown up to be the person that you are today."