Accessibility links
Despite Fiscal Warning, Wisconsin Plans To Move Ahead With Foxconn Deal An estimate from the Wisconsin Legislature's nonpartisan budget office found that the state wouldn't break even on incentives for the Taiwanese tech company until 2043. 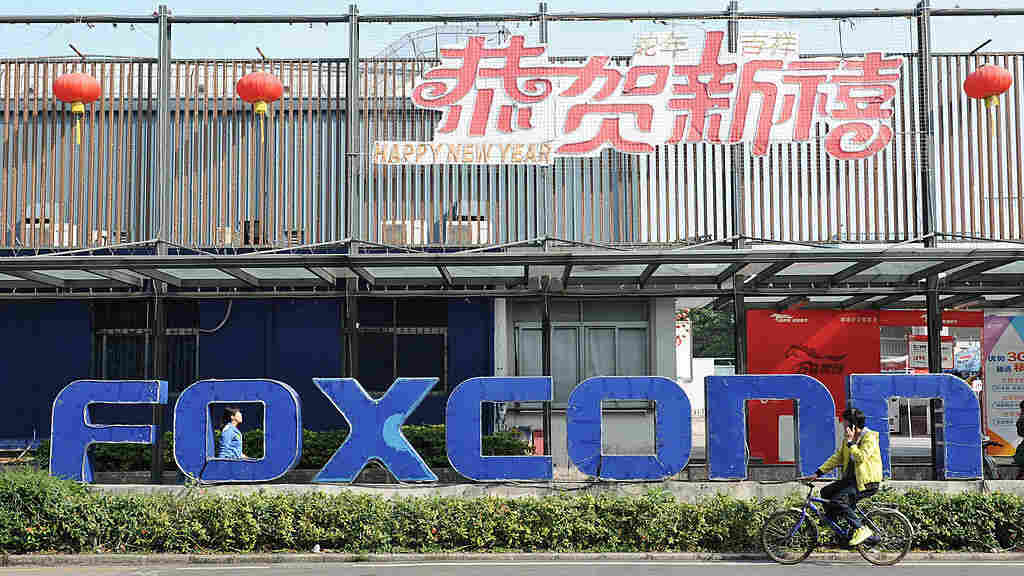 Wisconsin lawmakers are considering a $3 billion package of incentives to encourage Taiwanese electronics company Foxconn, which has had a presence in southern China, to build a factory in the state. Stringer/AFP/Getty Images hide caption 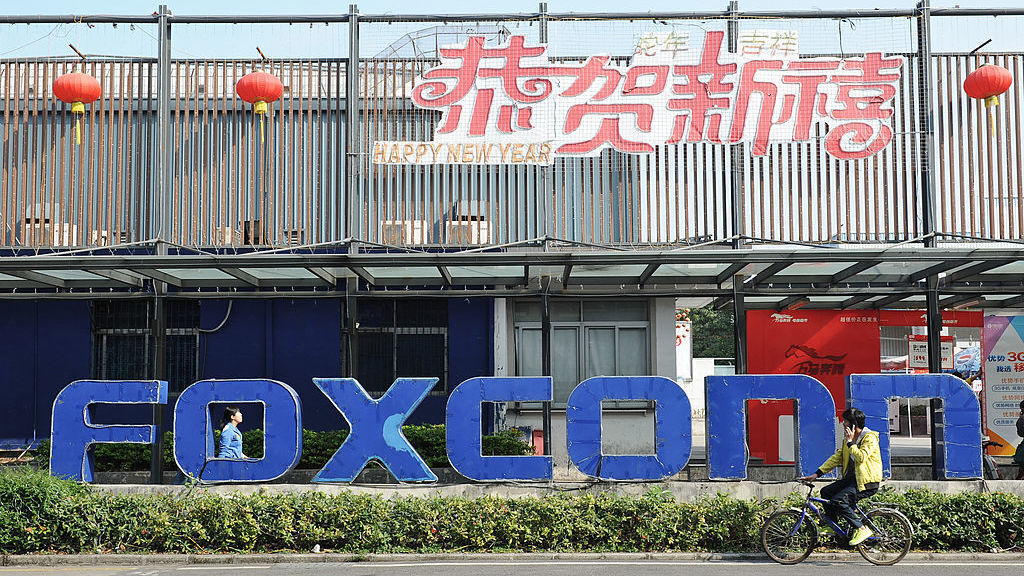 Wisconsin lawmakers are considering a $3 billion package of incentives to encourage Taiwanese electronics company Foxconn, which has had a presence in southern China, to build a factory in the state.

Wisconsin lawmakers are preparing to move forward on a $3 billion tax incentive package with technology manufacturer Foxconn, even as a new estimate from the state legislature's nonpartisan budget office revealed the state wouldn't break even on the deal until 2043.

The Taiwanese company's plans were announced at a high-profile White House event with President Trump last month. The planned Foxconn factory in southeastern Wisconsin would open by 2020 and cover 20 million square feet on a nearly 1.6-square-mile campus.

On Thursday, state Senate Majority Leader Scott Fitzgerald, who had been the most reticent of Wisconsin's Republican leaders about the deal, changed his tone.

Fitzgerald signaled he is ready to move forward with the deal, tossing aside previous statements that the state budget, which is more than a month past its deadline, should take precedence.

"If we can get both of these things done simultaneously and get this stuff kicked out of the finance committee, then we'd be in a good position to probably finish up the budget and also get Foxconn done," Fitzgerald told reporters Thursday afternoon.

Just one day earlier, the senator had called a new estimate about the long-term economic impact of the deal "striking," urging his colleagues to be "cautious" as they evaluated the incentive package.

The estimate focused on the income tax that would be paid by workers at Foxconn because the manufacturer will qualify for a state tax program that exempts it from paying income taxes. It also assumes the facility will hire the maximum number of employees it has projected for the plant: 13,000.

If the manufacturer doesn't employ that many Wisconsin residents, the state's break-even point would be pushed "well past" 2045, the estimate said.

Democrats voiced concern about the incentive package soon after the estimates were released.

"I'm extremely concerned about the cost to Wisconsin taxpayers," said Assembly Minority Leader Peter Barca, who represents Kenosha, which is in the region where Foxconn is expected to build its facility. "The fiscal analysis released today creates new questions on the state's cash flow and on the state's ability to ensure a good return on investment for taxpayers."

Gov. Scott Walker, a Republican, pushed back on that concern, saying more than tax revenues should be considered when evaluating the deal.

The estimate projected the Foxconn facility would create 22,000 "indirect and induced jobs" beginning in 2021, as well as 10,200 construction jobs and 6,000 indirect construction-related jobs, resulting in more than $250 million in tax revenue for the state.

The fiscal bureau also noted that its analysis focused only on the impacts of the project on the state's treasury and did not account for other potential benefits to Wisconsin's economy, like the addition of a new sector to the state's manufacturing economy.

Among the other incentives used to draw the company to Wisconsin are exemptions to state environmental laws that would let it escape state permits for everything from filling a wetland to building on a lakebed.

The state Assembly held a public hearing on the Foxconn deal last week. It is expected to hold a committee vote on the package early next week, with a vote from the full Assembly on Aug. 17.

Fitzgerald said Thursday that he expects the state Senate will hold its public hearing on the incentive package on Aug. 22.