Accessibility links
North Korea Has Markets Nervous But Not Panicked Heightened tensions between the U.S. and North Korea sparked a sell-off this week on global stock markets, but the drop is less you might have expected given the potential stakes.

North Korea Has Markets Nervous But Not Panicked

North Korea Has Markets Nervous But Not Panicked 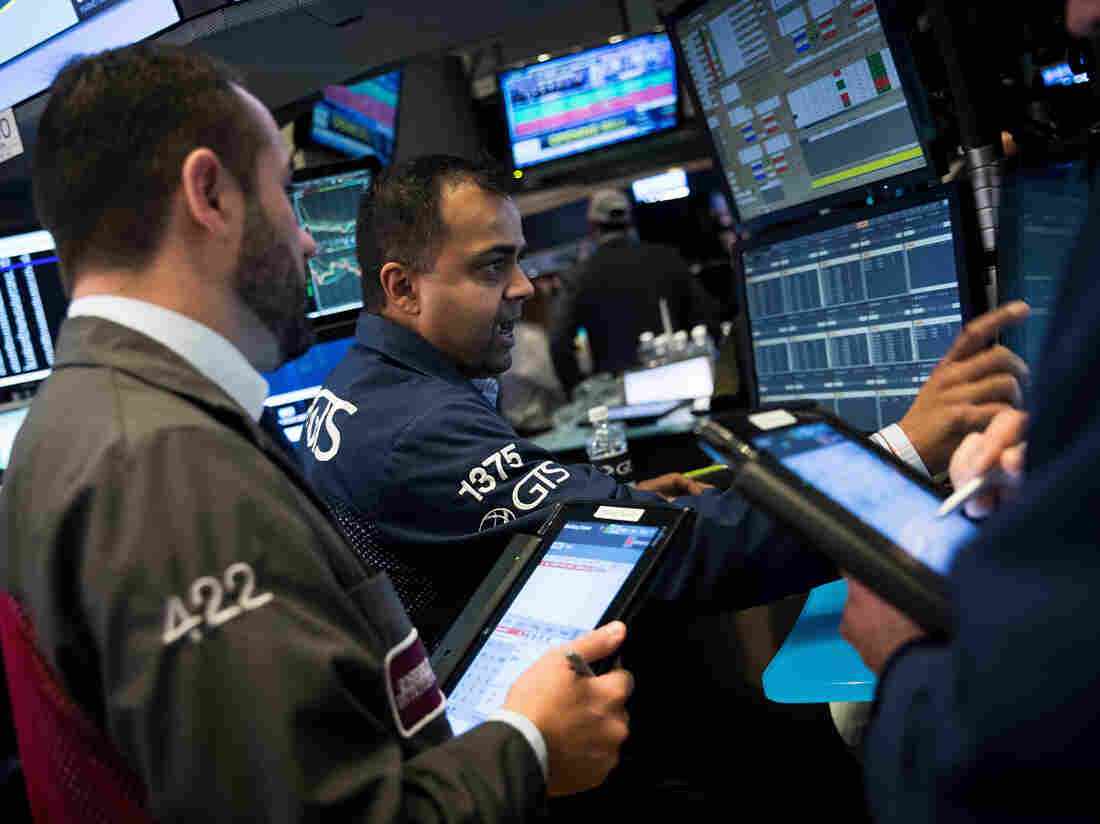 Traders and financial professionals work the floor of the New York Stock Exchange ahead of the opening bell on Friday. Drew Angerer/Getty Images hide caption 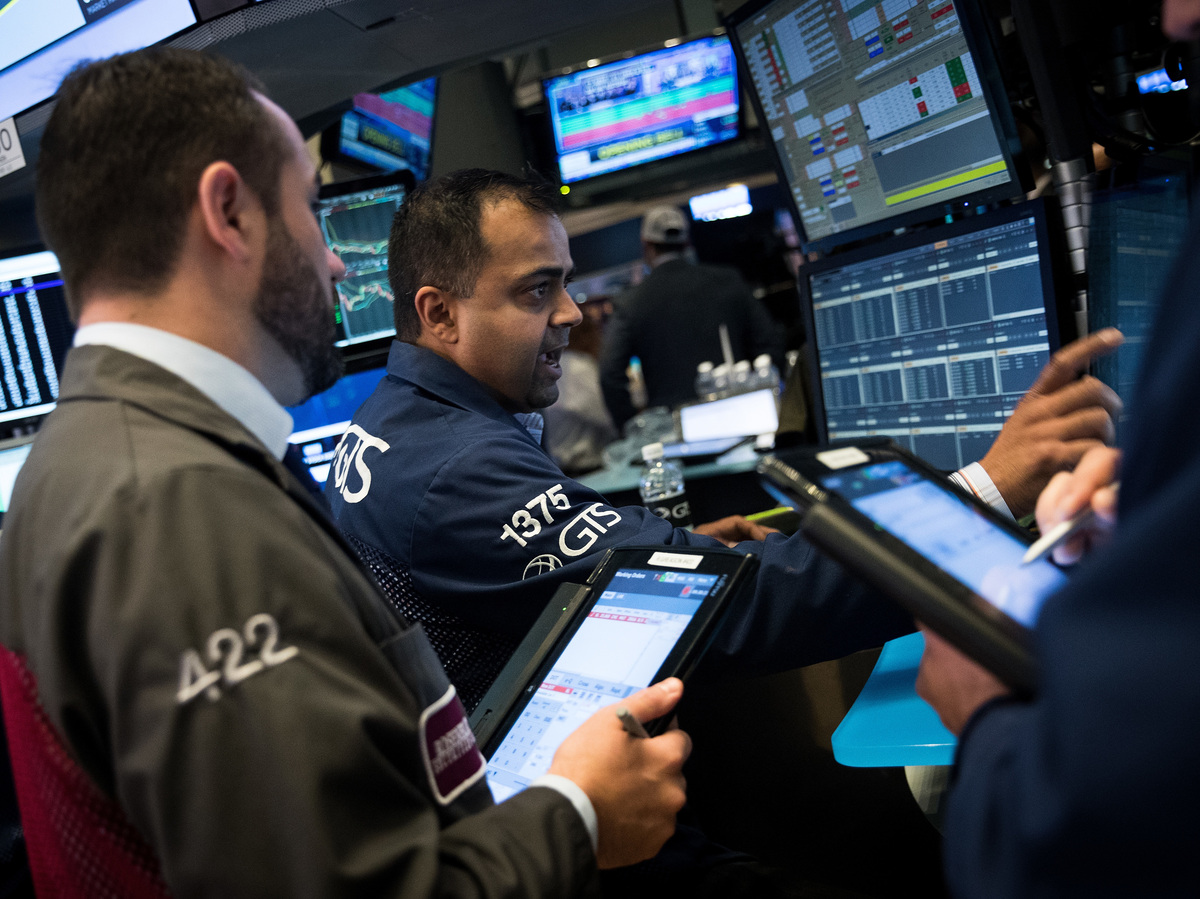 Traders and financial professionals work the floor of the New York Stock Exchange ahead of the opening bell on Friday.

Global stock markets ended their worst week in months amid rising tensions between the U.S. and North Korea, though U.S. stock indexes steadied on Friday to close up slightly.

Nervous investors drove shares lower earlier in the week, after President Trump declared Tuesday that the U.S. would react with "fire and fury" to further nuclear provocations from North Korea. North Korea responded with threats to launch missiles into the Pacific Ocean near Guam, a U.S. territory.

Amid the hot rhetoric, U.S. stocks sold off sharply on Thursday, with the S&P 500 falling more than 1 percent. By the end of the day nearly $1 trillion in equity had been lost globally. Asian and European stocks continued the sharp decline Friday.

But U.S. stocks regained some lost ground, despite Trump's comments Friday that U.S. weapons are "locked and loaded," ready to respond if North Korea acts "unwisely."

Trump Says U.S. Military Is 'Locked And Loaded' To Deal With North Korea

The North Korea situation isn't the only thing weighing on stocks. Major U.S. indices had posted record highs in recent weeks. Those highs were supported by strong corporate earnings, but lofty market valuations and a prolonged period without a significant market pullback had some analysts predicting a sell-off.

While stocks have declined this week, the sell-off has not been dramatic. BNY Mellon FX strategist Neil Mellor told Reuters that in recent years, "the market hasn't really reacted to things on the Korean Peninsula" because in the past "it [has been] largely North Korean sabre-rattling." But Mellor notes the rhetoric has reached a "different level."

The Wells Fargo Investment Institute describes the market response, so far, as "tepid." In a note to investors, Paul Christopher, head global market strategist, and Tracie McMillion, head of global asset allocation, suggest, "the threat of a nuclear weapon is certainly more serious than previous threats, but that threat also may increase the probability of a diplomatic solution." They suggest the U.S. and China, a North Korean ally, could work together to de-escalate the situation.

So far the measured decline in global stocks suggests investors buy that scenario.