Accessibility links
Takes One To Know One: Rapper Ugly God Speaks To (And For) Teens The 20-year-old started making viral videos; now, he has released his debut album. He owes his success, in part, to a social media-fueled youth culture revolution that prizes teen perspectives. 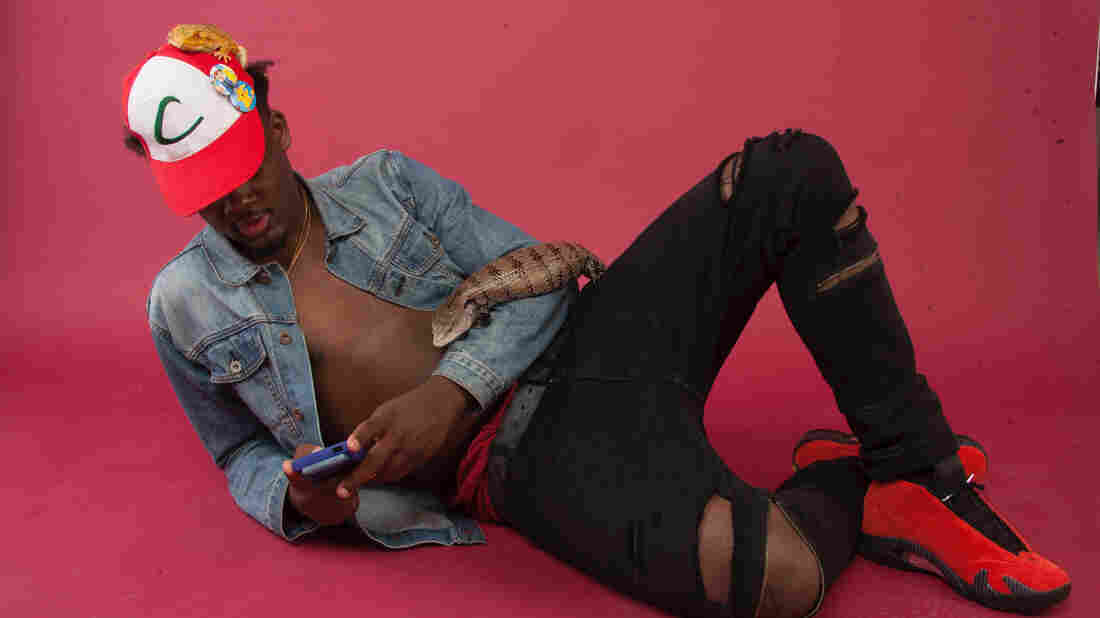 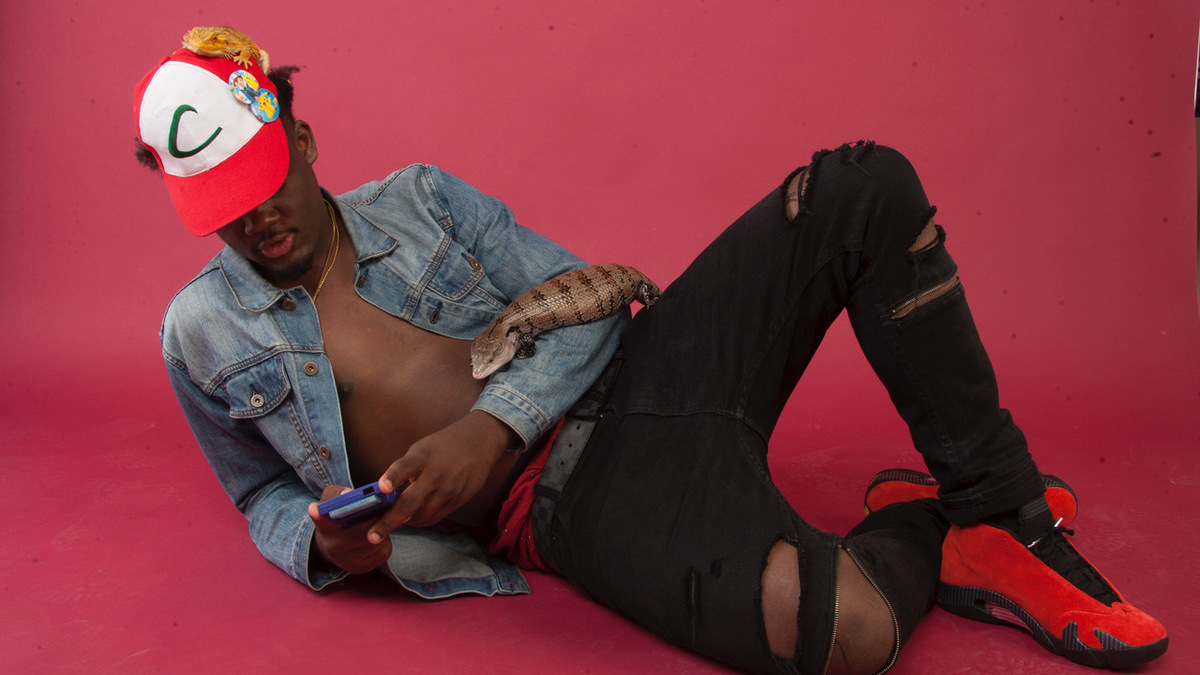 The rapper and producer who calls himself Ugly God was a freshman in college when a freestyle he'd casually recorded in his dorm room started to catch fire on the Internet. Now — a little over a year later — it's been played 94 million times on SoundCloud — and he's just released his first full length project, The Booty Tape. The 20-year-old owes his success, in part, to a recent revolution in youth culture that has helped unfiltered teen perspectives go viral.

As The Booty Tape opens, he's being insulted: "I mean he's not that attractive and then all he wants to sing about is dumb stuff!" That's the verdict delivered by a woman whose son hosts a YouTube channel featuring her reactions to currently trending rap videos. Her objections have precedent. Recall Tipper Gore pushing warning stickers for records on Oprah, back in 1990:

"Parents would be alerted when there was graphic material," Gore explained.

"I don't know if that helps or hurts. Because I think kids, when they see the label, want it even more," Oprah responded.

Oprah's not wrong. The video for Ugly God's "Water" has, to date, been watched more than 30 million times.

Ugly God, aka Royce Davison, is as surprised as anybody by his popularity — though he has a theory about where it started.

"I think it was me making these lizard videos," he says. "I used to make videos of me grabbing lizards and putting them on my nose. And that was so viral. For the longest time, I was just gaining and gaining followers just off that. And then they realized I made music. Viral music, just like those videos. And everything clicked."

Ugly God has a pretty clear understanding of who's listening to his music: mostly, it's young people.

"It's not s*** children supposed to be listening to," he says, "but at the same time, I know who my audience is. I know exactly what it is: children. It's been expanded, but, for the most part, it's kids."

Teenagers and kids in their early 20s set the tone on all of the social media platforms that germinate widely shared content. They sift the torrent of media aimed their way and route the imagery and sounds that amuse them, or that they relate to, or whatever just gets stuck in their heads. And the way to every kid's heart is to choose a lyric — or subject matter — that's off limits at home.

The art of making catchy music that has the side benefit of irritating parents is something that has been making corporations money for a slick century. But Ugly God has a different end game, and he's following in some big footsteps to get there — like those of rapper Lil B.

Lil B made his name in the Myspace era, the mid-2000s, and became the improbable hero of young people turned off by a music industry that seemed bloated, and one they felt was taking advantage of them.

"My motto has always been: for the people," Lil B says. "You can kind of compare what I do in the likeness of the gentleman who founded Wal-Mart. You know, I like to respect the customer."

Lil B gave his music away for free. He invented a dance that spread from online user-made videos to the NBA. Through his social media, book and occasional university lectures, Lil B spread a message of positivity and self-belief with songs that don't follow the rules.

Lil B spoke directly to his peers — and Ugly God is doing the same now. Lil B put out his first song, with a group called The Pack, when he was 16.

"You know, reporting it from a teenager's perspective early," he says. "Yeah, I think it's a powerful time, to talk to the people at that age. I just think, if you want to speak with them, you have to connect with them in some way."

Ugly God recalls the impact Lil B had on him.

Both Ugly God and Lil B — who's putting out a tape himself later this month — are encouraging kids to be themselves and build a community around that.

"A community," says Lil B, "where everybody's accepted."

The foibles of adults are more apparent than ever these days and nobody seems to be above a vulgar joke. If the message teenagers are putting out in the world is to be yourself and love your neighbor, then maybe it's time we start listening to the children.

Ugly God certainly has. "I was just like one of them," he says, "and then they just pushed me up like, 'Handle your business bro. For us.'"