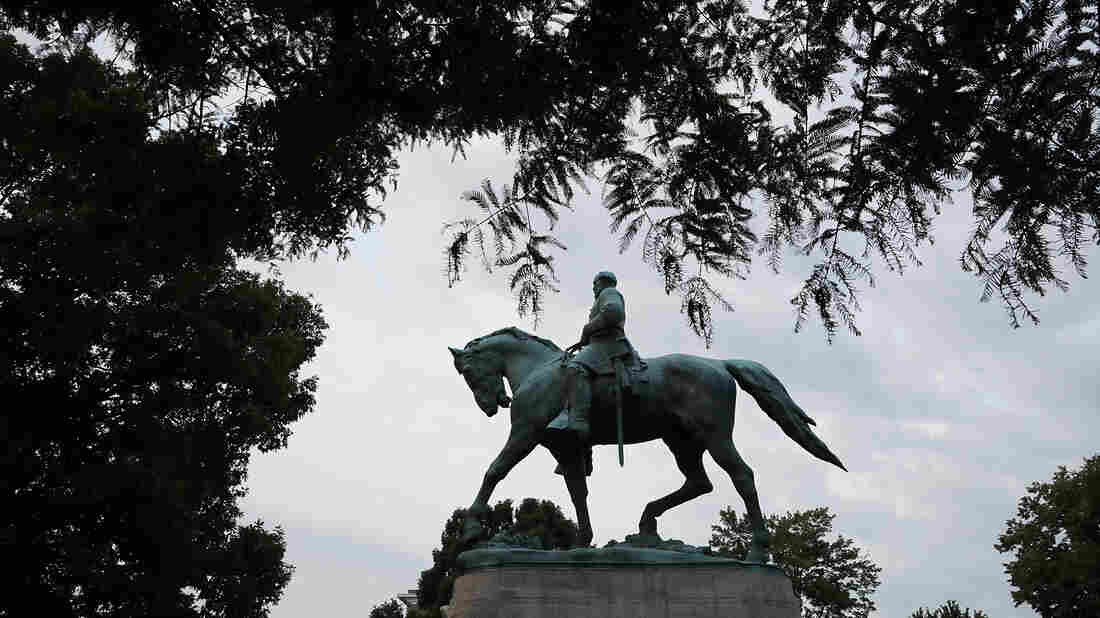 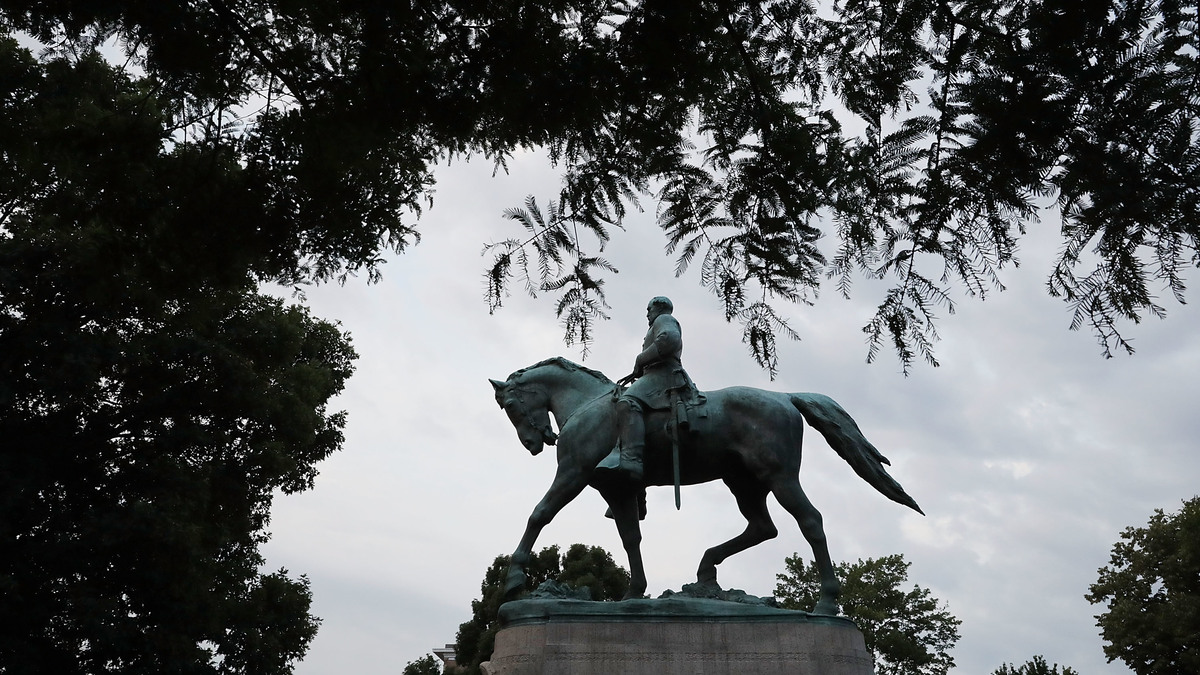 The statue of Confederate Gen. Robert E. Lee seen in Charlottesville, Va.'s Emancipation Park one day after a white nationalist rally that was organized to oppose its planned removal devolved into violence.

At the center of Charlottesville's violent white nationalist rally was a long-simmering controversy over the removal of a statue of Confederate Gen. Robert E. Lee.

Controversies over Confederate symbols have been brewing around the country — most notably in South Carolina, where the Confederate flag was lowered from the State House grounds two years ago, and New Orleans, where statues came down earlier this year.

But in Charlottesville, Va., the movement to remove a Lee statue and the backlash that followed have become particularly intense thanks to an ongoing court battle and questions over whether the City Council has the authority to remove it.

Now, the planned removal of the statue has become a rallying cause for white supremacists and others — and a symbol of growing discontent.

One hundred years ago, in 1917, the 26-foot-high statue was commissioned by a philanthropist and given to the city along with the surrounding land in honor of his parents. The statue took seven years and three sculptors (the first one died) to complete. According to the city of Charlottesville's website, the statue was unveiled in 1924 by 100 cadets from the Virginia Military Institute, who "paraded through the center of Charlottesville decorated with Confederate colors." The new statue was also reportedly greeted with loud cheers and a speech by the University of Virginia's then-president, Edwin Alderman, and followed by parties and balls.

Charlottesville Suspect To Remain In Jail After First Court Appearance

It was added to the National Register of Historic Places in 1997. The registration form from the Department of the Interior states that the sculpture "remains undisturbed in its original location. Charlottesville will undoubtedly keep it there, for the monument is a unique memorial to the most eminent Confederate hero of all and an outstanding example of the outdoor sculpture of the late City Beautiful movement."

It is now doubtful — though still possible — that Charlottesville will "keep it there." In February, the City Council voted 3-2 to sell the statue, ignoring the recommendation of a commission that suggested moving it.

A group called Virginia's Sons of Confederate Veterans sued the city, alleging it did not have the right to remove the statue since it was a war memorial. A related group, and others, filed a lawsuit in New Orleans to block the removal of a Lee statue as well as one of Confederate President Jefferson Davis. A federal appeals court said that city could remove its Confederate monuments.

Charlottesville City Councilor Bob Fenwick, who cast a tiebreaking vote in April (that vote allowed the city to sell the statue), hoped the council's action would put to bed more than a year of heated debate in his city. "For now, it is now time for our city to rest," he said, according to the Richmond Times-Dispatch.

But that didn't happen. The movement against removal of the statue grew — there is a Facebook group to Save the Robert E. Lee Statue and a call for donations to "fund litigation to preserve our monuments." The backlash to the planned removal culminated in a white nationalist rally last weekend, which used the planned removal as a rallying cause. It is important to note, however, that the group behind the lawsuit, SVC, condemned the Charlottesville rallies. Chaplain in Chief Ray Parker wrote on Facebook over the weekend: "I condemn in the strongest possible way the actions, words, and beliefs of the KKK and other white supremacist groups."

The statue has also been tagged with graffiti several times in the past few years, including with "black lives matter" and "native land."

In May, a judge granted a temporary injunction, which meant the statue could not be removed for the next six months. So, for now, the statue is still standing in what used to be Lee Park. But the City Council also voted earlier this year to rename the park, an action that was upheld by a judge. Lee now, rather ironically, sits in Emancipation Park.