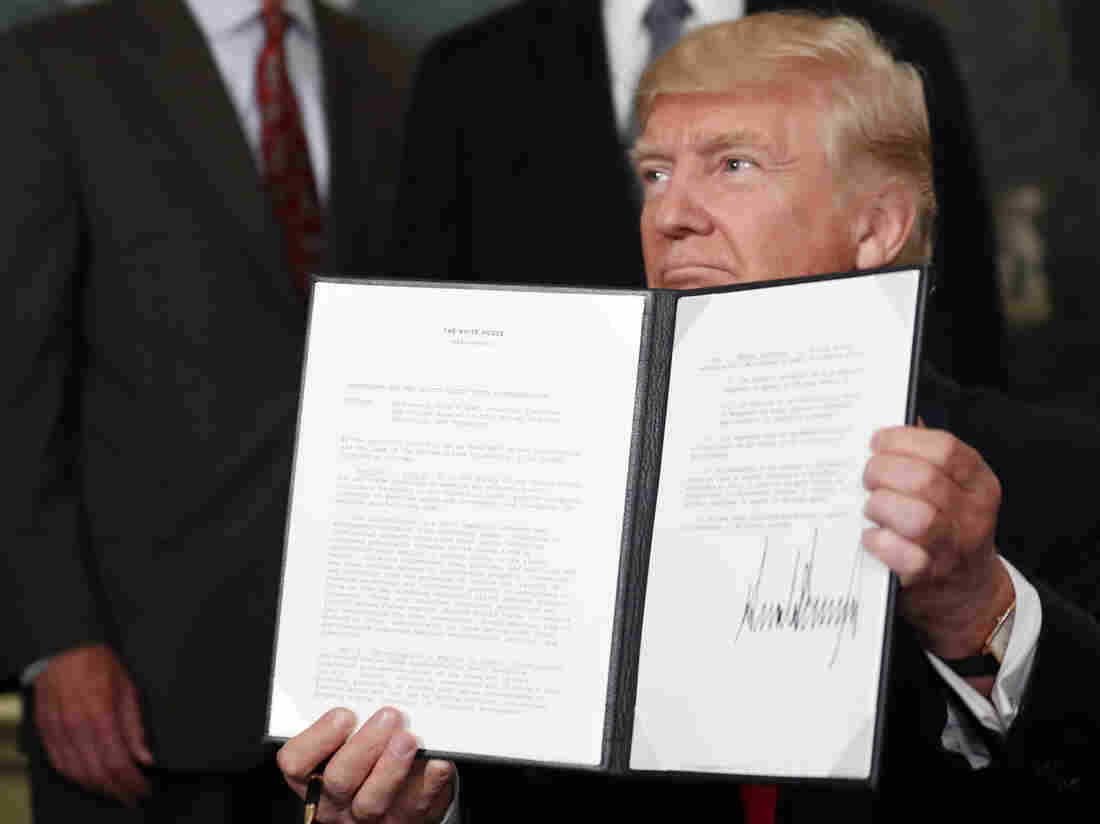 President Trump holds up a signed memorandum calling for a trade investigation of China at the White House on Monday. Alex Brandon/AP hide caption 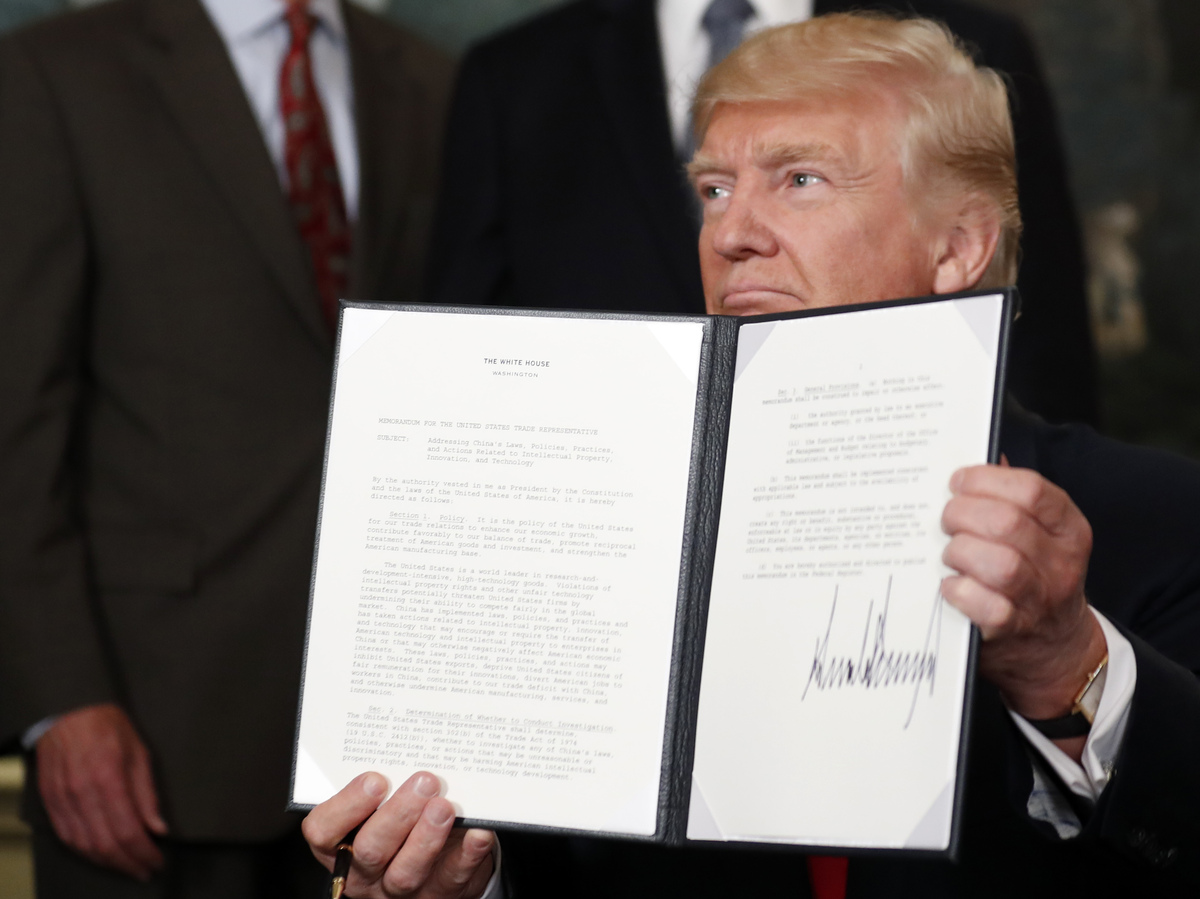 President Trump holds up a signed memorandum calling for a trade investigation of China at the White House on Monday.

President Trump on Monday authorized his top trade official to look into whether China is guilty of intellectual property theft, a move that could eventually lead to trade sanctions.

He cited not just the theft of intellectual property such as computer software, but also Beijing's requirement that U.S. companies turn over proprietary technology as a condition of entering China's markets.

"We will safeguard the copyrights, patents, trademarks, trade secrets and other intellectual property that is so vital to our security and to our prosperity," Trump said at the White House. He was flanked by U.S. Trade Representative Robert Lighthizer, Treasury Secretary Steven Mnuchin and members of his economic team.

Monday's steps were very preliminary, and analysts say that it could be a long time, if ever, before significant trade sanctions are imposed on China.

Eventually, it could lead the administration to initiate what's called a Section 301 investigation, a sanctions mechanism that's part of the Trade Act of 1974.

Section 301 was widely used in the 1980s under the Reagan administration. More recently US presidents have complied with a requirement to obtain World Trade Organization authorization before using Section 301.

But Trump has implied he may use Section 301 without WTO authorization. Bypassing the WTO would be quicker.

"It saves time," says Matt Gold, a former deputy assistant US trade representative. A WTO case "would take a few years for us to bring it to a WTO panel, get a decision, then it will get appealed to the WTO appellate body. Then we get another decision. Then we have to go through another WTO process to get authorization for specific types of trade barriers. ... So it can take a few years to get the WTO authorization."

But Gold says using Section 301 without WTO authorization would leave the US government in conflict with its obligations under international law.

The White House move was applauded by technology groups, which have long complained about intellectual property theft. The Information Technology and Innovation Foundation issued a statement saying "for too long China has flouted the spirit, if not always the letter of its commitments under the WTO and other agreements."

Sen. Sherrod Brown, D-Ohio, said launching the investigation sends a strong signal to China that it will be held accountable if it doesn't work with the United States to level the playing field. But he said the Trump administration needs to go further to address dumping of products such as steel. "We need to follow through with meaningful action and that means the president needs to get serious about trade enforcement, especially on steel," Brown said.

But there are risks to the White House approach. Caroline Freund, a senior fellow at the Peterson Institute for International Economics, says U.S. companies that try to do business with China could get hurt in several ways. "China is likely to retaliate with tariffs on their own of U.S. goods, and then U.S. companies will be further hurt in China," she said. "It won't lead to anything positive."

In an editorial on Monday, the state-run newspaper China Daily said the investigation will "poison" relations.

But Freund also points out that for all of Trump's rhetoric about China while on the campaign trail, the White House so far has been slow to take action against unfair trade practices. Trump backed off of labeling China a currency manipulator for instance, and a long promised report on steel dumping has been delayed.

She says that's because it's one thing to talk about steel tariffs, but imposing them hurts other U.S. manufacturers, such as automakers and appliance companies.