Accessibility links
Poll: Majority Believe Trump's Response To Charlottesville Hasn't Been Strong Enough After shifting statements from the president about the racist violence in Virginia, a new NPR/PBS NewsHour/Marist poll finds most Americans didn't like the way Trump handled the situation. 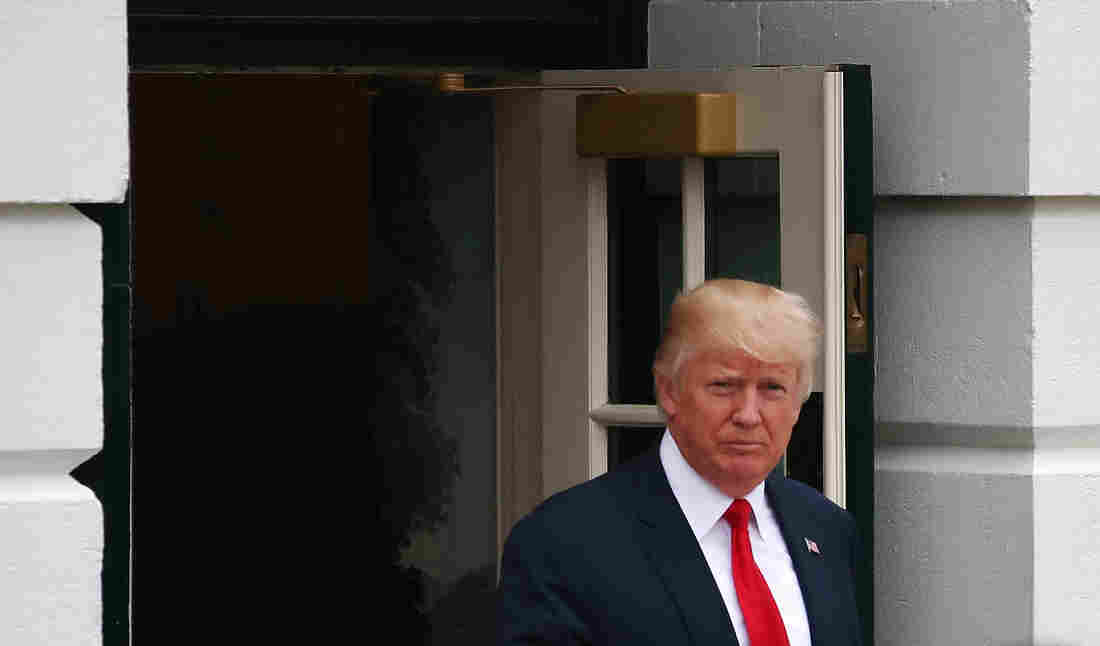 President Trump walks out of the White House toward Marine One on the South Lawn on Monday. A new NPR/PBS NewsHour/Marist poll finds most Americans think Trump's response to Charlottesville events was "not strong enough." Mark Wilson/Getty Images hide caption 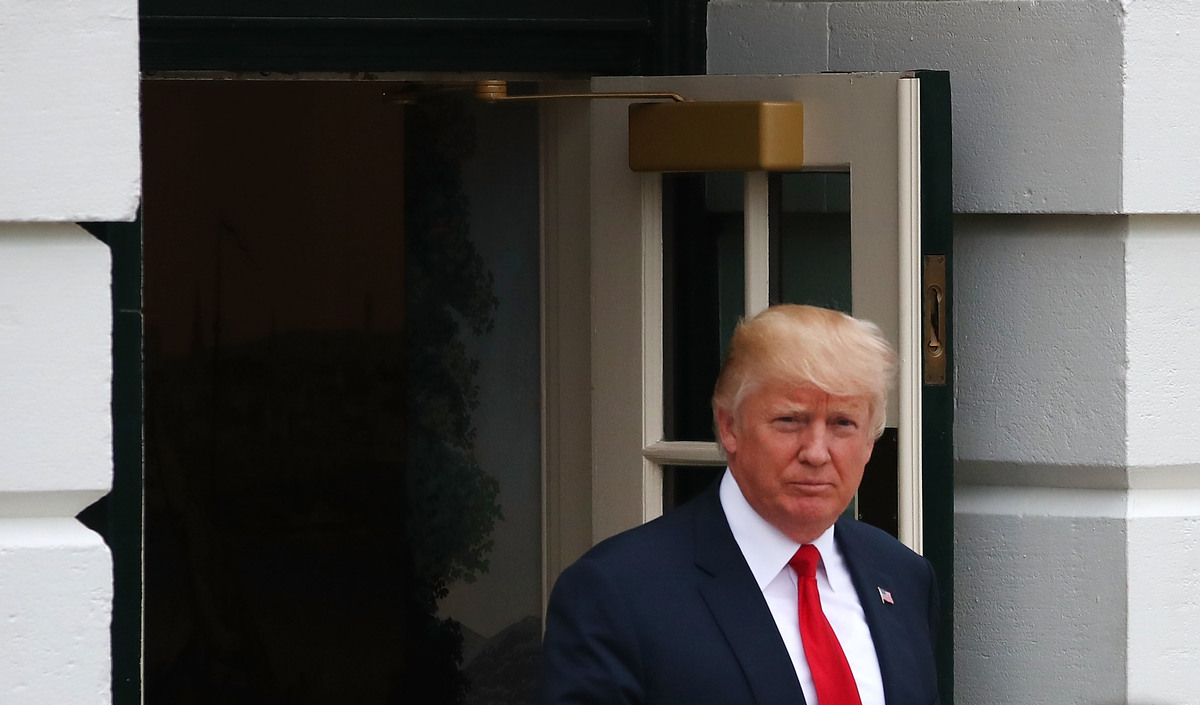 President Trump walks out of the White House toward Marine One on the South Lawn on Monday. A new NPR/PBS NewsHour/Marist poll finds most Americans think Trump's response to Charlottesville events was "not strong enough."

A majority of Americans think President Trump's response to the violence in Charlottesville, Va., was "not strong enough," according to an NPR/PBS NewsHour/Marist poll.

Fifty-two percent of respondents said so, as compared with just over a quarter (27 percent) who thought it was strong enough.

Eighty percent of the poll of 1,125 Americans was conducted following the president's controversial comments Tuesday blaming "both sides" for the violence that left one woman dead after a man drove his car into a crowd of protesters. The man was in Charlottesville for a march that included white supremacists, neo-Nazis and the KKK.

As to be expected when looking at questions of the president's leadership, there's a partisan split — 79 percent of Democrats and 52 percent of independents agree that Trump wasn't strong enough, but 59 percent of Republicans believe he was.

That finding comes despite several Republican elected officials and the two past living Republican presidents taking pointedly different positions than did Trump, unequivocally denouncing these groups.

Trump's position has shifted three times since Saturday. In a statement Saturday, he raised eyebrows by denouncing violence on "many sides" and not calling out white nationalist groups by name. Amid criticism and pressure, he made another statement two days later, naming those groups. Many criticized the president for waiting two days and believed he was not strong enough in his denunciations.

Quoting Mandela, Obama's Tweet After Charlottesville Is The Most-Liked Ever

Then Tuesday, Trump took to the microphones again, and this time, he was ready to battle with the news media. In an unscripted press conference, the president dug in, defending his original statement Saturday. He said his hesitance to call out white supremacist groups was due to wanting all the "facts" first; he blamed "both sides" for the violence, including the "alt-left" (a phrase created by the alt-right); and he defended some of the marchers in the rally staged by white nationalists.

There is no equivocating from Americans as to how they feel about these groups. Americans have extremely low views of the "alt-right," white nationalists, white supremacists and the KKK.

A majority (50 percent), though, said they mostly agree with Black Lives Matter, including a plurality of whites.

"The president's moral equivalency is just not adding up," said Lee Miringoff, director of the Marist Institute for Public Opinion.

The poll also found a strong consensus across the political spectrum that the car attack should be investigated as an act of domestic terrorism — 67 percent overall said it should be. By party, 76 percent of Democrats, 63 percent of independents, 60 percent of Republicans, even 58 percent of Trump supporters agree.

Trump himself, however, declined to forcefully call it terrorism.

"The president's response has clearly been out of step," Miringoff said. "He's talking to the fringe, not the majority of Americans."

A majority also thinks race relations have worsened in the past year since Trump has been president. There's a big divide by party on that, too. Democrats and independents think they've gotten worse, but most Republicans think they're about the same.

There isn't as big a gap by race as one might expect — 63 percent of African-Americans and 50 percent of whites believe they've gotten worse.

African-Americans are divided on the question — but a plurality agree they should stay, 44 percent to 40 percent. Two-thirds of whites and Latinos believe the statues should remain as well.

Those who approve of the president, however, are almost unified in their belief that the statues should stay — 89 percent to 7 percent.

It's not just after Charlottesville that the president's leadership is being questioned. Sixty-one percent don't have much confidence in this president's ability to lead the nation in an international crisis.

As far as North Korea, nearly 3 in 4 favor a diplomatic rather than military means for handling the country's nuclear proliferation.