Accessibility links
Stream Lilly Hiatt's New Album, 'Trinity Lane' In this Nashville songwriter's hands, an examination of the wounds wrought by relationships is an occasion for exacting honesty. 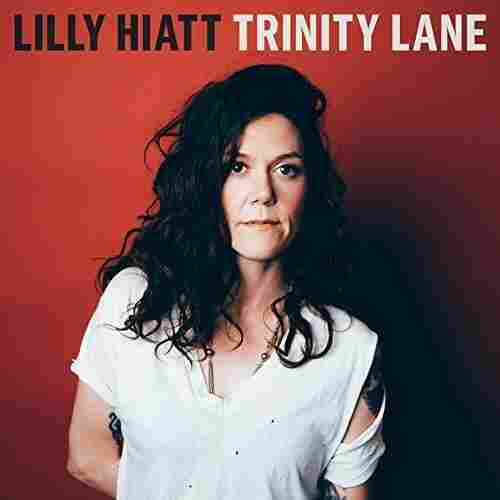 For artists who make breakup records, a big part of the appeal is having their uninterrupted, unqualified say. It can be a cathartic experience to call out former partners for heartlessness and narcissism, to stake your claims to the high ground and come out looking good. There's a seductiveness to that sort of indignation. Just ask Justin Bieber. But the elements of emotional truth in such approaches are often enmeshed with unreliable narration.

In the hands of Lilly Hiatt, though, an examination of the wounds wrought by relationships is an occasion for exacting honesty. On Trinity Lane, the third album by this fixture of Nashville's indie scene and first for New West — which makes her a labelmate of her revered songwriter dad — she's devoted to excruciatingly revealing expression, deftly manipulating the tone and perspective of her songwriting from track to track. Her treatment of pain can, remarkably, feel both considered and diaristic. In her press bio, she describes what she's up to as "taking responsibility for those emotions, and realizing what they are." And that sounds about right.

Her willingness to portray herself in moments of anger or neediness that others might deem unseemly, particularly coming from a woman, and to examine gender divisions in emotional labor at close range, is courageous and affecting. She's put together a band — guitarist John Condit, bassist Robert Hudson and drummer Allen Jones — and selected a producer, Shovels & Rope's Michael Trent, that provide a fortifying frame for her confessions, drawing on elements of grunge and twang, and give her the space to experiment with vocal attacks that range from steely to spun-sugar sweet.

The pedal steel-laced, deconstructed country ballad "Different, I Guess" is a bracing snapshot of obsession. Hiatt captures how hard it is to resist any opportunity for contact with a still-desired ex, and how delusional she sounds dismissing her friends' concern. "But this is different," she protests, breaking with her melancholy lilt to hurtle into a desperate declaration: "I just love you more than anyone I ever have, I guess."

She deploys just the right amount of detail to ensure her depictions of coping mechanisms really hit home. In "All Kinds of People," she sings of detouring around a former lover's house so that she won't have to see it on her way to the grocery store. In the title track, a knowing, briskly tuneful post-punk number, she plays out an internal debate over how to fill the emotional void without giving in to destructive habits. The way she describes her emotional dependence on beloved albums in the serrated roots-rock tune "Records" rings true. "Desire doesn't know it's wrong," she explains, "so I came home and put the record on."

Hiatt allows herself confrontational outbursts in "So Much You Don't Know," stewing over the radical lopsidedness of her investment in a relationship. "I ask you questions about where you're from, where you were when you first got drunk," she drawls with quiet exasperation. "What was the name of your first girlfriend? Goddamnit, don't you wonder where the hell I've been?"

She has the skill, as both singer and songwriter, to tease out contradictions and complexity. In the tough, conversational rocker "The Night David Bowie Died," she modulates between passive-aggressiveness, resignation and regret. Over the course of a few verses in the 6/8 time slow-burner "Everything I Had," she pivots from rebuking sexist perceptions of women's emotional availability to soothing her own insecurities. "'You women go crazy,' that's what you f****** say, for loving someone the right way," she sneers. "Let me tell ya something; I've had it up to here with that." Soon she's turning inward: "I spent all those nights feeling so guilty for letting you near the ugliest parts of me. I think it's time I stop feeling stupid for that."