Accessibility links
Logan Lucky Steven Soderbergh's return to filmmaking after a brief hiatus features strong chemistry between its two leads, a great cast, and the faint whiff of condescension. 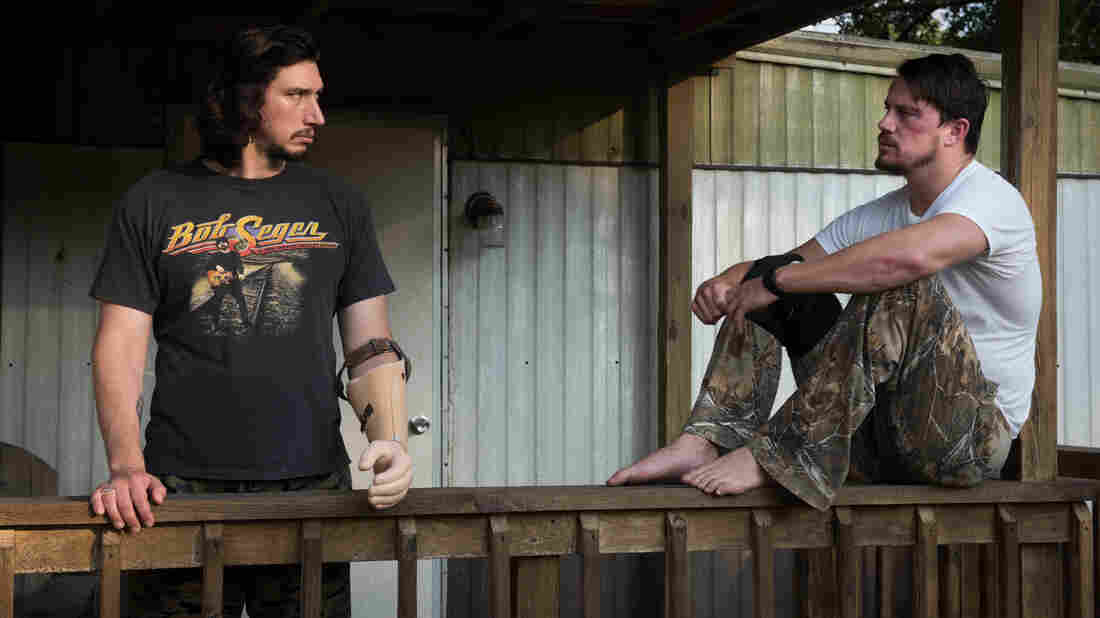 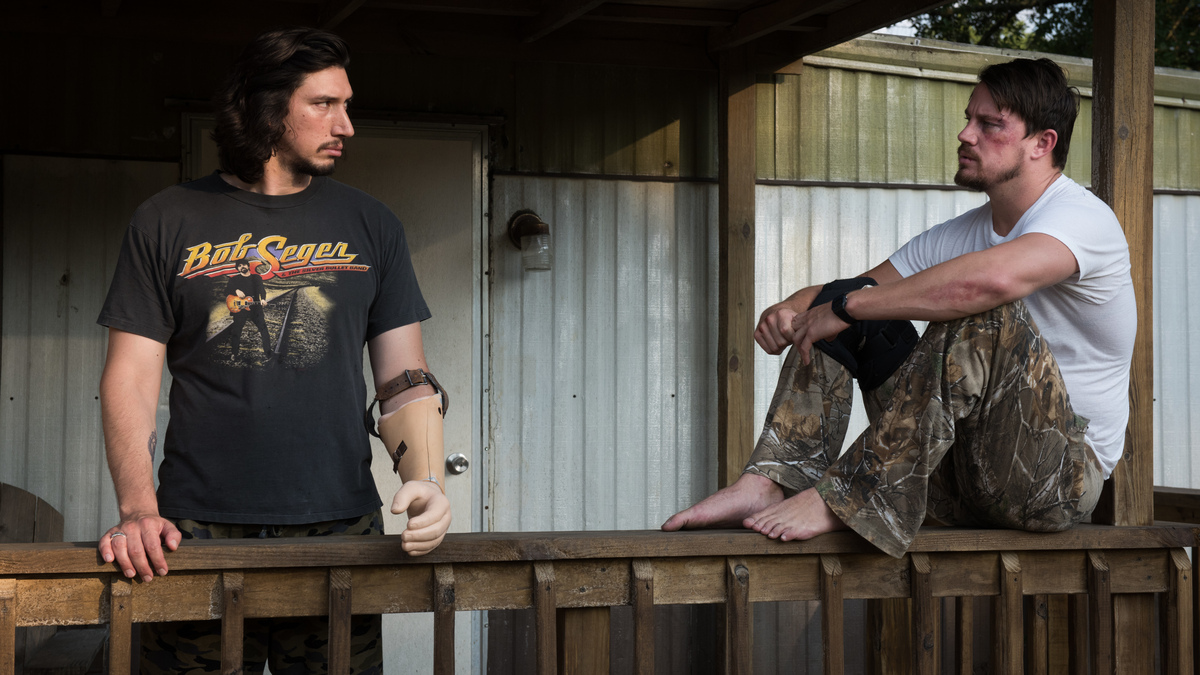 The term "Ocean's 7-Eleven" — a throwaway gag in first-time screenwriter's Rebecca Blunt's script for Logan Lucky — could have been the elevator pitch for this shaggy, Southern-fried caper comedy that marks workaholic director/cinematographer/editor Steven Soderbergh's return to feature filmmaking. (During his four-year "retirement" — his word — he kicked back and directed 20 hours of the Showtime series The Knick, and produced several other small-screen series. It's possible he did some sailing and maybe hit a few golf balls, too. Who can say?)

Soderbergh's endlessly rewatchable Ocean's Eleven remake from 2001 — the capstone of an incredible run that also gave us Out of Sight, The Limey, and Erin Brockovich, all in three-and-a-half years — was what made his rep as a master of this genre. Weirdly, Logan Lucky feels more like a Coen Brothers joint, specifically the ones where you can't quite shake the impression the filmmakers are mocking their characters, treating them with affection but not necessarily respect. Maybe it's that everyone here is affecting an accent. (See also: Raising Arizona and Fargo, two of the Coens' most beloved comedies about living astride the law.)

Some relevant facts: Soderbergh was born in Atlanta and educated in Baton Rouge. Blunt grew up in West Virginia, where much of Logan Lucky is set (though it was largely shot in the movie/TV tax haven of Georgia). Its two leads are Channing Tatum, who was born in Alabama and came of age in Tampa, and Adam Driver, a former U.S. Marine. Still, a slight air of condescension towards Trump Country persists, even if the film makes more thoughtful use of John Denver's hillbilly anthem "Take Me Home, Country Roads" than, uh, Alien: Covenant did.

Then again, to see this socioeconomic class represented in a movie at all is something of a rarity. Logan Lucky could be the comedic flip side of last year's sublime Hell or High Water, another tale of hard-luck brothers in crime. This one concerns the Logan siblings: High school football star-turned-divorced-coal-miner Jimmy (Soderbergh regular Tatum), maimed Iraq War veteran and bar owner Clyde (Driver) and hairdresser Mellie (Riley Keough). None of them has had the life they wanted. Jimmy's ex (Katie Holmes) is threatening to move away with their grade-school-beauty-contestant daughter. Clyde actually thinks their family is cursed. But once Jimmy is laid off from a job repairing sinkholes beneath the Charlotte Motor Speedway, he comes up with a plan to rob NASCAR, an organization that has extracted plenty of money from people like him.

This involves securing the participation of jailed demolition man Joe Bang, played by Daniel Craig. With his Bob-Mitchum-in-Night of the Hunter knuckle tattoos and his Robert Shaw-in-From Russia with Love frame and peroxide hairdo and his "no peekin' I'm 'bout to get nekkid" accent, he appears to be enjoying himself onscreen like he hasn't since his pre-007 days.

There are a few welcome surreal gags, like the identity of a mysterious figure referred to as "The Bear," and as always, Soderbergh's casting is perfect: Dwight Yoakam as a vain prison warden, Hilary Swank as a monotone F.B.I. Special Agent. But the heart of the picture is Tatum and Driver's easy chemistry. They may look exactly nothing alike, but you buy them as brothers.

It's rare to find any bloat in a Soderbergh film, but nothing in his poorly received Ocean's sequels is as painfully unfunny as Logan's subplot about a organic-food obsessed NASCAR driver and his manager — played by Sebastian Stan and Seth MacFarlane, respectively, with wigs and accents more phony looking than this movie's fight choreography. Soderbergh once built a whole movie around UFC star Gina Carano after catching one of her fights on TV — the movie that started his collaboration with Tatum, in fact — so it's not like he doesn't know how to do this. He's just making choices about what matters. In Logan Lucky, the punches look fake, but the laughs are real.