Accessibility links
Radiator Hospital's 'Dance Number' Is Here For Your Existential Bewilderment : All Songs Considered Play The Songs You Like is the latest Radiator Hospital record, 16 power-pop songs that no doubt run at fast clip, but giddily stick like those stretchy hands you buy for a quarter.

Sam Cook-Parrott writes songs like William Carlos Williams writes poems. "Cut Your Bangs," "Fireworks," "Down Again" all work in sharp images punctuated by a seemingly singular emotion, used as a lens to examine some complex feelings. Even long after he moved on from solo bedroom recordings to a full band (Jon Rybicki on bass, Jeff Bolt on drums, and Cynthia Schemmer on guitar/vocals), Radiator Hospital's punk-flecked power-pop songs are remarkably intimate miniatures perfectly punctuated, often in two minutes or less. 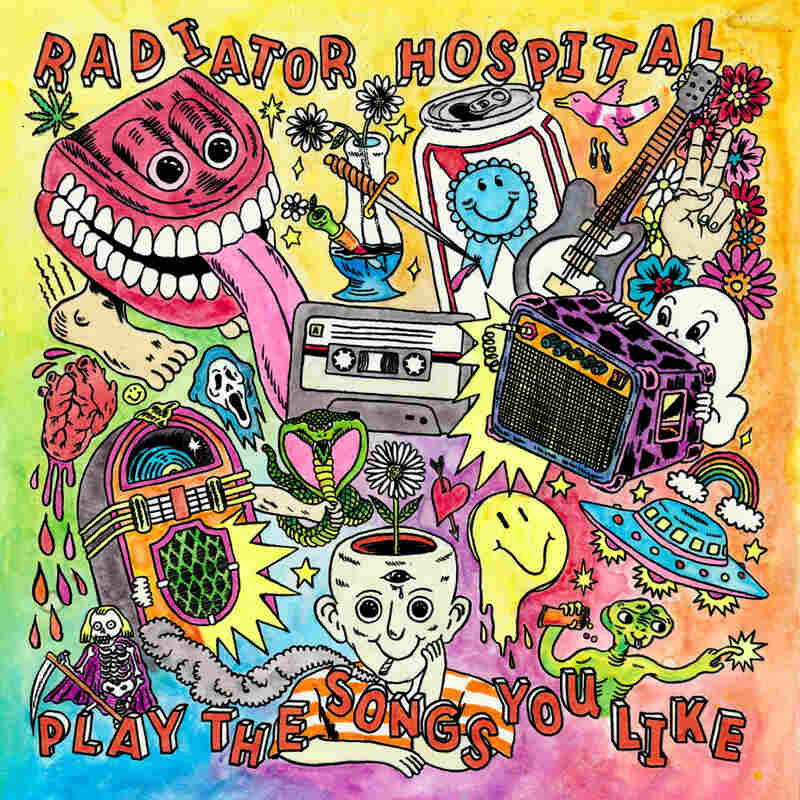 Radiator Hospital, Play The Songs You Like hide caption

Play The Songs You Like is the latest Radiator Hospital record, 16 songs that run at fast clip, but giddily stick like those stretchy hands you buy for a quarter. "Dance Number," accompanied here by Catherine Elicson's no-frills video, is a perfect example of Sam Cook-Parrott's grinning economy of pop.

"In between the notes in your favorite song, you try and figure where it went wrong," he sings on beat one, jumping ahead of his subject with a cute songwriting joke, quickly deflating the punchline, "But it went wrong long ago in many different ways." Cook-Parrott loves to write songs about songs and sounds, but his cleverness never gets in the way of sincerity, and in the starlit '50s drum swing of "Dance Number," his pinched and distinctive voice softens existential bewilderment: "I find meaning in this life when I wake up every day, but I'm feeling sick and tired in new and frightening ways."

Play The Songs You Like comes out Oct. 20 via Salinas Records.