Accessibility links
In 'Columbus,' John Cho Reckons With His Own First-Generation Culture Clash Cho, who moved to the U.S. from South Korea as a child, says the cultural distance his Columbus character feels towards his immigrant father was "an unwelcome reflection of my own life." 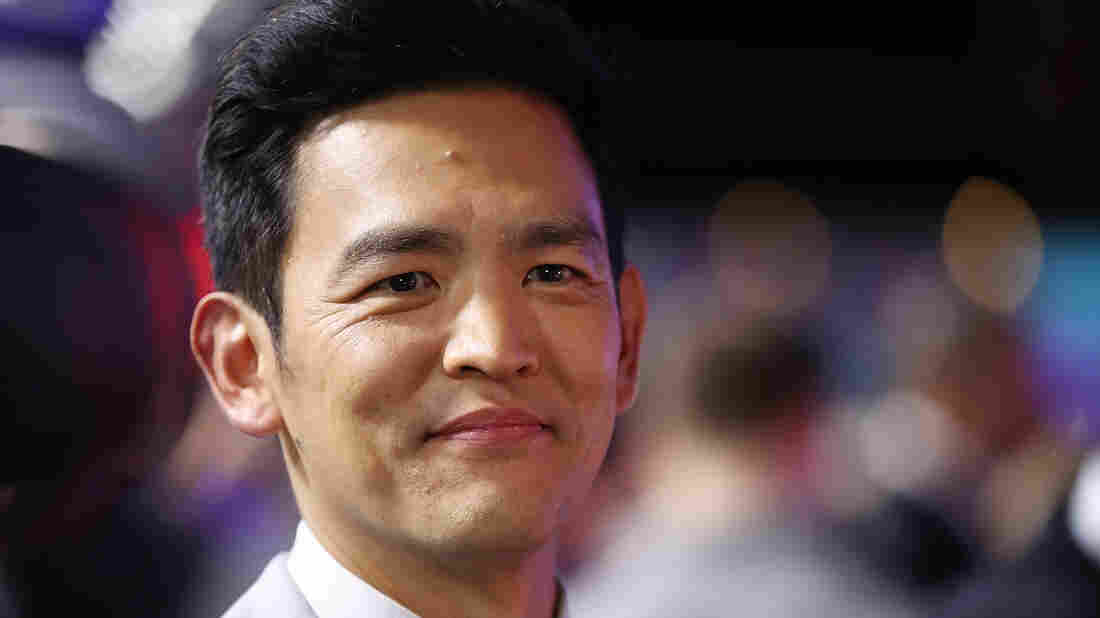 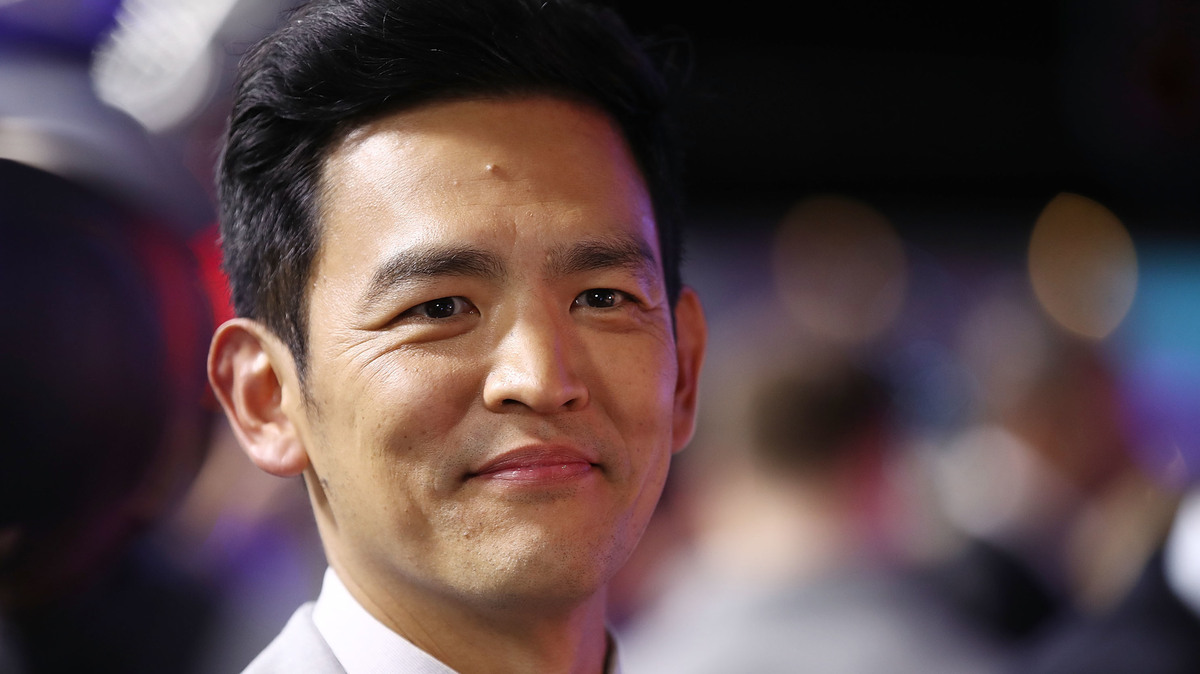 John Cho's film credits include Harold in the raunchy Harold and Kumar comedies and Sulu in Star Trek Beyond.

John Cho sometimes has a hard time taking life in Hollywood seriously. The actor was born in South Korea but grew up in the United States, and he says his experiences are vastly different from the deprivation his father saw as a child in what is now North Korea.

"My dad tried to eat [tree] bark, he was so hungry," Cho says. "Whenever I'm on my way to a premiere or something, I always have a good laugh in the car ... because it's all so absurd — I'm one generation removed from starvation."

'Columbus' Is Soulless, By Design

Cho's new film, Columbus, explores the cultural chasms that exist between different generations of immigrant families. His character, Jin, travels from Seoul, South Korea, to Columbus, Ind., after his estranged father falls into a coma there. Jin feels obligated to come to his father's bedside, despite the fact that they haven't spoken in years.

Cho says he's close to his family, but he understands how complicated issues of family and obligation can be. He says the film "felt like it was an unwelcome reflection of my own life. Immigrant children have to deal with this clash of cultures, what's expected from their parents [and] from this culture that they didn't grow up in."

On moving from South Korea to the U.S. as a child

I remember it. I was young enough ... where I could learn the language pretty quickly. And as a kid you're very adaptable, but I remember being traumatized going to that first day of school and not knowing the language. I mean, it's just crazy to think about now because I have children of my own and thinking about dropping my kid off at a school where he didn't know how to communicate with anyone, he couldn't tell if he was hurt, he wouldn't be able to express that. On the other hand, I learned how to swim, that's for sure.

On how absorbing American culture led to clashes with his parents

I remember reading, as a kid, a Judy Blume book, Tales of a Fourth Grade Nothing, and I remember reading Peter, the main character, was told, "Go to your room!" by his parents. And he said, "Be glad to!" and stormed off to his room. And I thought, Wow. That was cool!

And I was told that by Korean immigrant parents — "Go to your room!" — one night, and I pulled that out of my hat and said, "Be glad to!" and promptly received a thrashin', a full-on beat down. ... I've been thinking about that in some form, this cultural disconnect between parent and child, all my life.

On how his family's frequent moves helped prepare him for acting

I've often reflected that ... the trauma that I'm trying to master by being an actor is this central trauma of being a new kid, being unable to speak. ... The scariest thing is to go into a new situation for myself, and yet I have a job where I do that every few months, meet a hundred new people and then have to perform in a very highly pressurized environment. And why would I do that to myself? You'd think I would avoid it. But I think I'm trying to probably master it by leading this nomadic, itinerant lifestyle. Essentially, I'm moving and going to new schools every few months.

I think my parents were surprisingly cool with me entering the arts. Although, I think they thought it was going to be a phase and they didn't expect me to actually stick with it, and rightfully so. They were concerned whether I could afford groceries, being an actor.

But I've said this before: I feel like immigrants sometimes — they're such risk-takers. Because I can't imagine moving to another country. They're pioneers; they're cowboys. And yet they often encourage really conservative choices from their children, which makes sense.

And then on the other hand, I sometimes wish immigrant parents would talk about happiness more with their children, and the pursuit thereof, because they're guilty of pursuing happiness as well. I think that's the problem: They feel guilty about pursuing their happiness, so they frame it in terms of duty and obligation. And they said, "We came here for your education," which I'm sure is true, but I think it's also true they wanted to be happy elsewhere.

Early on I just started saying, "I don't want to go in for those." And I had no right to [say that] — I had no experience, had no standing in the business, as it were, but it struck me as not worth it to do that. So I just tried to say no to those auditions. ...

But I remember very early on — I can't remember what job it was — being asked to do something that I was slightly uncomfortable with politically in that sense. ... I think it was laughing at an accent or something like that. ... But what people don't really see is when you perform that, particularly back in the day, there are no other people of color on set. It was all white men laughing at this joke about Asians. And I remember thinking, This feels terrible. This feels wrong and I don't ever want to feel this again. And so I've tried my best to avoid those situations.

It was really funny, really clever, really raunchy, but really funny and smart, and it said things about race that were funny to me and that were insightful. It was very insightful and it pushed back against certain stereotypes, and I liked that. ...

A little tidbit: There was stuff in the movie that didn't quite make the cut. [The directors] had written in more verbiage about being Korean and being Indian. They wrote that stuff with a heavy hand, because they were afraid that an executive at some point would try ... to change the characters' race to white. And so they felt, as a defensive measure, that it would be wise to put as much cultural data in the script as possible, so people wouldn't get that idea.

Lauren Krenzel and Therese Madden produced and edited this interview for broadcast. Bridget Bentz, Molly Seavy-Nesper and Nicole Cohen adapted it for the Web.