Accessibility links
'Cabaret Hurricane' Bridget Everett Moves To The Big Screen In 'Patti Cake$' The comic and cabaret performer says she's had audience members walk out of her raunchy live act. In her new film, she plays a washed-up local rock star whose daughter is an aspiring rap artist. 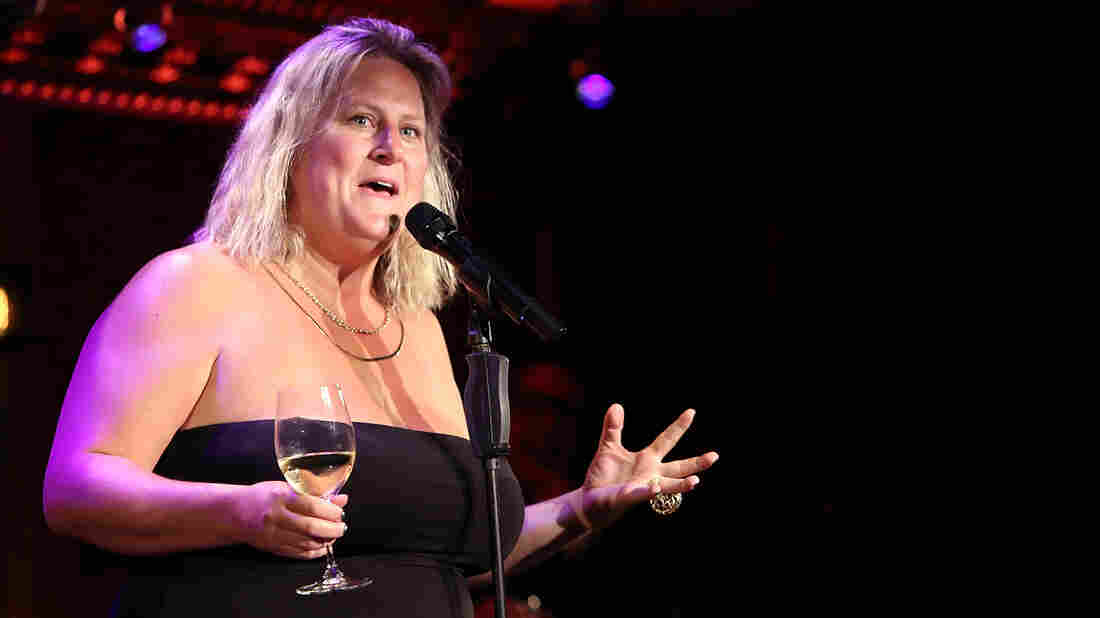 Bridget Everett says her live act is about "the power of owning your own body." Monica Schipper/Getty Images hide caption 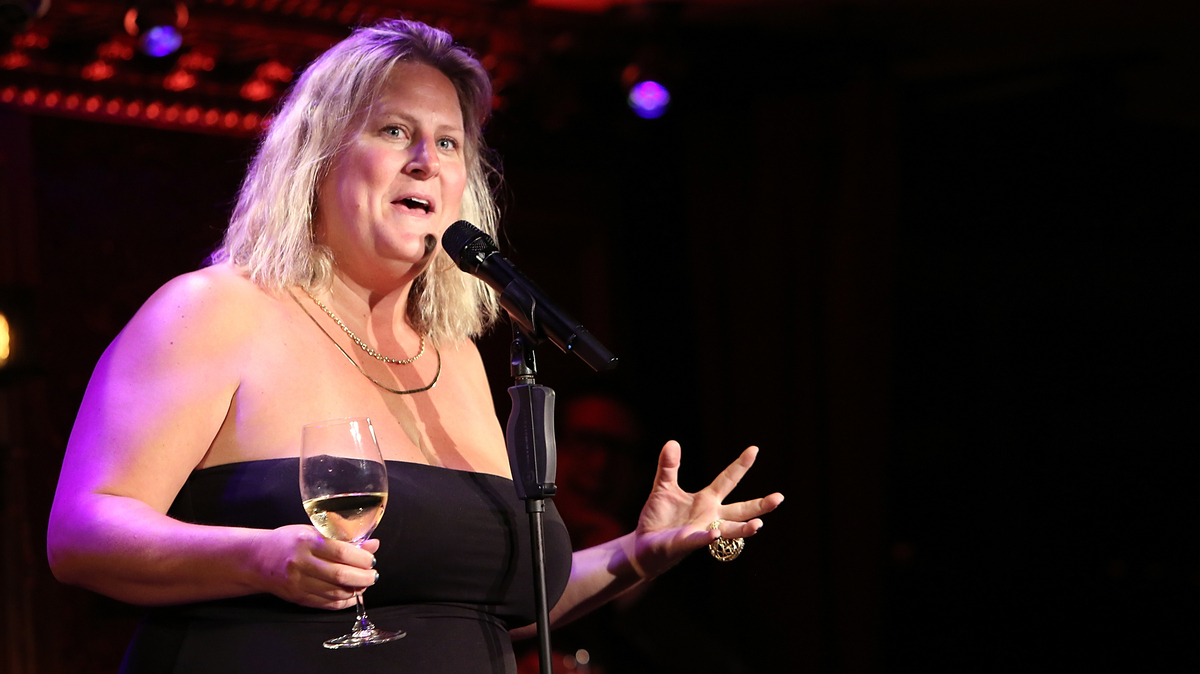 Bridget Everett says her live act is about "the power of owning your own body."

When comic and cabaret performer Bridget Everett takes the stage, she really takes over. Everett, who is 6 feet tall and plus size, has been known to sit in audience members' laps and even coddle their heads between her breasts during her raunchy live act. "Somebody used to call me a cabaret hurricane," she says.

But Everett insists that her wild act is about more than just shocking the audience. "I also try to mix in stories that are part of the pain and part of the stuff that keeps me ticking. ... It's sort of like a rock 'n' roll, punk rock cabaret [with] lots of tender moments."

Everett notes that she's always had a "blue sense of humor," which she has showcased on the TV show Inside Amy Schumer. In the new film Patti Cake$, Everett plays a single mom, Barb, whose daughter is an aspiring rap artist. Barb wanted to be a rock singer, but never made it, and she assumes her daughter will also be crushed by her unfulfilled dreams.

On how she landed the part of Barb, her first dramatic film role

I had never done a dramatic role before, and I've never taken an acting class or anything. But Geremy [Jasper], the writer/director of Patti Cake$, was involved in the Sundance Labs and thought that I should give it a shot. He saw me singing on Inside Amy Schumer, running around and being wild and stuff, and he's like, "You should be the mother in my movie."

He just kind of took the pressure off. He's like, "Come to Sundance. Don't worry about getting it wrong. Just come here, and I think this is all going to work out." So I just took the chance.

On how she got into cabaret 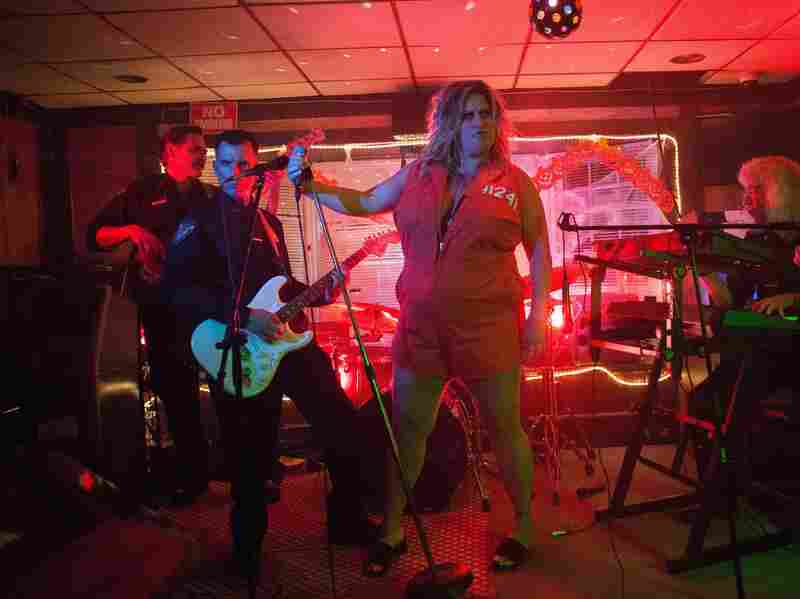 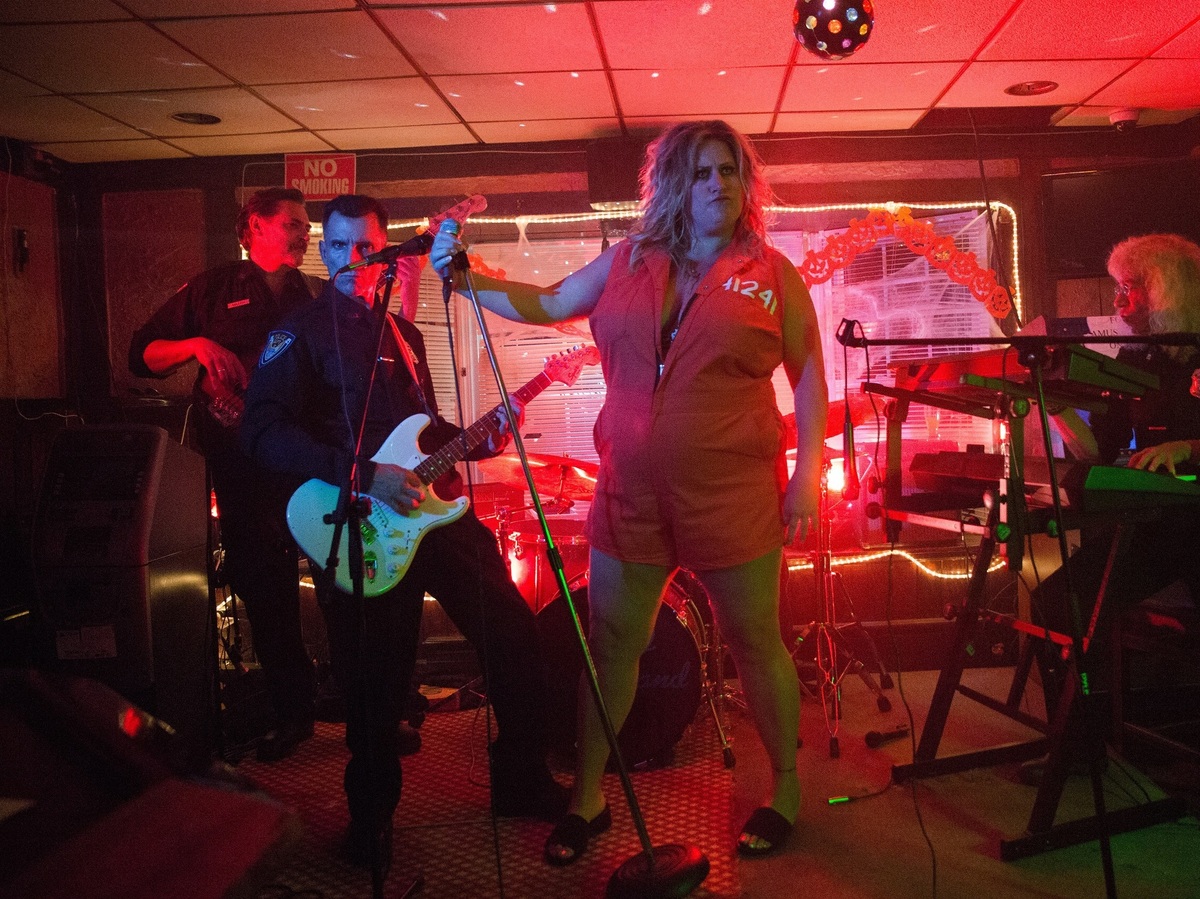 I went to school and studied opera. I got my degree in vocal performance, and then I moved to New York so I could try Broadway and all that. And I got my equity card really quick doing a children's theater tour, but I quickly realized that it just wasn't for me.

There's not a lot of roles for somebody like me: I'm 6 foot tall and I've got a big build, you know. I can't think of anybody that looks like me that was up on that Broadway stage a lot. And I can't dance. I just felt like I had to make a path for myself, and so I started singing and telling stories and got into that cabaret life. ... I'm really happy I found it, because it's just opened up my heart and my world and everything. I love it so much.

On how audiences react to her raunchy act

It's not like I haven't had people walk out, and I kind of like that because I want people to have a reaction. I'd rather be doing something that thrills people or disgusts them. But honestly, the audience is what shaped my performance. They kept wanting more and more of me, and I just kept giving it to them until I felt I had found my sweet spot and my voice. People will come back again and again, and sometimes they'll bring their mother or their grandmother or their kids or something, and it's kind of insane.

I really love Barry Manilow, and I also loved Freddie Mercury and Debbie Harry and, of course, Bette Midler. ... When you see Freddie Mercury perform ... and he's kind of wild and looked a little different ... it just gave me a lot of hope that there was a space for me somewhere. ...

[Manilow] just says what's on his heart and mind, and I really like that. And I love all the key changes and just the drama of it. It's sort of the soundtrack of my youth.

There [were] a lot of nights where my mom would be sitting in her blue chair, having a scotch, and I'd be brushing her hair and we'd be listening to Manilow and she'd be cryin'. And, I don't know, it just brings me back to the sweet life. ...

Music was always in our house. When we were growing up ... [my] parents got divorced and all that, but the best times were, like, singing and drinking around the piano, singing Manilow or Lionel Richie or show tunes. It's just the sweet spot.

Ann Marie Baldonado and Heidi Saman produced and edited this interview for broadcast. Bridget Bentz, Molly Seavy-Nesper and Nicole Cohen adapted it for the Web.