Accessibility links
Undocumented Teens Say They're Falsely Accused Of Being In A Gang The clothes and colors students wear to school, the classmates they speak to and what they're suspended for is being used as evidence in immigration court that students are affiliated with MS-13. 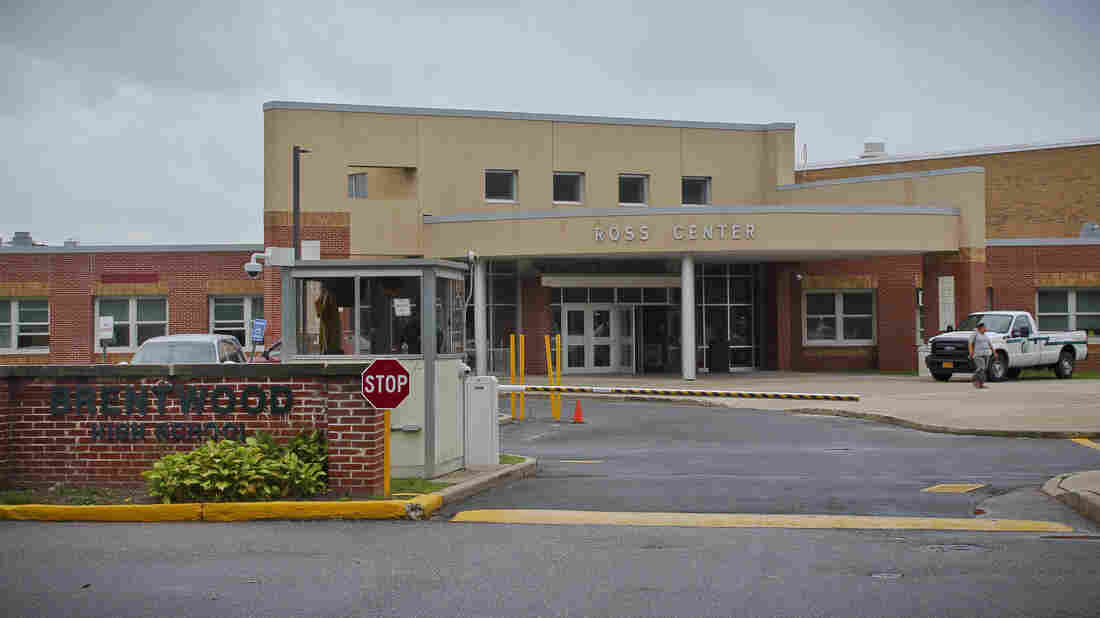 One student says she's scared to go back to Brentwood High School in Long Island after spending a month in the immigration wing of a county jail. She was suspected of being affiliated with MS-13, but she was released after a judge found there wasn't enough evidence. Frank Eltman/AP hide caption 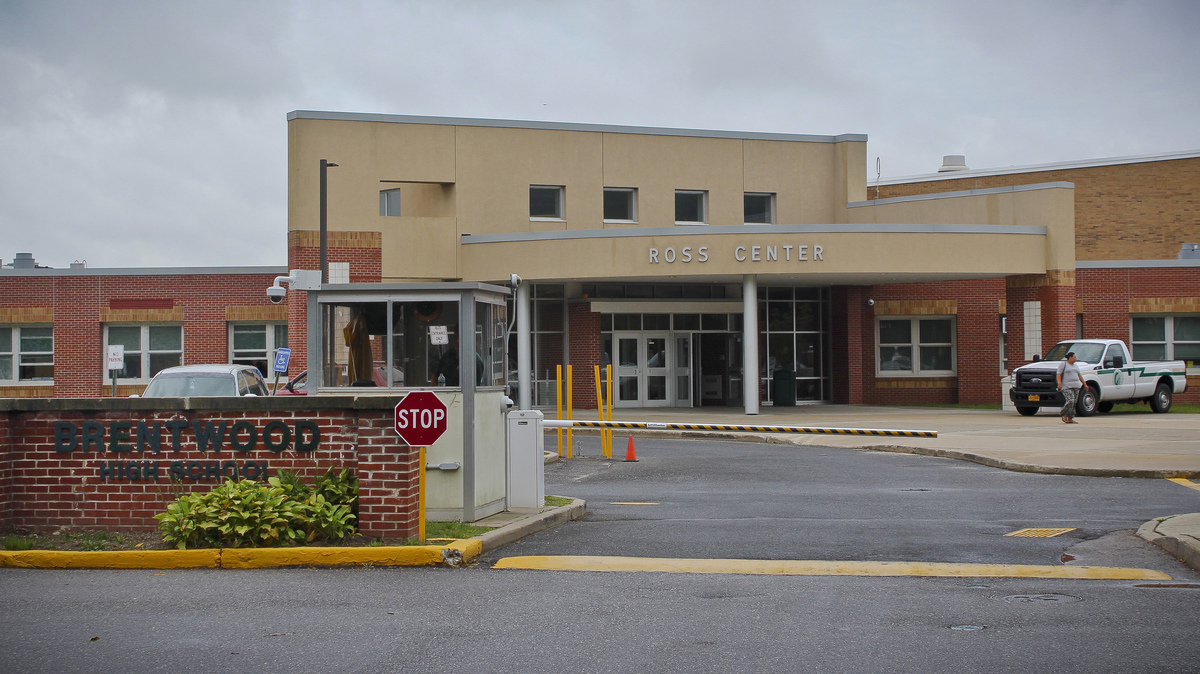 One student says she's scared to go back to Brentwood High School in Long Island after spending a month in the immigration wing of a county jail. She was suspected of being affiliated with MS-13, but she was released after a judge found there wasn't enough evidence.

When immigration agents picked up a high school junior at her home in Brentwood, Long Island this summer, they didn't put handcuffs on her until after she got in their car so her mother wouldn't have to see.

"I couldn't hug her or touch her," the mom said in Spanish. "It was heartbreaking to see my daughter that way."

Her daughter is accused of being affiliated with the violent gang known as MS-13, which has claimed 17 lives in Suffolk County since January 2016.

The evidence used to detain her: she was "observed at Brentwood High School with other confirmed MS-13 members," and school officials found marijuana in her locker.

Despite Escaping To The U.S., These Brothers Are Still Terrorized By The MS-13 Gang

It wasn't enough evidence for a judge. The teen was released after spending a month in the immigration wing of a county jail in New Jersey. And now she doesn't want to go back to her high school.

"I'm scared to go back to that school," she said in Spanish. "Look at everything I went through just for attending that school."

According to federal Immigration and Customs Enforcement documents in a number of cases reviewed by WNYC and NPR, the clothes and colors students wear to school, the classmates they speak to and what they're suspended for is being used as evidence in immigration court that students are affiliated with MS-13, and that they should be detained and deported.

It has raised questions from lawyers and civil rights groups about how much intelligence is being obtained from public schools.

He said he has dozens of clients, all immigrant high school students, who have been picked up by immigration and accused of gang membership.

"None of them have been convicted of crimes, keep that in mind," Johnson said. "They have no criminal history. They never hurt anyone. They are from Central America and this administration is hunting them in the false name of public safety."

The teen from Long Island walked to the U.S. from El Salvador, without a parent, when she was 16-years-old. It took a month-and-a-half.

NPR agreed not to name the students because they worry that speaking out could hurt their cases.

Thousands of so-called "unaccompanied minors" have fled violence in Central America in recent years. The classifications mean the government cannot turn them away, and must resettle them somewhere in the country. But if immigration authorities believe they are a threat or danger, they can seek to deport them.

In one case, Johnson says his client was suspended from school for drawing bull horns on a school calculator, a symbol associated with the MS-13 gang.

He is now in detention.

Another young person is in detention after being arrested by police for fighting on a soccer field with a suspected MS-13 member.

According to documents obtained by his lawyer, police were notified when he was suspended from school from drawing the numbers 503 in a notebook. It's the international calling code for El Salvador, where the teen is from, and where the gang, which started in Los Angeles, has ties.

He said they do not share student suspensions with police. They're not allowed to under a federal law called the Family Educational Rights and Privacy Act, which protects the privacy of student records. But he pointed out there is a Suffolk County police officer, called a school resource officer, in schools.

"There are a number of ways," Sini said. "And kudos to school recourse officer for being diligent."

The American Civil Liberties Union has filed a class action lawsuit against the Trump administration saying immigrant teens are being "illegally" detained in "jail-like facilities" based on unsubstantiated evidence that they're gang members.

The New York chapter of the ACLU is investigating whether schools are sharing confidential information.

Being in a gang isn't a crime

Police believe there are about 400 confirmed MS-13 gang members in Suffolk County. But police cannot arrest people just for being in a gang. They have to commit a crime.

So police have created a list of people they believe to be MS-13 members and they "assign police officers to individual gang members," Sini said, waiting for them to commit any offense.

And if a suspected gang member is undocumented, police notify immigration.

And after the gruesome murders of teens in Long Island found hacked to death by machetes, Homeland Security launched "Operation Matador" in May 2017. It's focused on eradicating MS-13 in New York and Long Island, said Angel Melendez, the special agent in charge for ICE's Homeland Security Investigations in New York. The name of the operation is reference to a bull fight.

"The third stage is when 'el Matador' comes in to finish," Melendez said. "And that's our commitment, to finish."

He's confident everyone they have detained or arrested or identified as gang members are MS-13 — even if a judge isn't convinced.

"My agent's job is to present evidence. What is determined after that, that's beyond my control, and we continue to do what we do," Melendez said. "And most of these cases I'm pretty sure that many of them will fall back and we will be arresting them again."