Accessibility links
Did A Bail Reform Algorithm Contribute To This San Francisco Man's Murder? The July murder of photographer Ed French, is raising questions and concerns about a pretrial risk assessment computer tool used by a growing number of county and city courts. 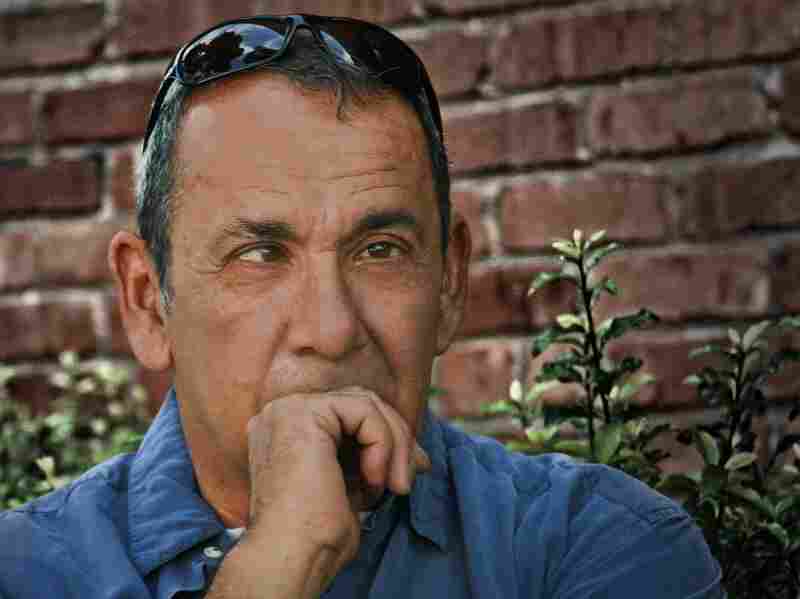 Edward French, 71, was killed in San Francisco on July 11. One of the murder suspects was arrested two weeks before his death for gun possession and parole violations. The suspect was released based on a "public-safety assessment score" — a computer generated score that helps calculate whether a suspect is a flight risk or likely to return to court. Courtesy of Brian Higginbotham hide caption 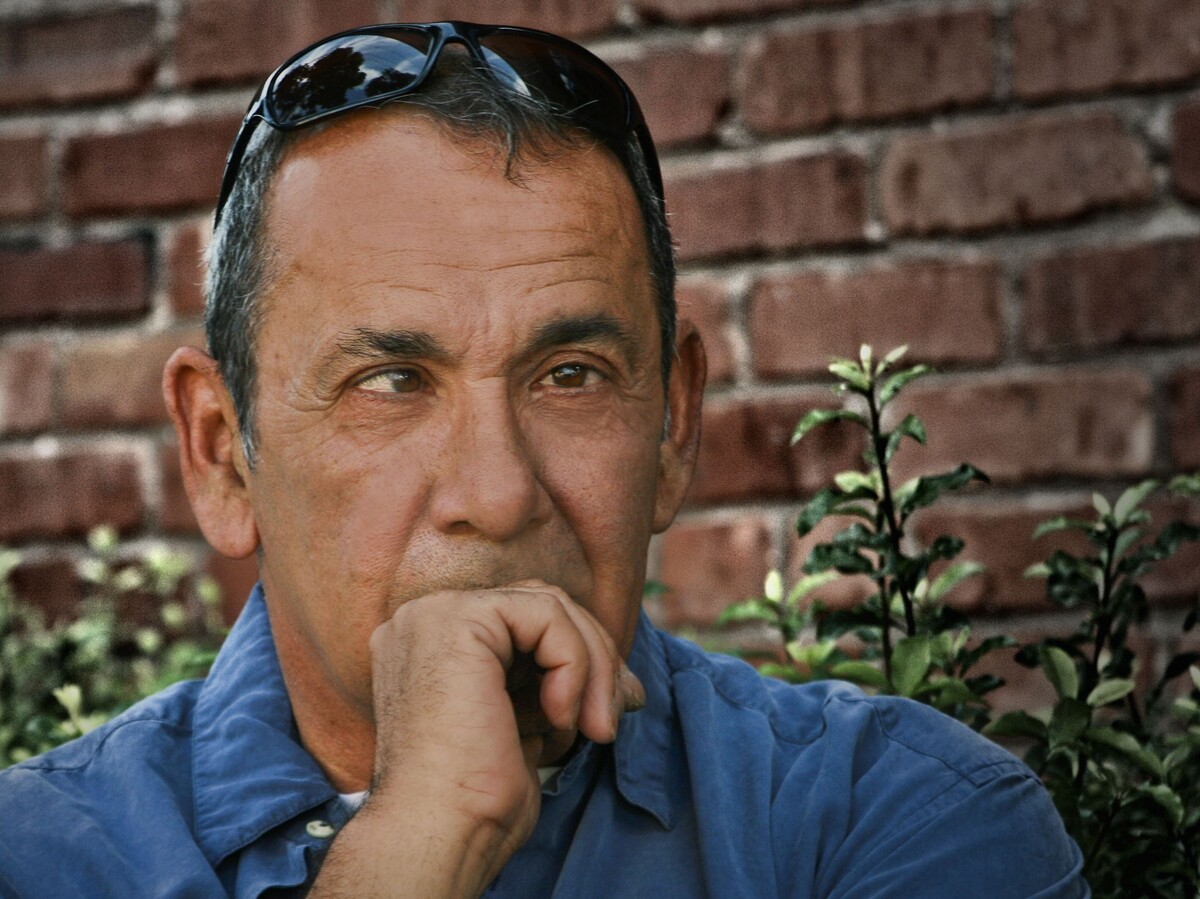 Edward French, 71, was killed in San Francisco on July 11. One of the murder suspects was arrested two weeks before his death for gun possession and parole violations. The suspect was released based on a "public-safety assessment score" — a computer generated score that helps calculate whether a suspect is a flight risk or likely to return to court.

In the dawn hours of July 16, Edward French, a professional film and TV scout and avid photographer, stood atop Twin Peaks, the famed San Francisco hillside with its panoramic views of his hometown.

French, 71, had his camera with him, as he always did.

"He knew beautiful places. He was trying to catch the sunrise coming up Sunday morning, especially the way the city's skyline is changing," says Brian Higginbotham, French's longtime partner.

"I'm sure he was just up there sitting against the wall taking that classic shot you see down Market Street with the East Bay in the distance."

That's when, it is alleged, 19-year-old Lamonte Mims and 20-year-old Fantasy Decuir accosted French, stole his camera, and shot him with a handgun.

Prosecutors have said they have video surveillance evidence that Decuir pulled the trigger while Mims robbed the photographer.

A nearby jogger heard the gunfire, called 911, and administered CPR.

It was too late. French was dead. 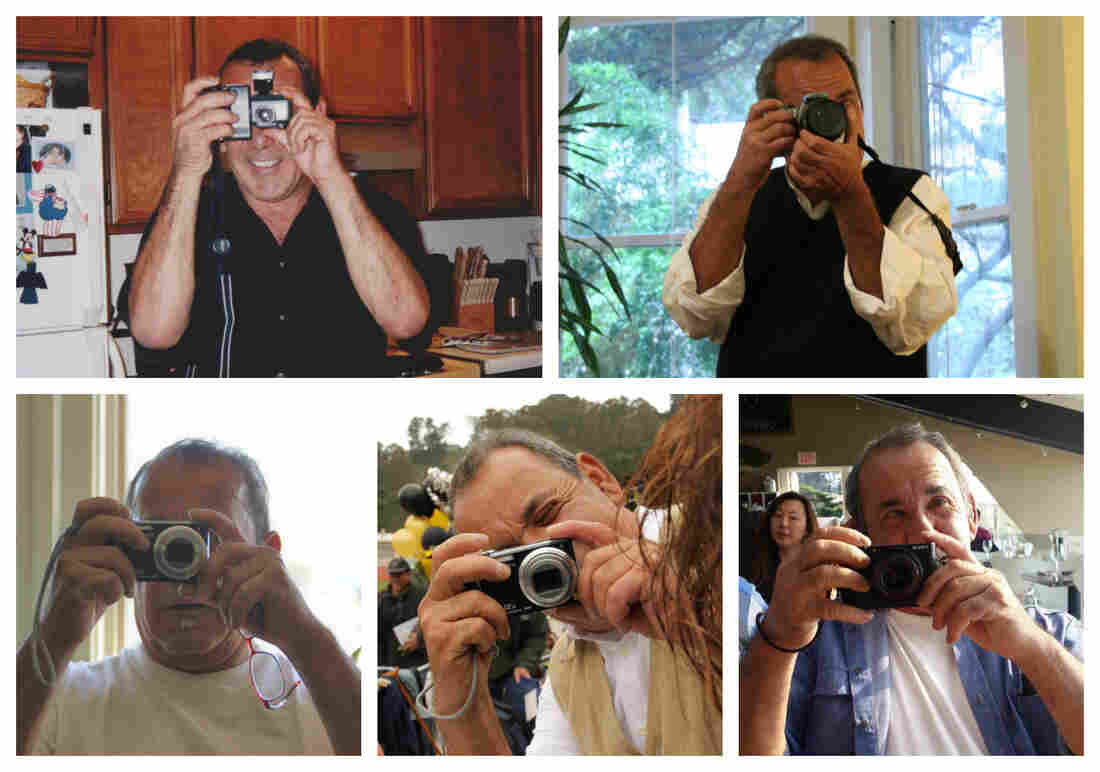 Ed French, a film scout and avid photographer, always had his camera in hand. Courtesy of Brian Higginbotham hide caption

"I'm still kind of in shock. We are just all numb," Higginbotham says in the court's hallway after attending a recent plea hearing for the suspects.

Both Mims and Decuir entered not guilty pleas.

French's murder is raising new questions and concerns about the use of a pretrial computer tool used to help determine if defendants should walk or be held until trial. Supporters say the risk assessment algorithm is helping reduce jail crowding and increase public safety by offering judges "validated, evidence-based data" on which defendants should be released before trial.

In this case, Mims was already on felony probation after an arrest last November for breaking into cars at Twin Peaks, a popular tourist spot. He did three months in jail.

Then on July 4, police arrested him again, this time for gun possession and parole violations.

Judge Reardon followed the recommendation of what's called a "public-safety assessment" or PSA score. It's a computer-generated score that's used here to help calculate whether a suspect is a flight risk or likely to return to court.

"I mean, he's violated two probations. He was a convicted felon. And he had a gun charge just five days before the murder of Ed French! It's absolutely crazy. I think the judge has to be held accountable," he says.

That score system was created by the Texas-based foundation of billionaire John Arnold, a former Enron energy trader who later built and ran his own hugely successful hedge fund. The foundation, which advocates for criminal justice reform and other social issues, gives the PSA tool free to any jurisdiction that wants it.

Today, judicial systems in two states and 29 counties — including those for Chicago, Houston, San Francisco and Phoenix — are using the tool.

Nine risk factors are plugged into it, including criminal history, age, current charges, and past charges. The tool then spits out a score for a judge to consider.

The foundation says the algorithm generates gender-and-race-neutral "evidence-based data" on which defendants should be released before trial offering judge's "reliable, predictive information about the risk that a defendant released before trial will engage in violence, commit a new crime, or fail to return to court."

In the case of French, a miscalculation ended in murder.

"It just underscores the problem of having some kind of algorithms that no one really understands making these kinds of determinations," says Los Angeles Deputy District Attorney Eric Siddall, who works with L.A.'s Hardcore Gang Division and is vice president of the union representing the city's deputy DAs.

L.A. does not currently use this computer tool, and Siddall hopes it stays that way.

"It's very hard for a judge to go against this type of risk assessment program because it's couched in science," Siddall says. "They don't want to be overturned, they don't want to look like they're being capricious. So if there's an algorithm that says 'keep them out of custody' even if their instinct and the record say otherwise, they're going to follow what the algorithm says," Siddall argues.

The head of the non-profit that runs this assessment tool for the San Francisco sheriff's office, called the Pretrial Diversion Project, tells NPR it appears her staff mistakenly entered incorrect data about suspect Mims.

The project's CEO Nancy Rubin says someone miscalculated the number of days Mims had previously spent in jail, which created what she calls an incorrect score for the judge to review.

In a recent letter to the head of the San Francisco Superior Court, Rubin vowed to quickly "re-train staff with a sharp focus on insuring a proper interpretation of the various ways sentences to jail may appear on RAP sheets..."

But the judge in this and every case also have the defendants' RAP and charge sheet, in theory, to help determine whether to release the defendant, which underscores Siddall's point that the algorithm may be carrying too much weight with judges.

"It's a perfect example of why the PSA is flawed," says New Jersey bondsman Chris Blaylock, who runs the website and blog US Bail Reform which is sharply critical of the Arnold Foundation and its algorithm tool. "Its sole purpose is to promote the mass release of offenders with the least restrictive conditions possible regardless of the charges."

Advocates of the PSA tool like to say it's 'just one more tool' a judge can use. But Blaylock says French's murder shows that is a fallacy.

"Removing judicial discretion in pretrial release decisions in favor of a 'Magic 8-ball' is dangerous and reckless — and in this case it cost an innocent man his life," he says.

"The Court has no comment on the tool or its use," spokeswoman Ann Donlan wrote to NPR.

Critics of the cash bail system, meantime, are calling reform efforts a national civil rights priority. They argue that it's the clearest example of a two-tier justice system. Thousands of low-income defendants not convicted of a crime — many of them minorities — are locked up for months or even years while they wait for trial because they can't afford bail, Estimates range from 14 percent of the jail population in Los Angeles to nearly 40 percent in New Jersey.

The affluent, by contrast, often go free on bail.

"The entire debate we're having in this country around bail reform is primarily because people are now kept in custody based on how much money they have. And instead this risk assessment looks at other factors. Is it a perfect tool? By no means. Is it a better tool than simply money bail? Absolutely," Adachi says.

"We feel as though the calculations have not been done accurately on many occasions," he says.

Still, Bastian says, it's better than a return to what he calls an unequal all-cash system.

California's legislature is debating how to move away from a cash bail system with proposals currently stalled in the legislature.

In Washington, D.C., an unlikely duo has teamed up — liberal, first-term Sen. Kamala Harris, of California, and Libertarian representatives teamed up — on proposed legislation to encourage states to consider alternatives to cash bail.

Meantime, officials at the Laura and John Arnold Foundation say they're currently studying the assessment tool's impact in the cities and counties where it's currently being used.

The Foundation's Vice President of Criminal Justice Matt Alsdorf says the bail industry is unfairly using this and other cases to try to keep its grip on a lucrative, antiquated, unjust system.

"These tragic incidents are being used by a vested interest to try to return to a money bail system that is simply not effective, creates massive injustices, and it doesn't protect the public effectively," he says. "There is huge appetite across the nation" for bail reform, he adds, "and we believe that the PSA can play an important role in helping jurisdictions reform."

Alsdorf adds the foundation is always looking at tweaks and adjustments to the PSA algorithm and looking to improve it with feedback from court systems.

But Lorrie French, the murder victim's sister, says the tool's failure in this case should leave people questioning the PSA tool and the judges who put too much stock in it.

"The judge is as responsible for my brother's death as the people that murdered him," Lorrie French says.