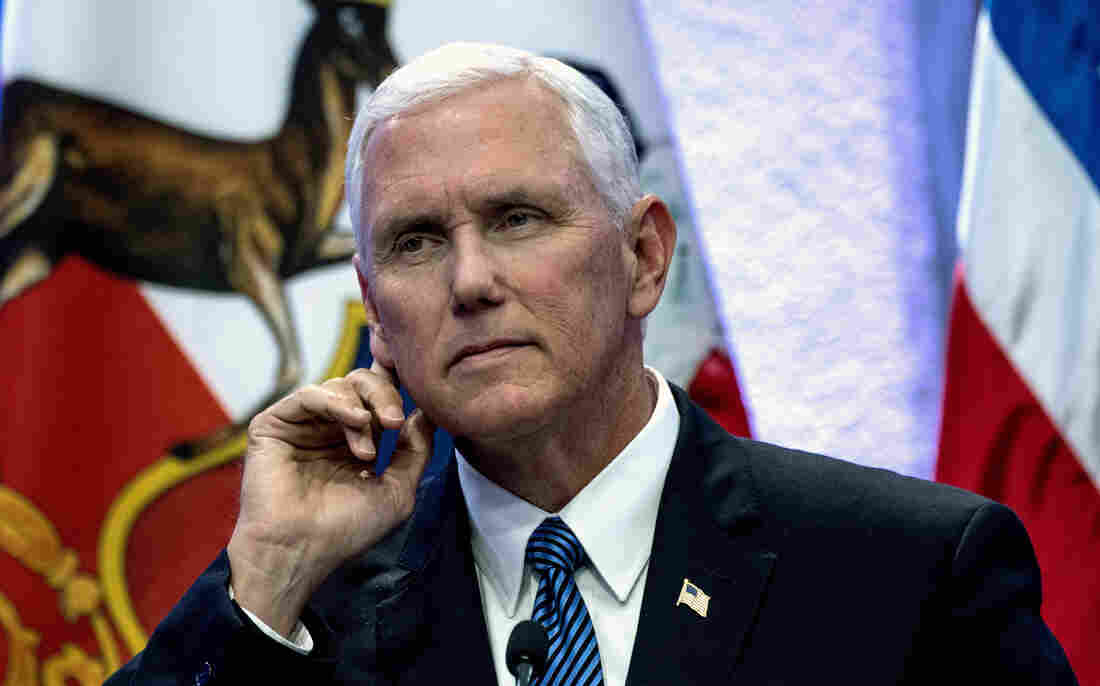 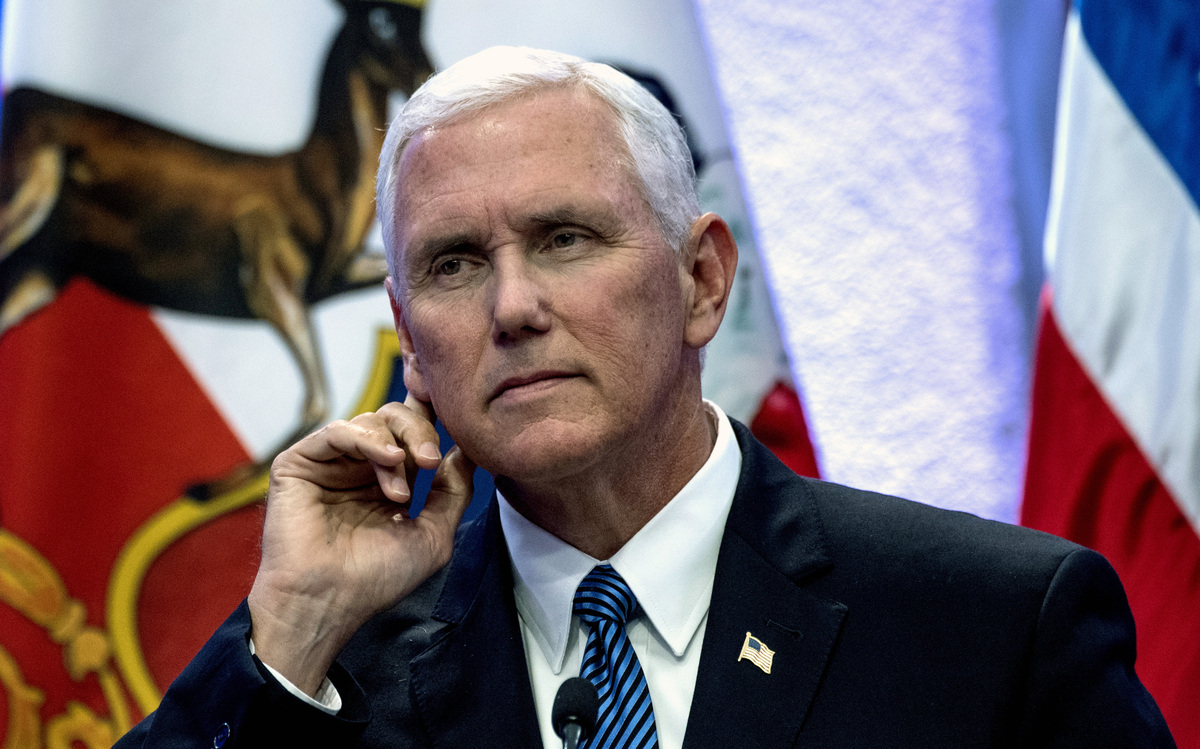 While President Trump spent the week mired in controversy, Vice President Pence was on a five-day tour of Latin America. He might as well have been in an alternate universe, one where Trump always says the right things in the right way and leads with broad shoulders.

Overseas, Pence has taken on the role of Chief Trump Translator, offering reassurance to allies in soothing tones while projecting unflinching loyalty to the president by quoting him repeatedly and with reverence.

In just one speech to business leaders in Argentina, Pence referenced or quoted Trump 22 times. The version of President Trump that Pence quotes is a man who only says the most presidential things.

"As the president said earlier today, the United States condemns this terror attack, and we will do whatever is necessary to help," Pence said Thursday in a speech in Panama.

But 45 minutes later, the president used Twitter to praise a mythical war crime committed against Muslims.

Pence didn't see fit to quote that one.

Just before Pence left for his trip, Trump surprised many by suggesting military options were on the table to deal with the political unrest in Venezuela.

"We have many options for Venezuela including a possible military option if necessary," Trump said in an exchange with reporters at his Bedminster, N.J., golf club.

Given the history of U.S. intervention in the region, Trump's statement was not well-received, and several Latin American leaders publicly pushed back, including during press conferences with Pence.

On the trip, he never contradicted Trump on this — but he also never publicly mentioned the possible use of force.

"As President Trump said just a few days ago, 'We have many options for Venezuela.' But the President also remains confident that, working with all of our allies across Latin America and across the wider world, that we can achieve a peaceable solution restoring democracy and ending the crisis facing the people of Venezuela," Pence said in Buenos Aires (and repeated almost word for word in every speech). "But it will take all of us to do it."

After more than a year by Trump's side, Vice President Pence has made an art of sanding off the rough edges of the president's remarks.

Donald Trump And Mike Pence, The Odd Couple In The White House

"I think it's a pretty amazing skill," said Cynthia Arnson, who runs the Latin American program at the Woodrow Wilson Center. "He is very effective in coming across as extremely reasonable, at understanding the perspectives of countries in the region and explaining U.S. policy in a way that is much easier I think for countries and leaders in the region to hear."

There's often a formula in how Pence does this, a two-step process. First, selectively amplify part of what the president said, like "many options" or " 'America First' doesn't mean America alone."

Then in Step 2 of Pence's Trump translation process, the vice president emphasizes something the president hasn't emphasized or even said.

The day before, Trump had failed to specifically call out white supremacists and neo-Nazis in his statement about Charlottesville, Va., saying instead, "We condemn in the strongest possible terms this egregious display of hatred, bigotry and violence, on many sides. On many sides."

Responding to a question about criticism of Trump's statement, Pence both selectively quoted Trump and then added his own condemnation of neo-Nazis and others.

"Yesterday, President Trump clearly and unambiguously condemned the bigotry, violence and hatred which took place on the streets of Charlottesville," Pence said. He added, "We have no tolerance for hate and violence from white supremacists, neo-Nazis or the KKK. These dangerous fringe groups have no place in American public life and in the American debate, and we condemn them in the strongest possible terms."

He then ventured to add context to what Trump had meant by "many sides."

"The president also made clear that behavior by others of different militant perspectives are also unacceptable in our political debate and discourse," Pence added.

In public, Vice President Pence allows no space between himself and the president. In Argentina he sidestepped a question about White House staffing drama and attacks on the national security adviser. Pence thanked the reporter for the question, then praised Trump's global leadership, at length.

And in Chile, the day after Trump's press conference that was criticized by numerous high-profile Republicans and praised by white nationalists, Pence made a point of taking questions from reporters (even though Chilean President Michelle Bachelet resisted holding a joint press conference).

As he had to have expected, Pence was asked to respond to what Trump said in the press conference. Here's what Washington Post Reporter Phil Rucker asked:

"The remarks made by President Trump yesterday about the violence in Charlottesville, Va., alarmed many Americans, including Republican supporters. Do you agree with the president that there were good people among the white supremacist protesters and that there was blame to be had on both sides? And more broadly, sir, do you believe that Confederate statues should be removed, as is happening in many cities across the South? Or do you agree with the president that the Confederate Gen. Robert E. Lee should be considered in the same pantheon as George Washington?"

Pence paused for a full five seconds before answering. Then, he sidestepped the specifics, saying instead that what happened in Charlottesville was a tragedy.

"The president has been clear on this tragedy, and so have I," Pence said. "I spoke at length about this heartbreaking situation on Sunday night in Colombia. And I stand with the president and I stand by those words."

"Those words" being Pence's, who days earlier had condemned neo-Nazis, white supremacists and the KKK.

Pence did not comment specifically on Trump's words, but as he has for the last year through many a Trumpian firestorm, he stood by the president.